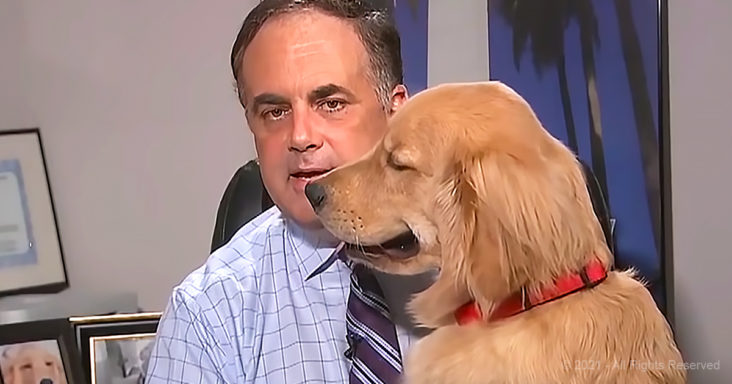 Dogs love to get involved. They just don’t always know how to go about the job effectively. Take Brodie here for example.

Animals have a sixth sense when it comes to knowing when their humans are in the middle of doing something important. Like live-streaming the weather.

Brody the golden retriever decides that his human could use some help in delivering the forecast. He gives the laptop in use a good bop with his furry noggin.

Then he decides that the human’s lap is awfully empty without the presence of his big dog self. He makes himself at home (which he is) right in the camera’s line of sight.

The whole thing is being filmed through a window, so the camera operator is on the other side of the window which gets Brody’s attention. He can’t resist.

While the weatherman doesn’t seem so enthused, the response of the onsite crew and viewers is in favor of seeing Brody more often. Dogs make everything better.

Jessica Lang, a TV anchor and reporter for Florida’s Suncoast News Network, recently tried filming a segment in her parent’s kitchen — except someone forgot to tell her shirtless dad, who casually walks into view then walks backward as nothing happened. 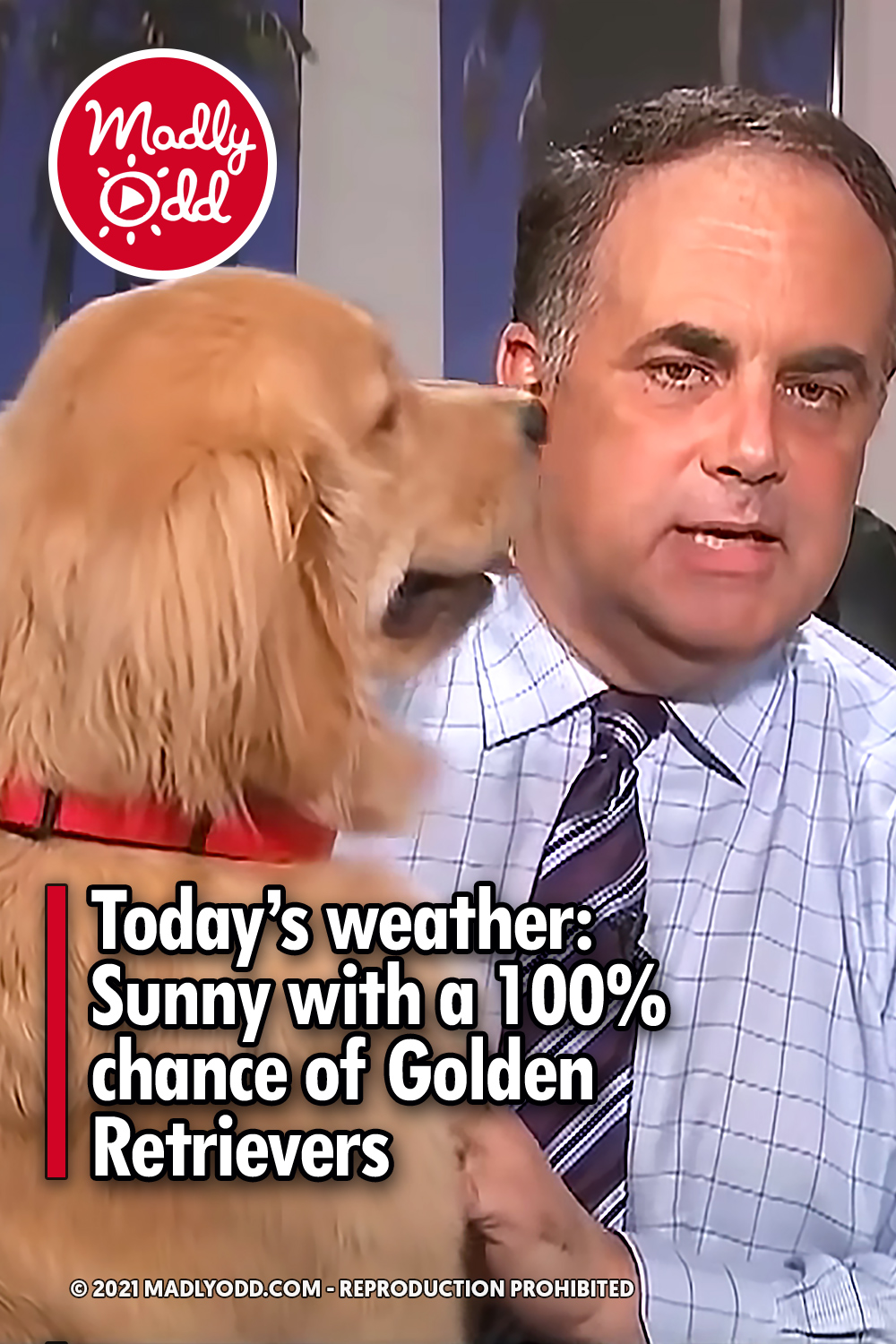