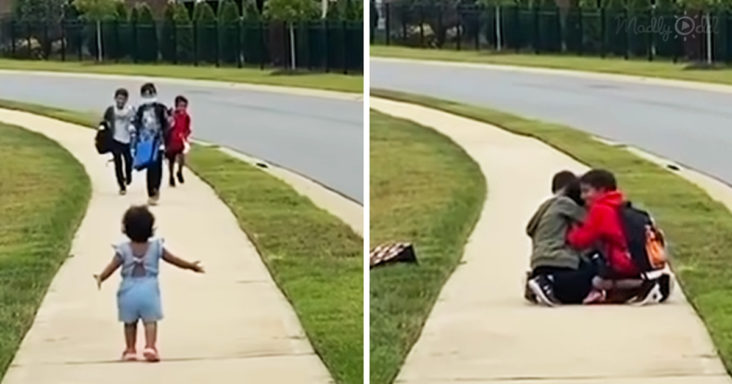 An 18-month old girl is melting hearts on the internet with a video of her greeting her three big brothers as they come home from school.

Emelia “Emmy” Muddamalle, the youngest of four, has spent most of her life so far in the COVID-19 pandemic. As a result, she was used to her brothers – Liam, 10; Levi, 8; and Lucas, 6 – being around all the time.

Now that their schools have opened for in-person classes in Charlotte, North Carolina, Emmy has been left mainly at home with just her parents. 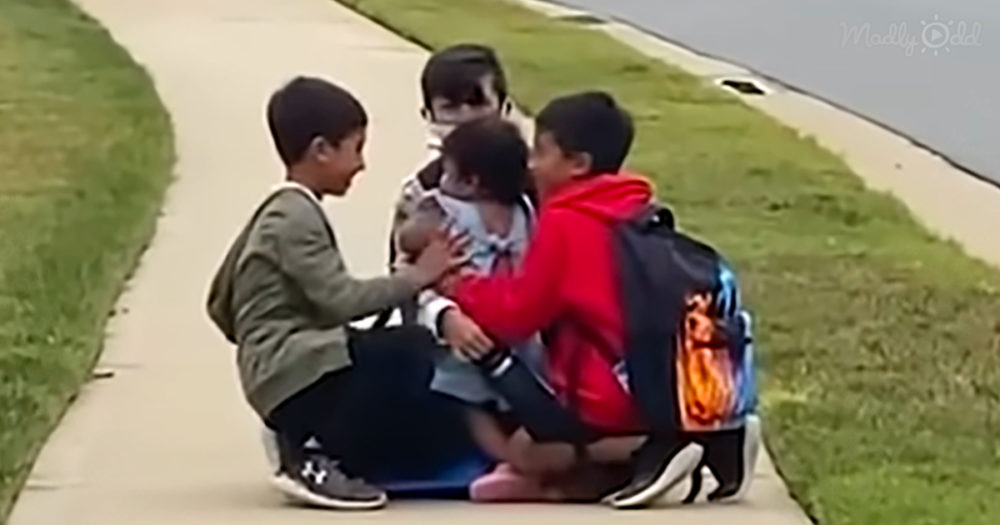 “She never experienced her brothers gone,” Emmy’s mother, Brittany Muddamalle, told Good Morning America. “This is the first time. She’ll wake up from her nap like, ‘Where in the world are my brothers?’ and look for them all day.”

In the video that went viral, Emmy can be seen racing down the sidewalk as fast as her little legs can carry her towards her three brothers, who are running towards her, with both parties calling out each other’s names.

The video has been viewed over half a million times on ‘Good Morning America’ with over 38K likes.