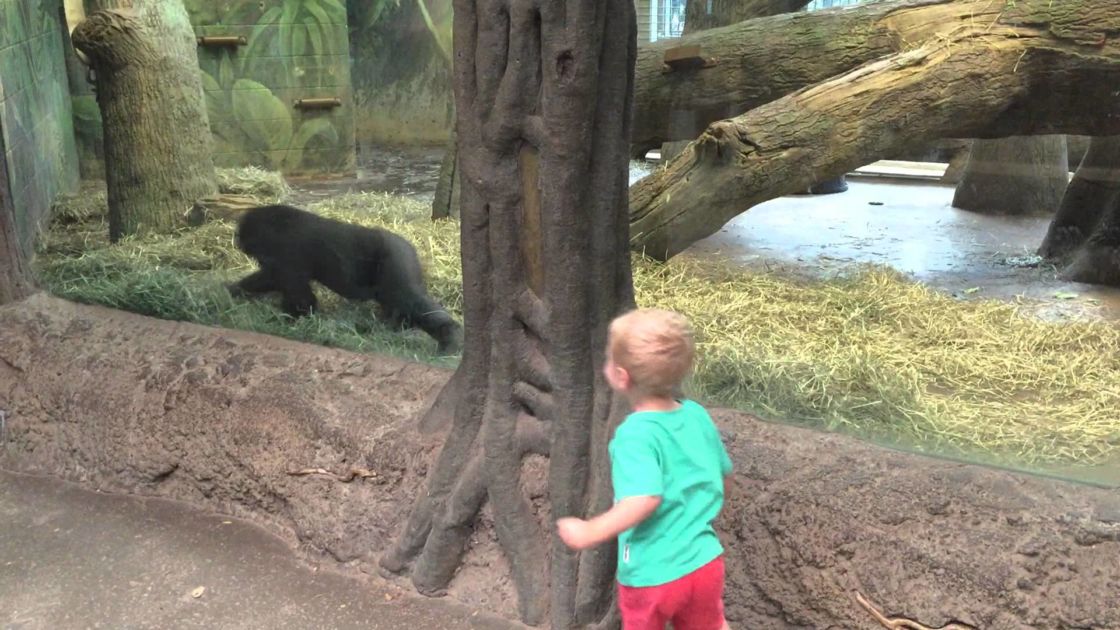 There are tons of differences between a human baby and an animal baby. But they also have some striking similarities as well. Take, for example, playtime. Both of them love to play until the sun goes down. But wait till you see what happens when a human baby meets a gorilla baby. You’re going to melt when you watch this for sure.

When they took their little son to the Columbus Zoo for a day out, these parents really weren’t expecting to see him do this. The onlookers were also in for a pleasant surprise. 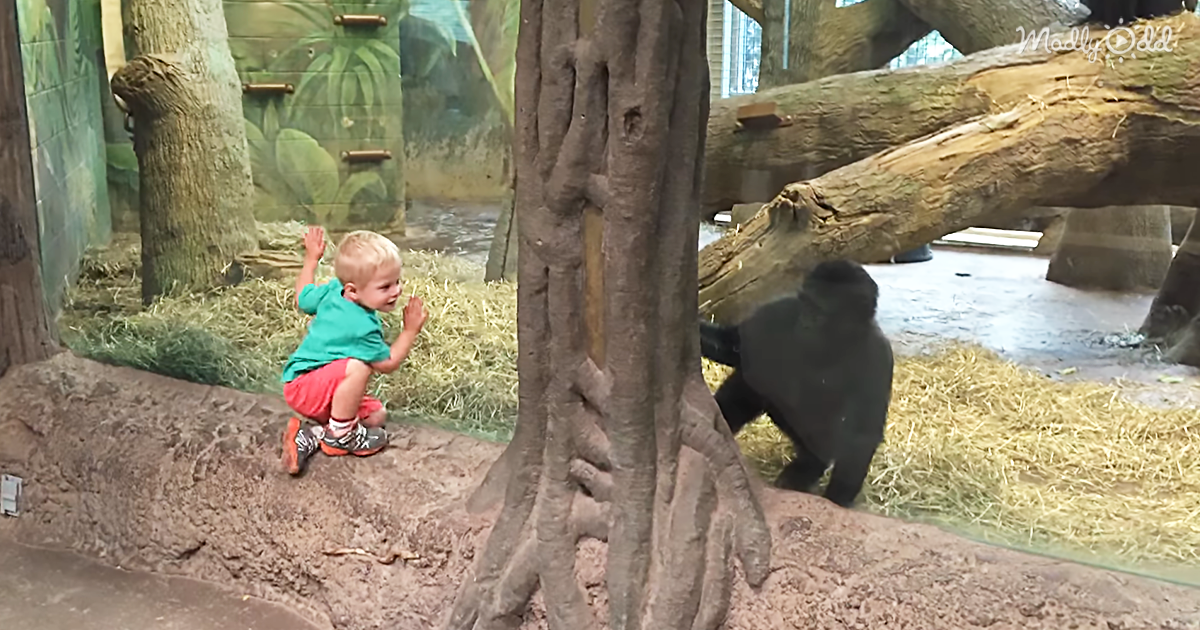 The tiny toddler noticed a young gorilla, and that’s when he decided he wanted him as his pal. These two became instant friends and what follows after that is priceless.

Interacting between the glass, these two babies played peek-a-boo, though more energetically than most. The baby gorilla can be seen to be laughing as much as the toddler is. Neither looks like they want to stop any time soon, either. These two are simply adorable! 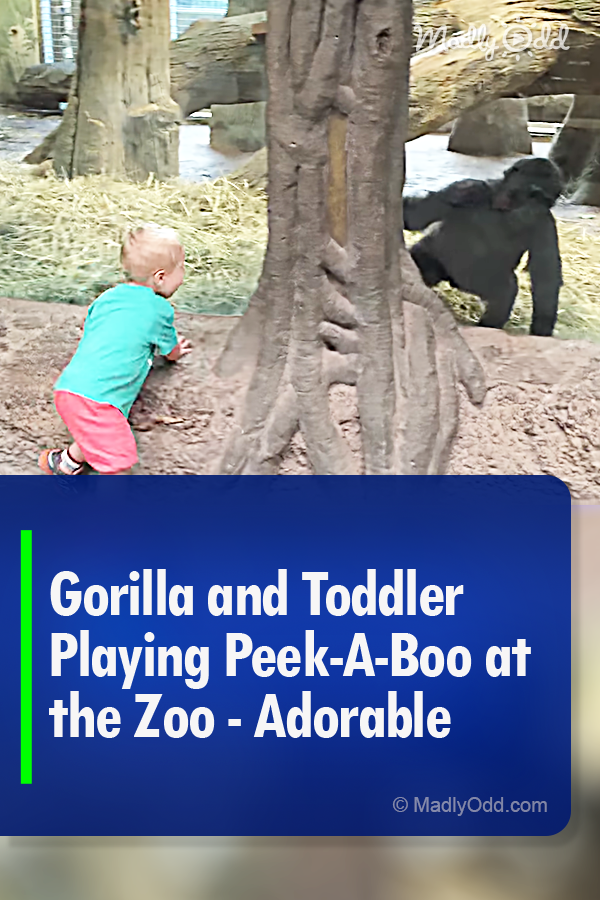