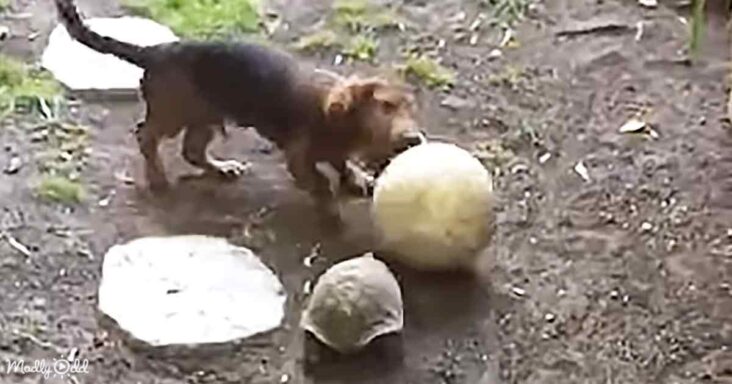 Tortoises might not be known for their sports ability, but that did not stop this tortoise. The tiny amphibian was determined to play a game of soccer (football) with a canine friend. 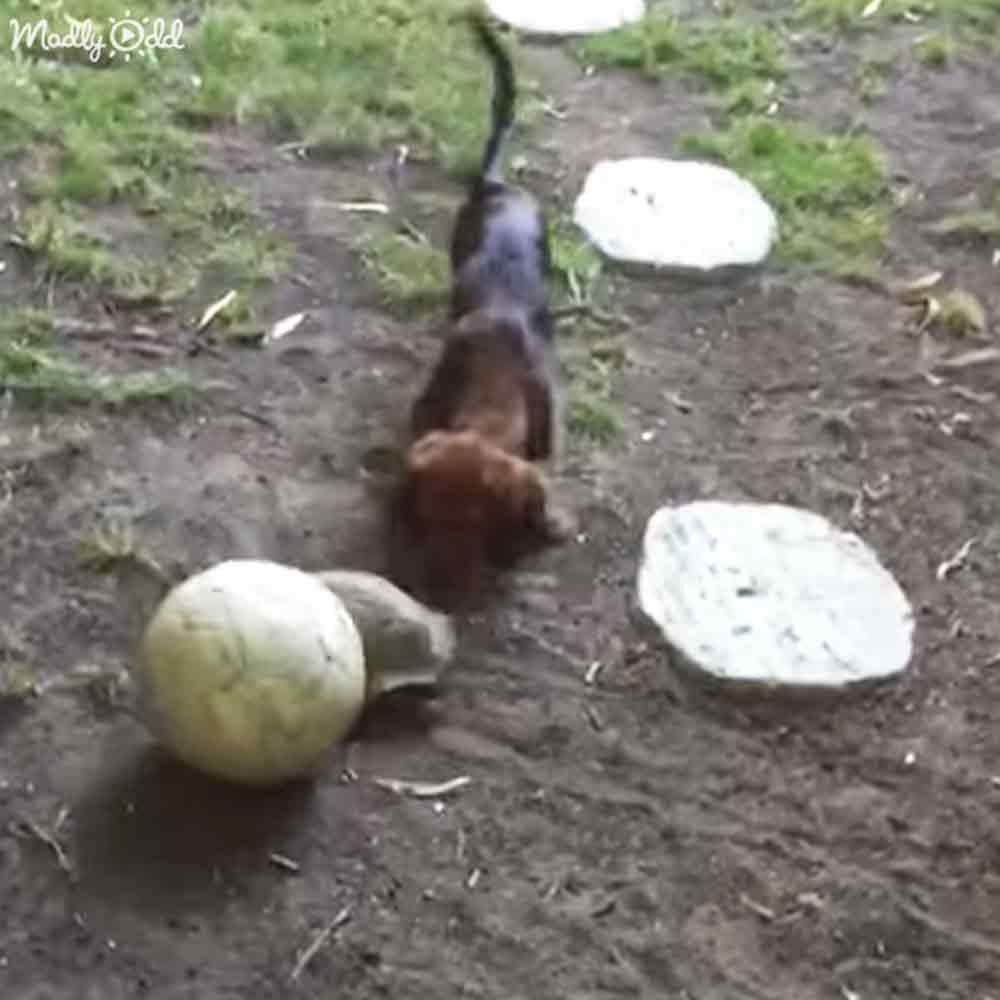 That might sound like the premise of a children’s book, but this adorable game took place in the backyard field of a home in Antwerp, Belgium. The two contestants facing off were the tortoise, Jaguar, and the dachshund, Marcel.

There were no referees and seemingly no goals for this legendary game. Before you start worrying about safety, there is no need to be scared. Marcel might have been more exuberant than Jaguar, but the two players wanted a clean game. 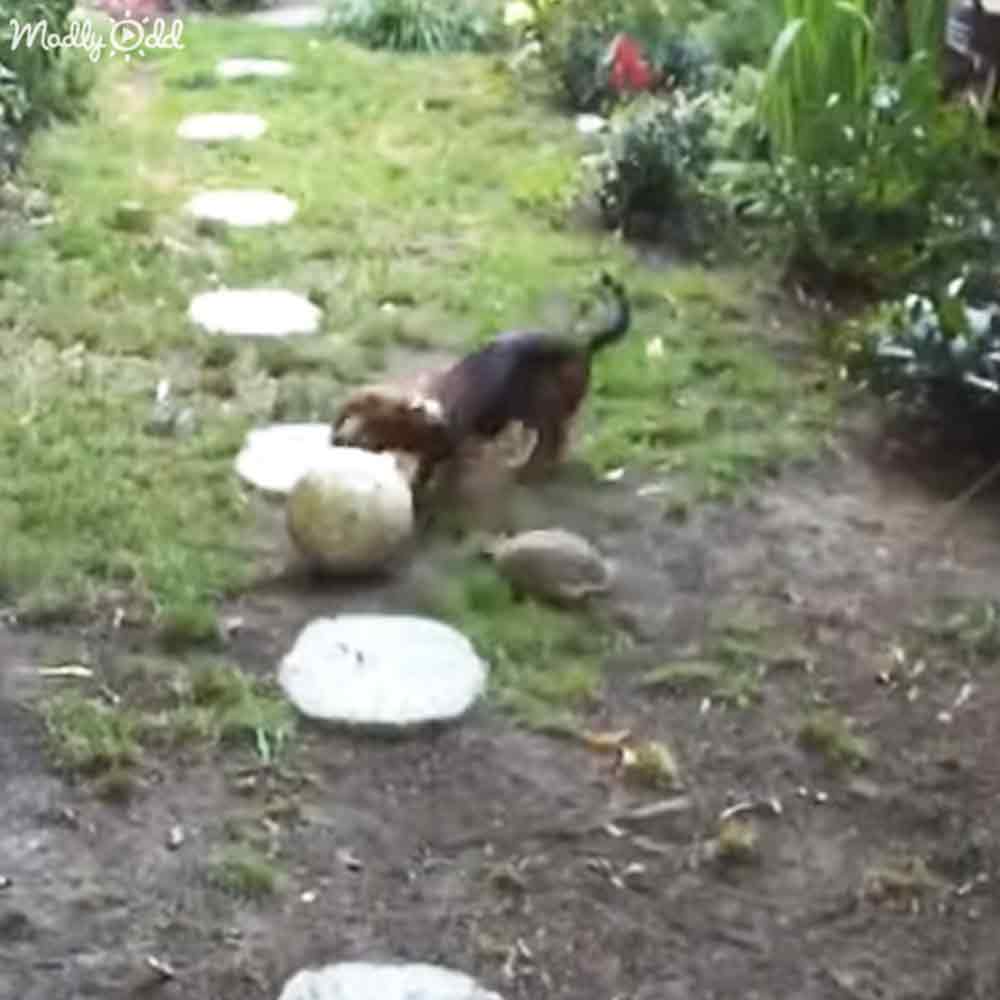 The amphibian soccer star started with the ball, dribbling around the yard. Marcel had no intention of taking it easy on his friend. He dashed around, barking and kicking the ball away.

Despite the distinct difference in athletic ability, Jaguar did not give up. He remained focused, twisting in tight circles to keep his eyes on the ball. What Jaguar lacked in speed, he more than made up for in drive. 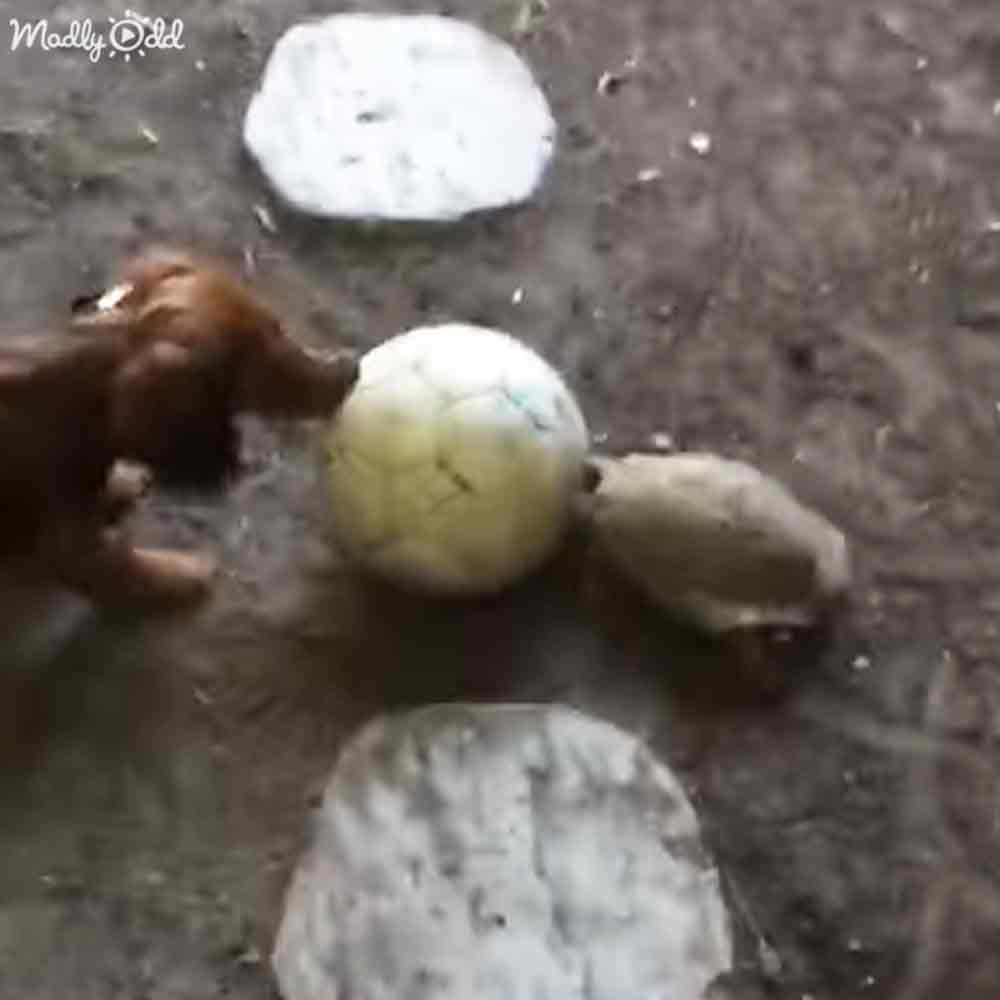 Even when the ball rocketed across the field, the gutsy tortoise kept pace, scrambling across the ground with his short legs. Wherever the ball went, Jaguar was close behind.

These two could not be more enjoyable to watch. Even if you are not a sports fan or soccer player, you will want to see the irresistibly cute conclusion to this impromptu soccer game. 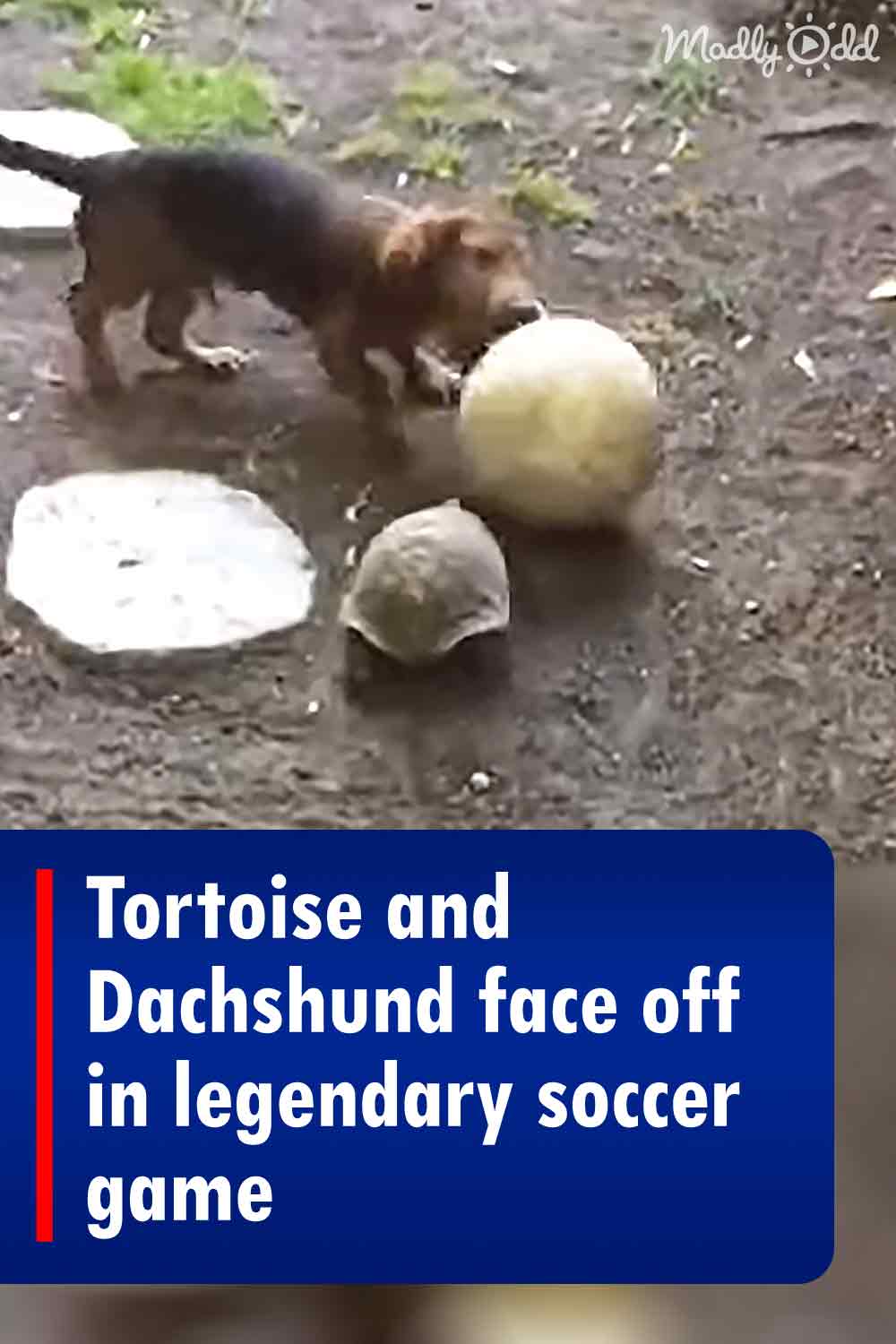