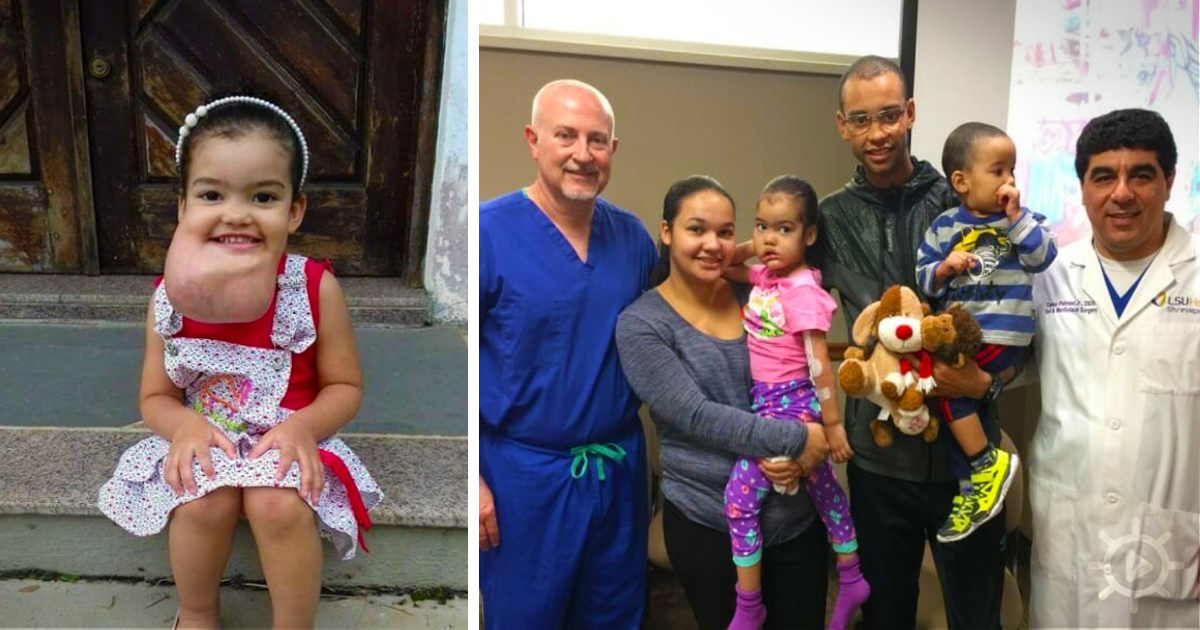 Melyssa Delgado Braga of Sao Paulo, Brazil is now a very happy 3 year-old girl. But until recently, life had been getting increasingly difficult for her. Soon after she was born, doctors discovered a tumor on her chin. Although technically benign, the tumor was growing and began causing more and more problems. By the time she was 3 years-old, it had gotten so large that she couldn’t speak, couldn’t eat in a normal fashion and her immune system was being compromised. The stress on her little body left her in a lethargic state, unable to summon any energy.

Melyssa’s parents, Carol and Manasses, were desperate and also feeling guilty because they couldn’t get their daughter the medical care she needed. Healthcare in Brazil can be iffy depending on where you live and what you can afford. There are public hospitals, but they’re crowded and understaffed — good luck getting an appointment! Melyssa’s parents hit on the idea of setting up a web site telling their story in the hope of raising enough money for their daughter to be treated abroad.

Celso Palmieri, a doctor from Brazil who was working at a hospital in Louisiana, happened to see the story on-line. He and his colleague Dr. Ghali are facial surgeons and experts on treating children. They offered to help out and persuaded Willis-Knighton, the non-profit that runs the hospital, to cover the cost.

The surgery couldn’t have come sooner. The tumor was attacking Melyssa’s jaws and teeth and it wasn’t going to be long before it choked off her airways. It took eight hours, but doctors were able to successfully remove the 5 pound growth (unbelievably massive for a tumor of its type). Within a few weeks, the little girl was able to eat without help for the first time. She’s going to need follow-up care to make sure the tumor is gone for good, but her parents’ determination and some generosity have completely transformed Melyssa’s life.