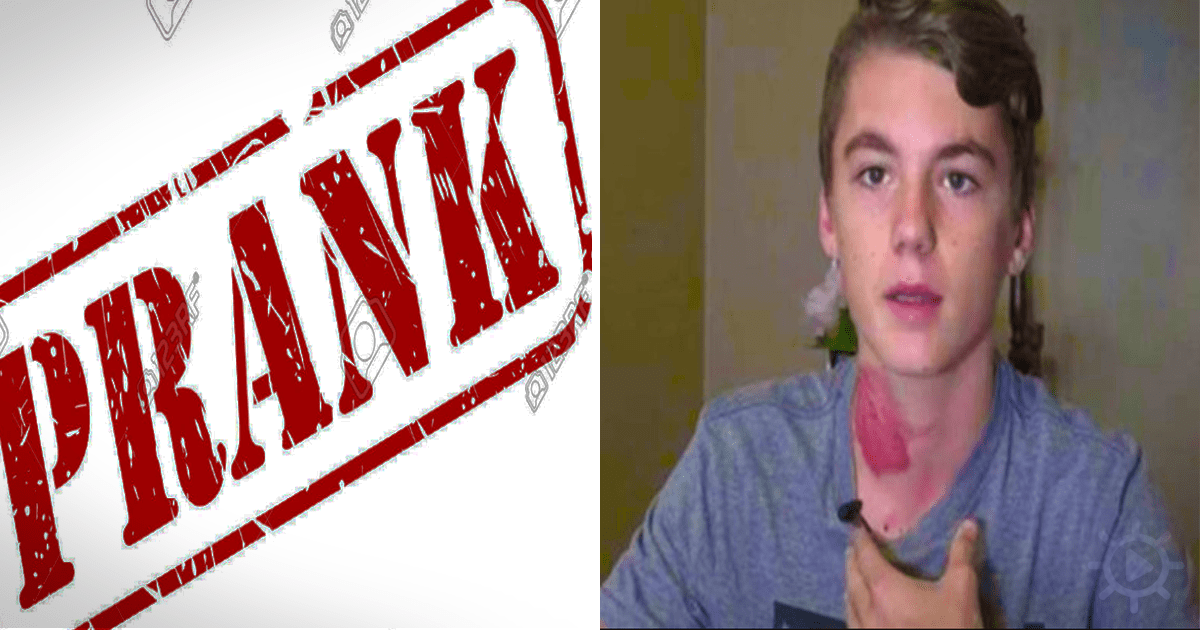 Nickolas Conrad, a 15 year-old from Arkansas, woke up in the middle of the night. His neck felt like it was on fire. It wasn’t literally on fire, but it was burning: his friends had boiled some water in a microwave oven and then crept over and poured it on him. You might ask, “What the (expletive) were they thinking?”

What it was is a completely insane new prank — if pouring boiling water on an unsuspecting person can really be called a prank — known as the “hot water challenge.” As Nickolas recalled, “I felt this really bad burning on my neck and when I woke up and I started screaming and crying. It was the worst pain of my life.” Incredibly, this wasn’t the first time his friends had burned him! On a previous occasion, they’d assaulted him with a cigarette lighter. But now he’s done with them. “I just want them to leave me alone. They’re not my friends anymore and they’re not going to be.”

The most disturbing thing about the “hot water challenge” is that it’s been spreading like wildfire on the internet. Nickolas is by no means the only victim and his case is not the worst. For example, an 11 year-old girl named Jamoneisha Merrit suffered burns to her face, chest, back, and shoulders when friends tossed boiling water at her.

Even worse was the fate suffered by an 8 year-old Florida girl. In this “hot water challenge” incident, the girl’s cousins dared her to drink boiling water through a straw. She did and after several months of agony, she was dead. Her aunt, Diane Johnson, wants everyone to know about this deadly new trend. “Parents, talk to your kids about these challenges. Don’t just give them your phone and let them go by. Watch what they are doing.”

I words aren’t failing you, let’s hear from you in the comments at Facebook. Be sure to like and share: it’s a way to get the word out about this potentially deadly new fad.