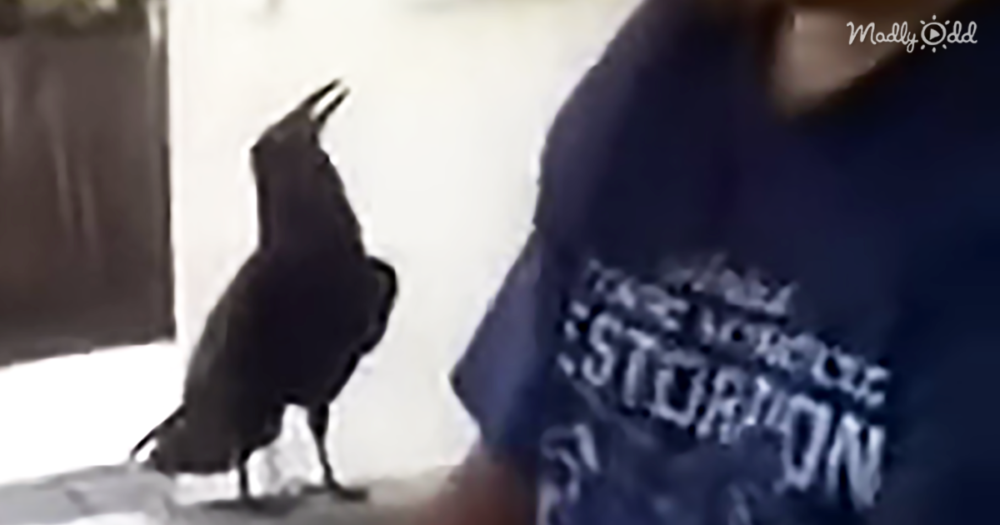 Wild animals are nothing if not unpredictable. In this side-splittingly funny video, you’ll see a tough city bird aggressively give a man a piece of its mind. It isn’t clear from the video whether the bird is a raven or a crow. In fact, either is a possibility.

Crows and ravens are very closely related, and not only do they look very similar, but each species is incredibly smart, near the top of the avian IQ rankings. That’s according to results from observing logic tasks in which the birds have to count and solve problems step-by-step. Ravens and crows have also been seen using tools and engaging in play, behaviors that are sure signs of braininess. Ravens and crows have another talent, and we’ll get to that shortly. 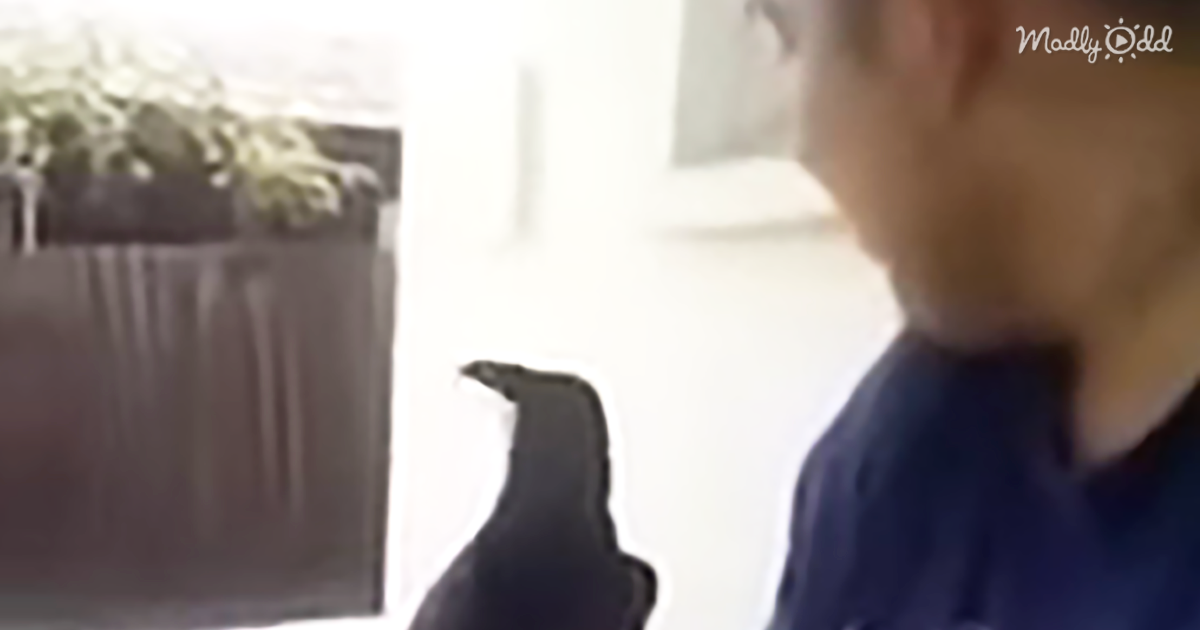 As you’ll see in the video, a man was sitting on a park bench chatting with a woman when the bird landed right next to him. The bold bird then hopped up and perched on the armrest, seeming to want to look at the man eye-to-eye. The woman encouraged him to pet what she took to be a nice, friendly bird. But he thought better of it. Perhaps it was that long, sharp beak that gave him pause. Maybe it was the bird’s very boldness, just sitting next to him like it was the most natural thing in the world.

And now we come to that remarkable talent possessed by ravens and crows. They have a knack for imitating sounds from their environment. This includes everything from the calls of other birds to human speech. The bird that boldly chose to hang out with the man on the bench suddenly opened its beak and, clear as a bell, tells him, “[bleep] you!” Tell me you didn’t laugh out loud at this aggressively chatty bird. 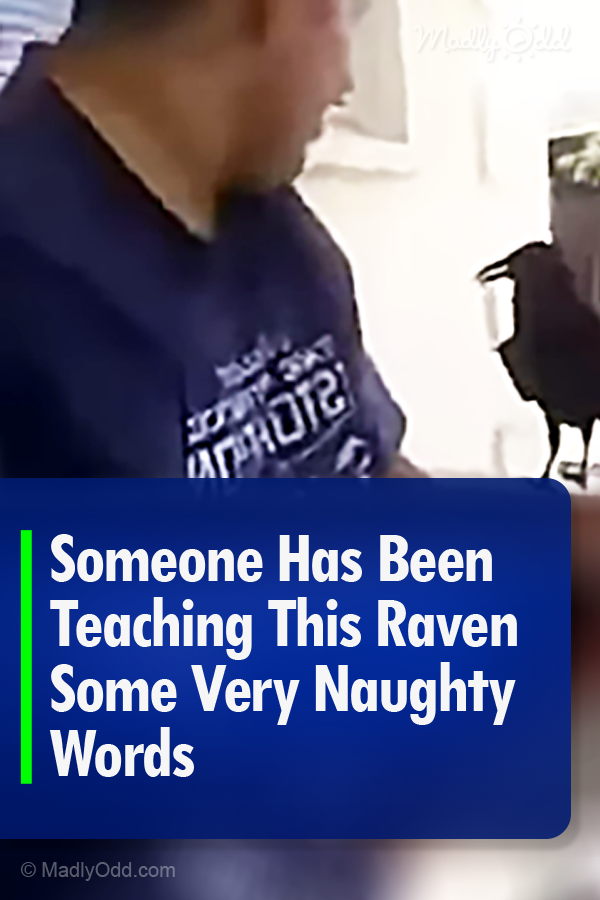