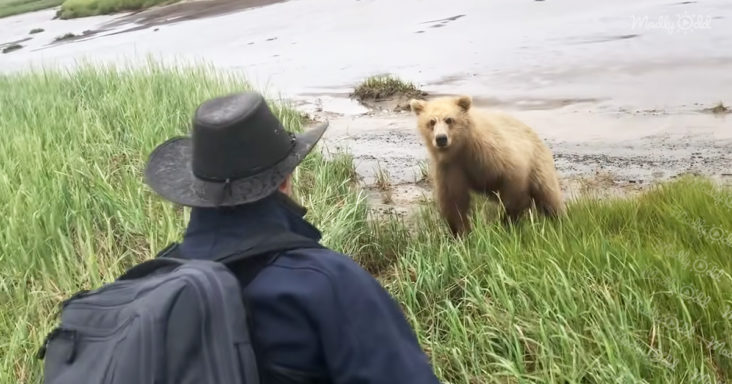 A curious young grizzly accidentally stumbled up behind a group of tourists at an uncomfortably close distance in Alaska.

Grizzly bears, particularly a mother grizzly protecting her cubs, are among the most frightening animals on the planet. The bruins’ sheer size, pace, and strength allow them to be deadly.

One of the best times to see bears in their natural habitat is in the spring. But it’s also when mama bears have cubs in tow, so bear encounters can be dangerous. 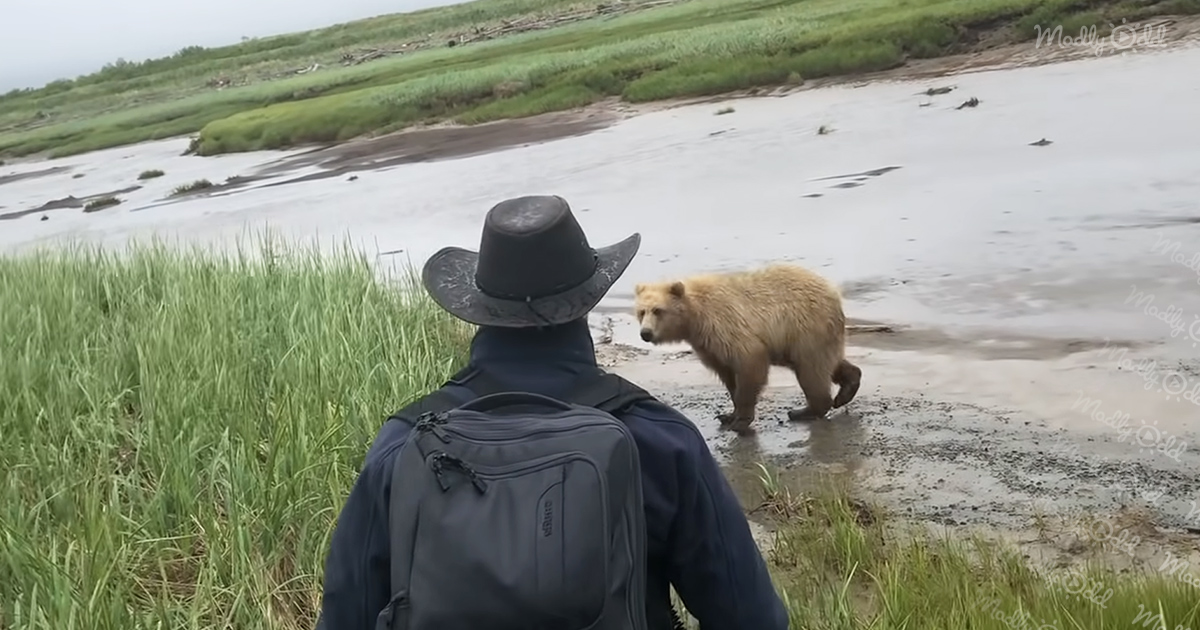 A curious young grizzly unexpectedly stumbled up behind a group of tourists at an uncomfortably close distance while they watched a mother bear and cubs from across the river.

Their tour guide acted swiftly. He realized he didn’t have his can of bear spray. Before he could use his .44 magnum, a last resort, he noticed that the bear was approaching out of curiosity.

To further deter the bear from barreling into the group, he advised the folks behind them to raise their hands to make themselves look bigger for the bear.