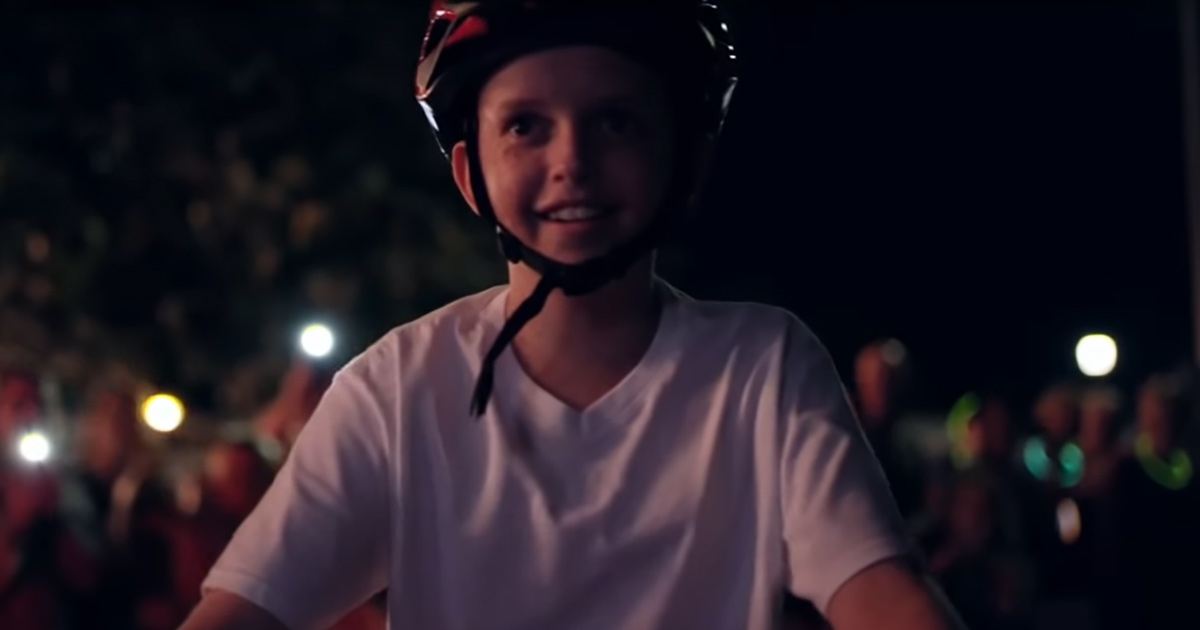 Peyton Madden, from El Dorado, Kansas, is a typical American boy. He likes superheroes, swimming with his friends, biking around the neighborhood, and even doing the occasional “dab.” There is one glaring difference between Payton and many other little boys that you know. He can’t see the light of day. Peyton has a rare genetic disease called Xeroderma Pigmentosum, or XP.

The condition, which affects about 250 people in the United States, means Peyton’s skin can’t repair itself after exposure to the sun. Anytime you or I have a sunburn, our skin repairs itself. With Peyton, his skin keeps a scorecard of any sun damage, and it will reach a point where it can no longer sustain anymore. He will develop skin cancers.

Whenever he goes outside during the daytime, he has to wear protective clothing over every inch of his skin. Peyton has a unique hat that he wears to school; it looks like a beekeeper’s hat, but with a clear face shield. However, his town would not sit around idly and let him miss all the fun, so they flipped day and night. The event was possible because of a partnership with the National Organization for Rare Disorders (NORD).

They kept Peyton in the dark about the plan until he biked into town and found the streets lined with community members, including the Mayor. The city had opened up the public pool, brought in a pancake food truck, and, quite literally, turned this boy’s life upside down. If you needed a reminder that there are people in this world that care, then this is it. This little boy had the best “day” of his life because of the kindness of strangers.