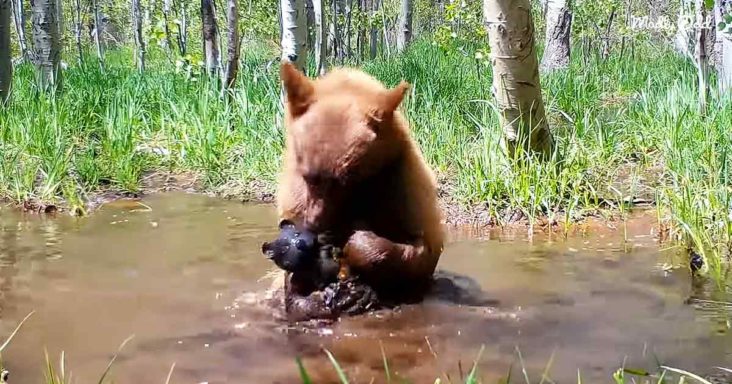 Toogee Sielsch, a wildlife enthusiast, had kept an eye on the orphaned bear cub, Tamarack. The bear cub had escaped the wildlife rehab center that rescued him. The little bear needed help. 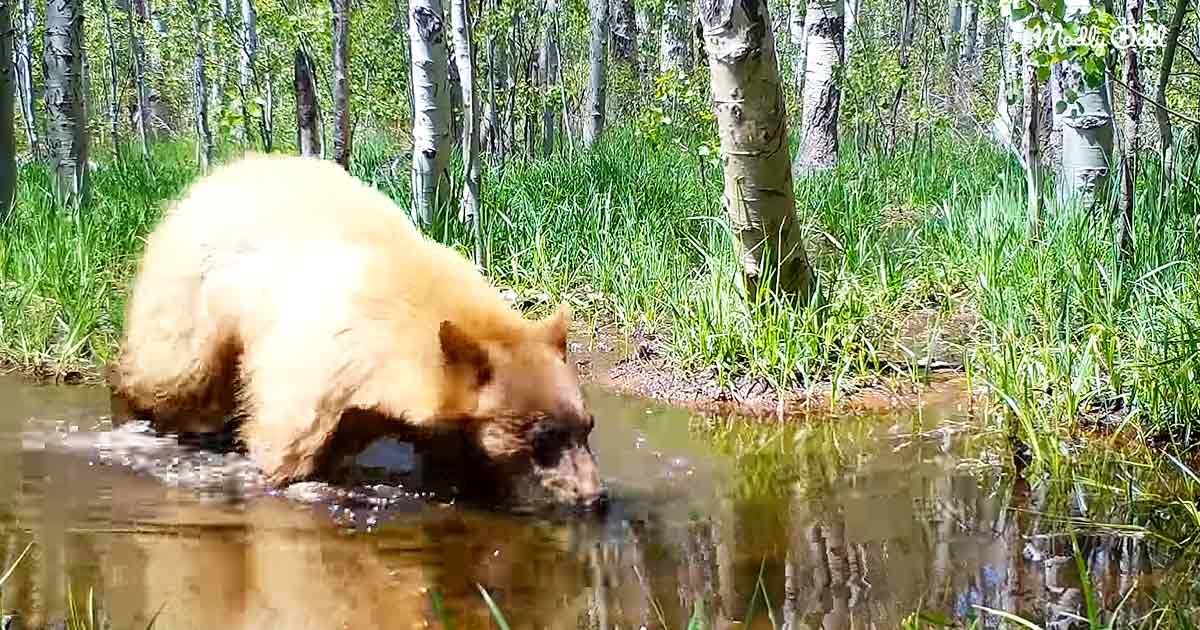 Tamarack was rescued from a wildfire in North Carolina. His paws were scorched in flames, and the wild bear cub needed medical attention. The rescuers took him to a wildlife care facility to treat him.

However, Tamarack had always lived a life in the wilderness. So, the cub escaped the facility and later tunneled under the electric fence. Sielsch ensured he got glimpses of the bear cub every now and then through the trail cam he had set throughout the forest. 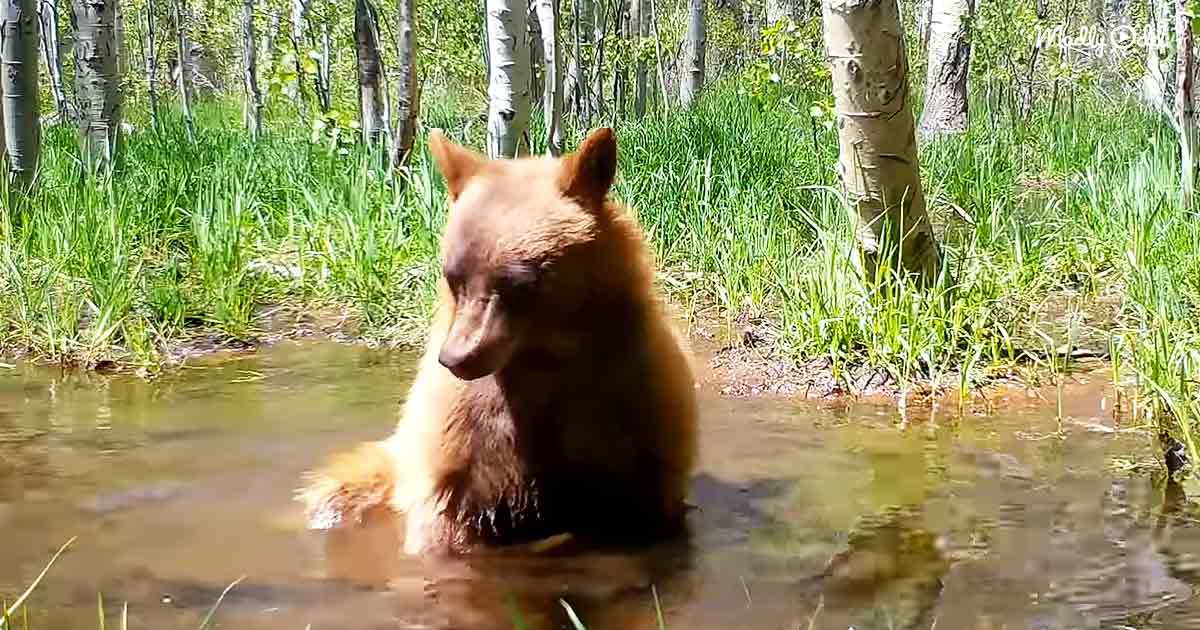 He wanted to ensure that the little bear cub was doing well. Sielsch was glad that the little one was not only doing fine but was able to enjoy his life and had got himself a toy bear.

Sielsch found Tamarack playing with the toy. He jumped into the pond and pulled out this little plastic toy bear. No one knew where he had got the plastic toy from. 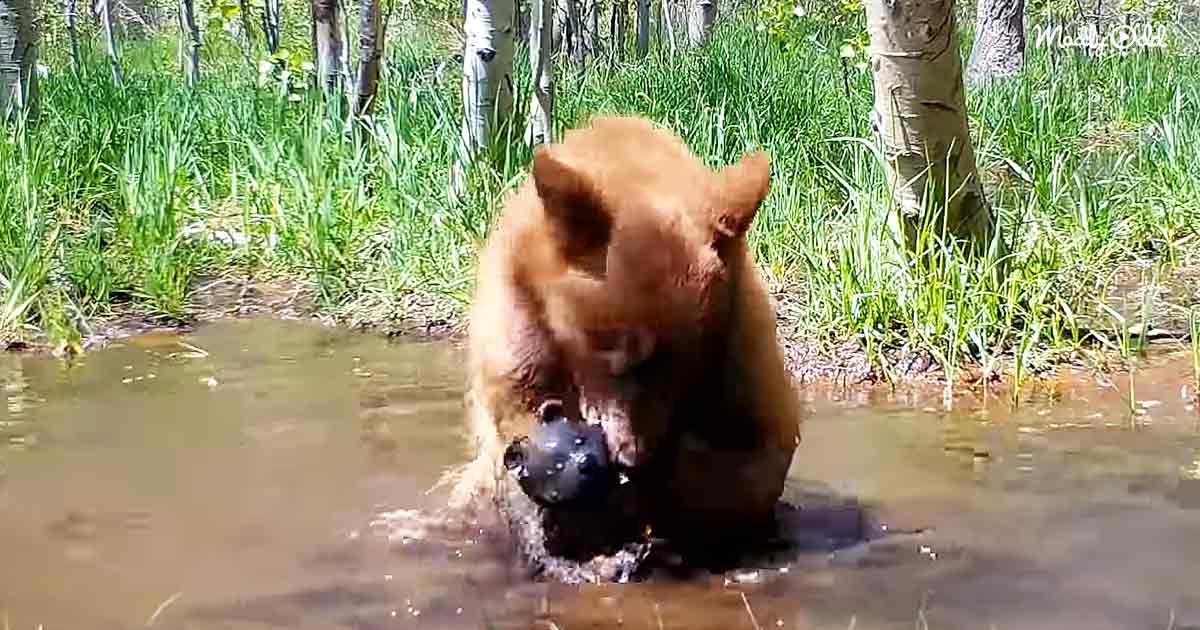 However, the bear yearling’s playfulness could melt any onlooker’s heart. Sielsch was very happy that the orphaned bear was now living a happy life and was completely healed physically and mentally.

The way the wild bear played with his little toy proved that even though Tamarack grew up, he still knew with whom to play & have fun. Many onlookers couldn’t believe it was a coincidence that the toy had such similar features.