So much beauty surrounds us in nature, from the animal kingdom to the plant kingdom. People are most appreciative of what they see in nature, but not many people take the time to appreciate the sounds of nature.

Crickets chirping on a dark night, the combination of several birds singing together, spring frogs croaking, or the sound of a gentle breeze through the leaves. These seem rather easy to listen for, but have you ever thought to listen to a tree trunk? Yes, you read that right – a tree trunk. 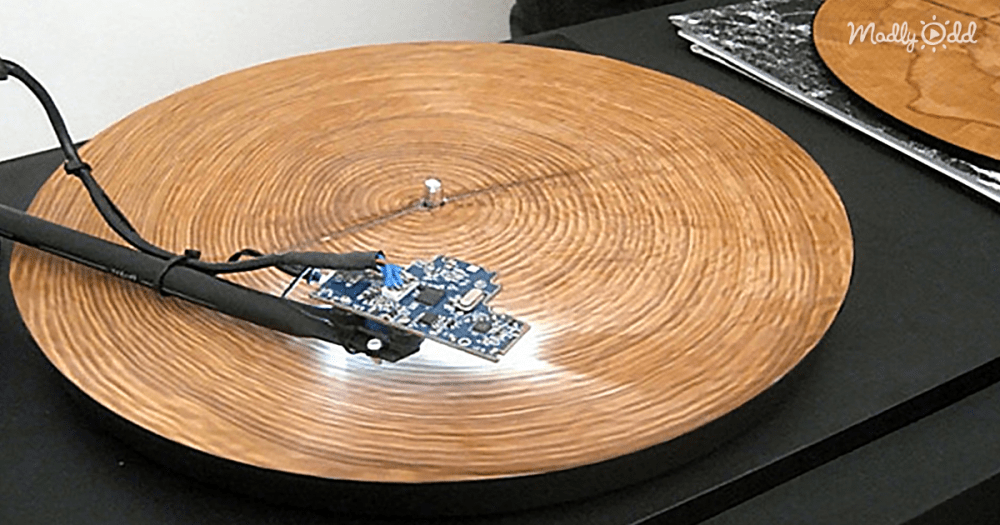 In this instance, this is referring to the rings inside a tree trunk. It is well known that the rings of a tree trunk tell a lot about a tree, primarily regarding the water availability during each season of its existence.

Have the tightly packed circles ever reminded you of a larger version of a vinyl record, though? Well, artist Bartholomaus Traubeck thought it did. He was curious to find out what those rings would “say,” so he invented a type of record player that reads the color and texture variations of the rings inside the cross-section of a tree trunk. It interprets the rings into audible sounds, a type of music if you will.

How is something like this even possible? Traubeck’s “record player” uses light to interpret the color and texture variations of a tree’s rings into musical notes and instruments. While it may sound like something out of a sci-fi movie, the actual technology behind it is nothing far-fetched or top secret.

A simple PlayStation eye camera and motor for the arm of the record player was all it really took. The data was first collected by the camera and then transferred to a computer. Using a program called Ableton Live, that data was interpreted into a piano track.

This video lets you listen in on what nature sounds like through Traubeck’s record player. If you think you would hear a bunch of crackling or other noises, you’re wrong. While these “songs” aren’t traditional harmonies and chords, it’s still eerily beautiful. It kind of reminds you of background music you would hear accompanying a scary movie during the silent movie days.

Since every tree’s rings are unique, this means that every tree has its own song. What this artist has done is essentially create a limitless library of records that are solely one-of-a-kind. What a completely new way to look at – or rather, listen to – nature. 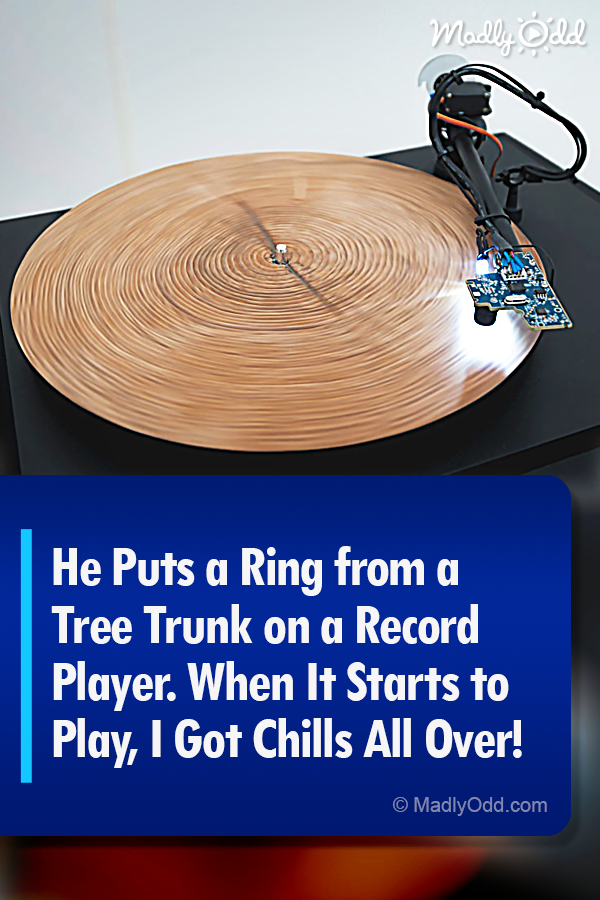