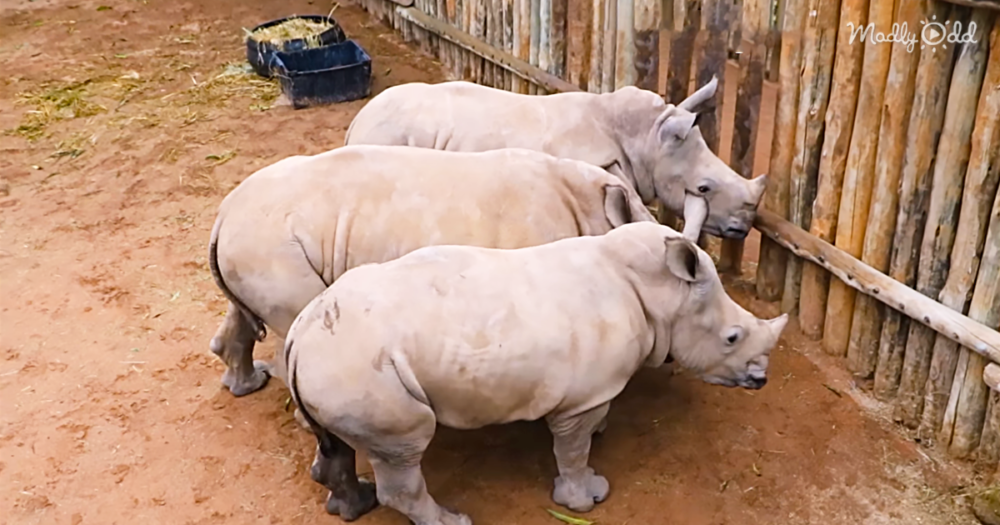 As parents, we’ve all had situations where we’ve run out of food for our little ones before they are full. It is a precarious time from the empty plate to the refilled one, indeed. What do you do, though, if the ones who need the bottles are huge rhino babies?

In our video, we see three orphaned baby rhinos -their parents were killed by poachers – standing at a thick wooden gate. They have been drinking their milk, when, the horror of horrors, the milk runs out. The people who have been giving them their bottles go off to get more. That doesn’t satisfy the trio, though, who launches into a whine-fest of epic proportions. 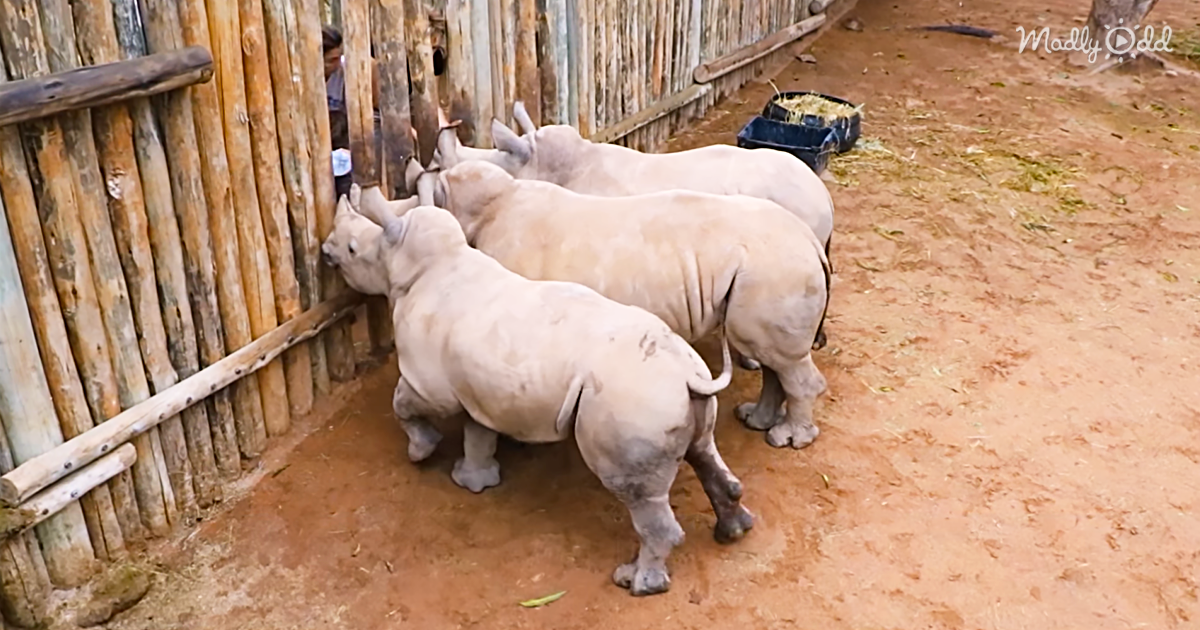 Though, rather like hearing Mike Tyson speak for the first time, the sounds they make don’t seem to fit their enormous size. If you close your eyes while the video was playing, you might think that these were three unhappy puppies at first. I didn’t know that such large animals were able to make high-pitched noises like this. If somebody led me there blindfolded, I’d be ready to pet some little pooches, and then probably fall over when shown the actual scene.

Either way, even though the gates are of thick wood, speed would be of the essence. There are times when it’s wise to have back-ups ready. If you work at a pizzeria, it might be good to have several pies ready around, say, noon to 2 pm. Large crowds might come in then. Same for the post-work rush crowd. Otherwise, you might have a lot of irritated people. The same would probably apply when you have three rhinos who still want food. Having more milk ready would be prudent unless you REALLY like stampedes. Aren’t they adorable, though, with the noises they make? 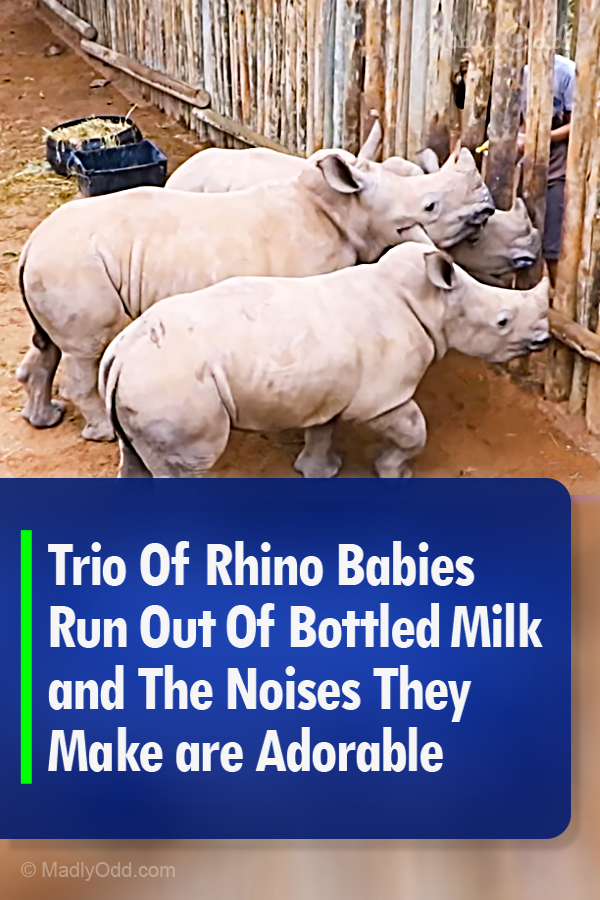