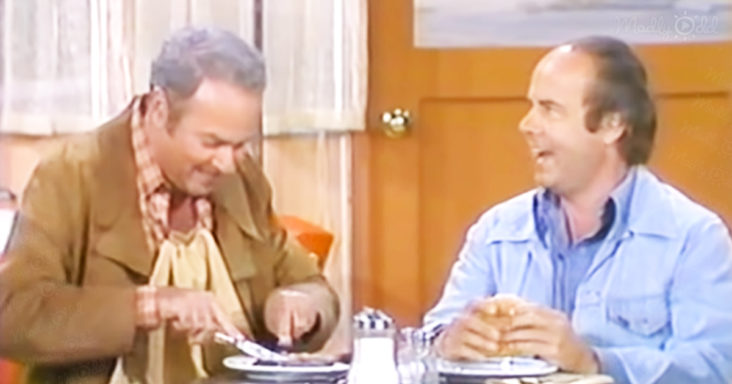 Over the years, The Carol Burnett Show has thrilled audiences across the globe with clever commentary and hilarious skits. They are often at their best when they provide an unexpected outcome.

This sketch about two ‘tough truckers’ does exactly that, setting up audience expectations before rapidly spinning them around with an unexpected and subversive twist that viewers do not see coming.

Show stars Tim Conway and Harvey Korman play two truckers who at first glance appear to love the single life. One of the men is divorced, and the other one will be divorced the next day.

Although they boast about how great it is to be single, and how excited they are to finally be rid of their wives, their faces tell the real story when they hide behind their menus.

The divorced trucker starts sobbing uncontrollably, and when his friend asks him what is wrong, he finally admits that being single is not that great – that he misses the comforts of home.

At first, his friend ridicules him for being so sensitive and crying about his divorce. Soon though, he begins sobbing as well, admitting that he would rather stay with his wife than be single.

It is funny watching the two tough guys break down into hysterics, and then try to pull themselves together to speak to the waitress. This is another great example of the comic talents of Conway and Korman.