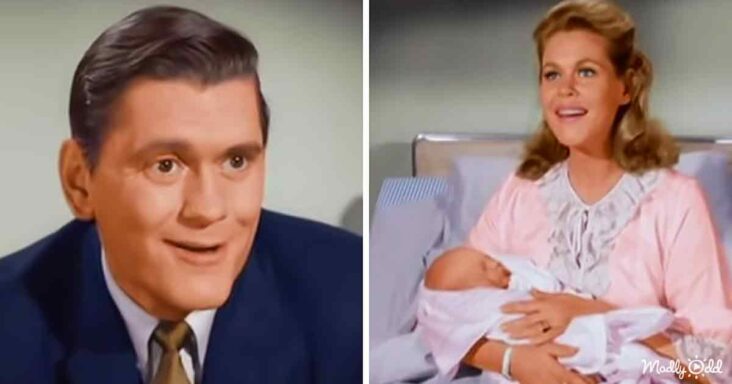 Darrin would always be a bit terrified on Bewitched. After all, he’s married to a witch. So you can imagine how flustered he must be about having a kid. 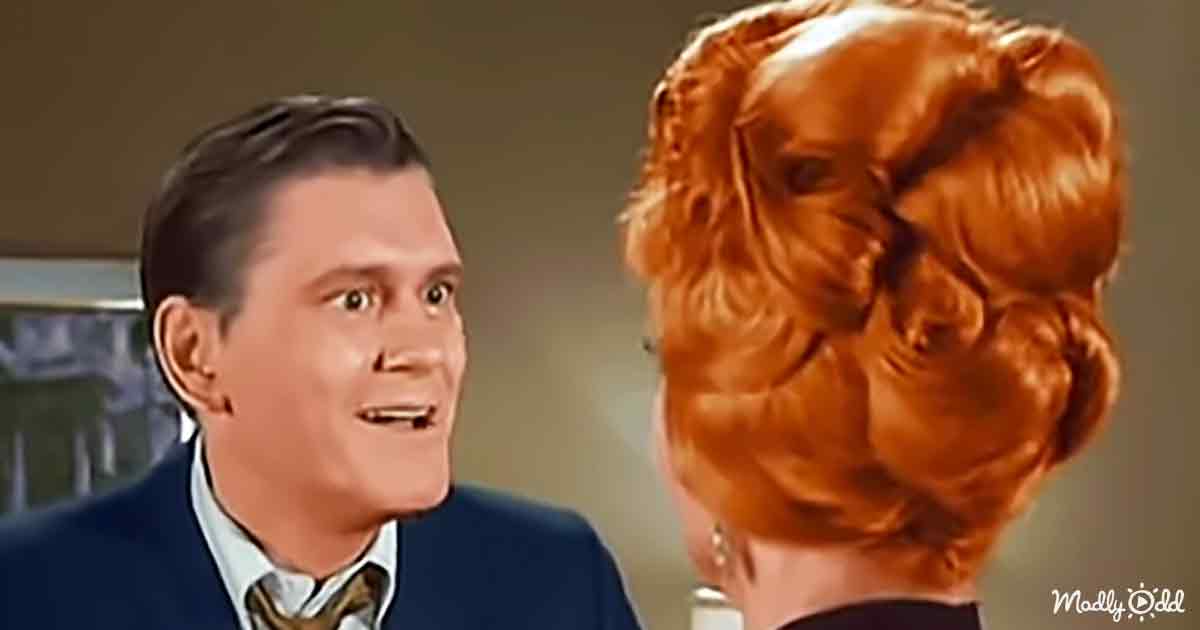 In season 2, episode 18, ‘And Then There Were Three’ features the birth of Tabitha. Darrin is first seen in the waiting room. He paces about with his pipe, waiting for the baby to be born.

Another father in the room asks if this is Darrin’s first kid. Darrin asks how he knew. The man says Darrin is smoking his pipe.

Embarrassed, Darrin wipes off the pipe and hands it back to the man. The man notices Darrin has chewed right through the stem. The man forgives Darrin.

Darrin then explains he’s just hoping his kid will be human. He then struggles to clarify what he means. Sensing Darrin is tense, the man offers to get him a cup of coffee.

As the man leaves, Darrin gets up. Before he can get far, Samantha’s mother, Endora, magically appears in the room. She’s dressed in OR scrubs. 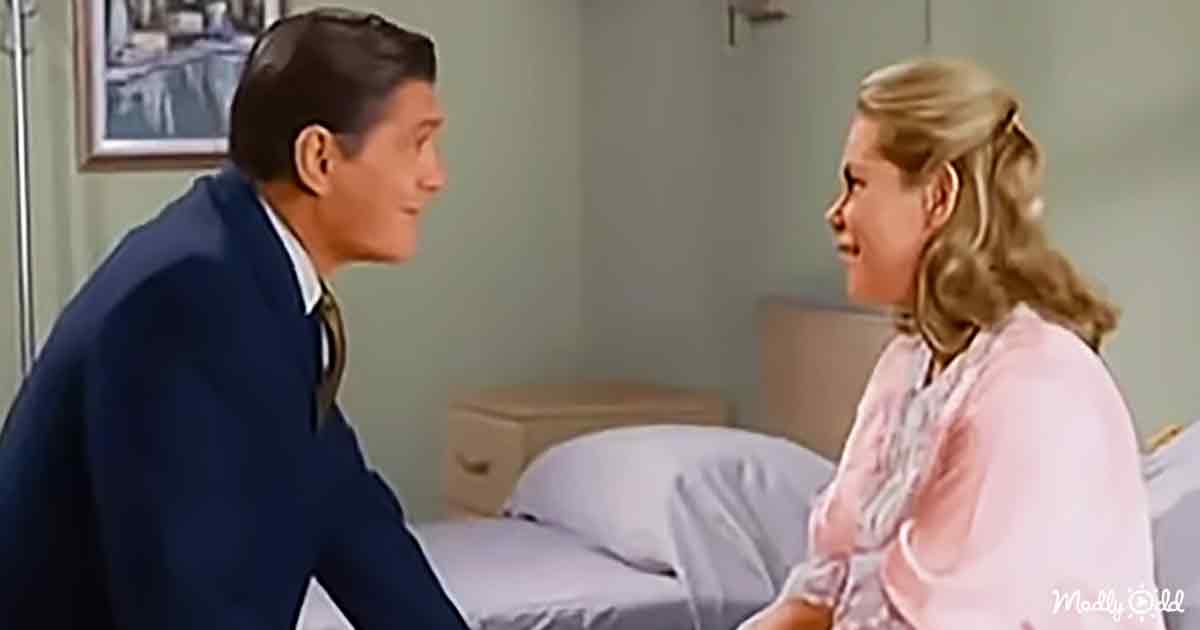 Endora says she was just in the operating room. She then states that Samantha has gifted her a wonderful granddaughter. Darrin is excited to learn he has a daughter finally.

Darrin then asks if Samantha is fine and Endora says yes. She then magically makes tissues appear so they can dry their tears.

Darrin then asks how his daughter is doing. Endora says she is a great baby. She then mentions the baby has a sense of humor as well.

Darrin is confused. Endora explains that the baby hit the doctor who slapped her. She then states she’s only teasing Darrin, putting his mind at ease. 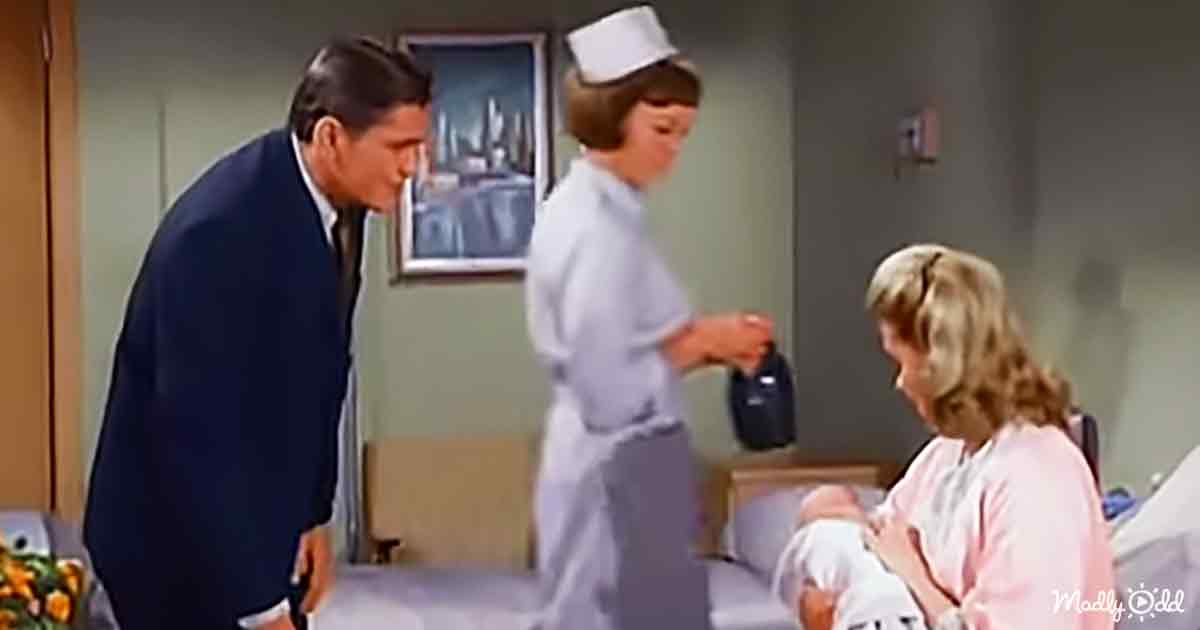 Darrin finally has a chance to see Samantha after the birth. They embrace each other as new parents. The nurse says she’ll get their daughter.

Darrin and Samantha both reiterate that they’re not parents. They still can’t believe such a miracle has happened. The nurse then enters the room with the baby.

After the nurse leaves, Samantha says she wants to call the baby Tabitha. Darrin asks where she got a name like that. Samantha states Endora suggested it.

The nurse enters the room and mentions the bracelet on the baby. The bracelet already says, Tabitha. Darrin and Samantha both know who is responsible for this scheme: Endora.