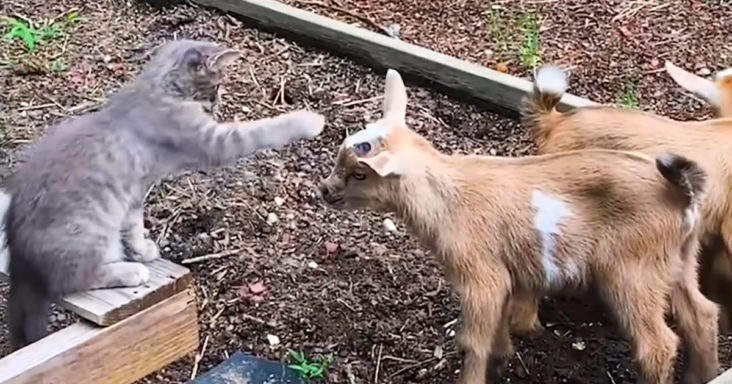 A woman with a goat farm recently noticed that all the animals looked down at a grey fluff ball. The kitten was later named Gg (Great goat) by the goat farm owner. The little one hung around for a couple of weeks and soon became a part of the farm animals. 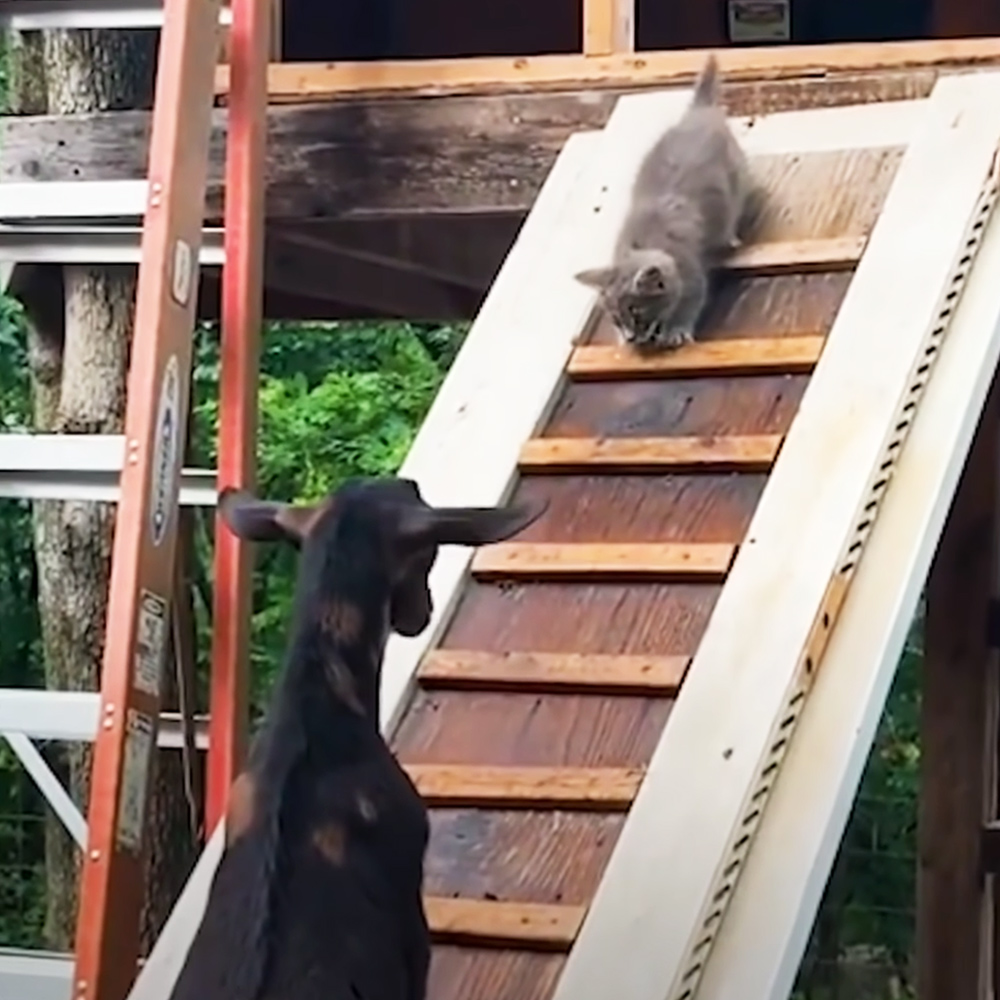 The kitten would never go near the woman and her family at first. However, he never left the goat twins. He loved his goat friends and never left their side. The goat farm owner had brought the ginger twins Fletcher & Yoshi home two weeks after Gg showed up.

Wherever the goats went, they would jump around and play with each other. Then, all of a sudden, Gg would jump at them. Then, when the goats took their naps, Gg would be with them doing the same thing. 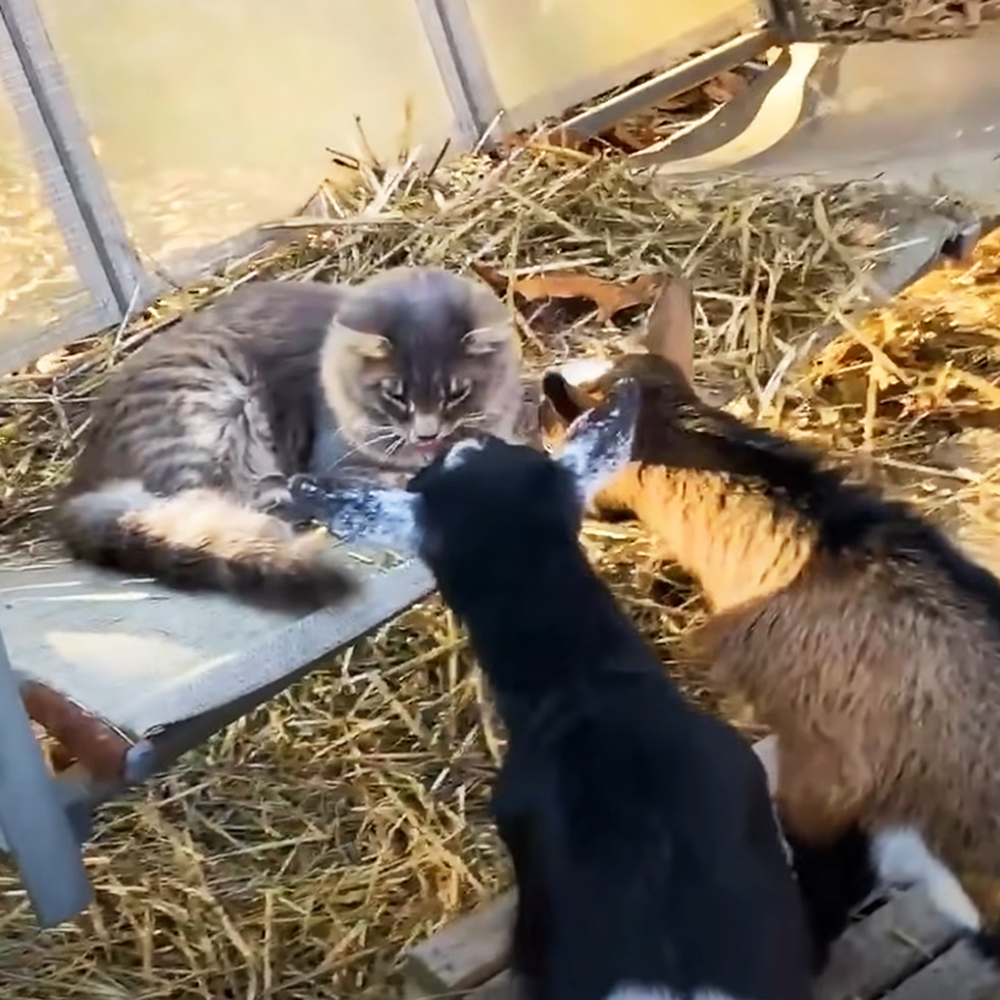 When the goat twins played, Gg would play with them. While they had their meals, the kitten would be right there in the hay with them. They were very close to each other and were very young and playful by nature. They also developed a strong bond with each other.

Every day when the farm owner woke up, she would find Gg sitting on the top of the stairs. As soon as she went to the enclosure and opened it, the kitten would follow the goats to their feeders and spend the day with them. 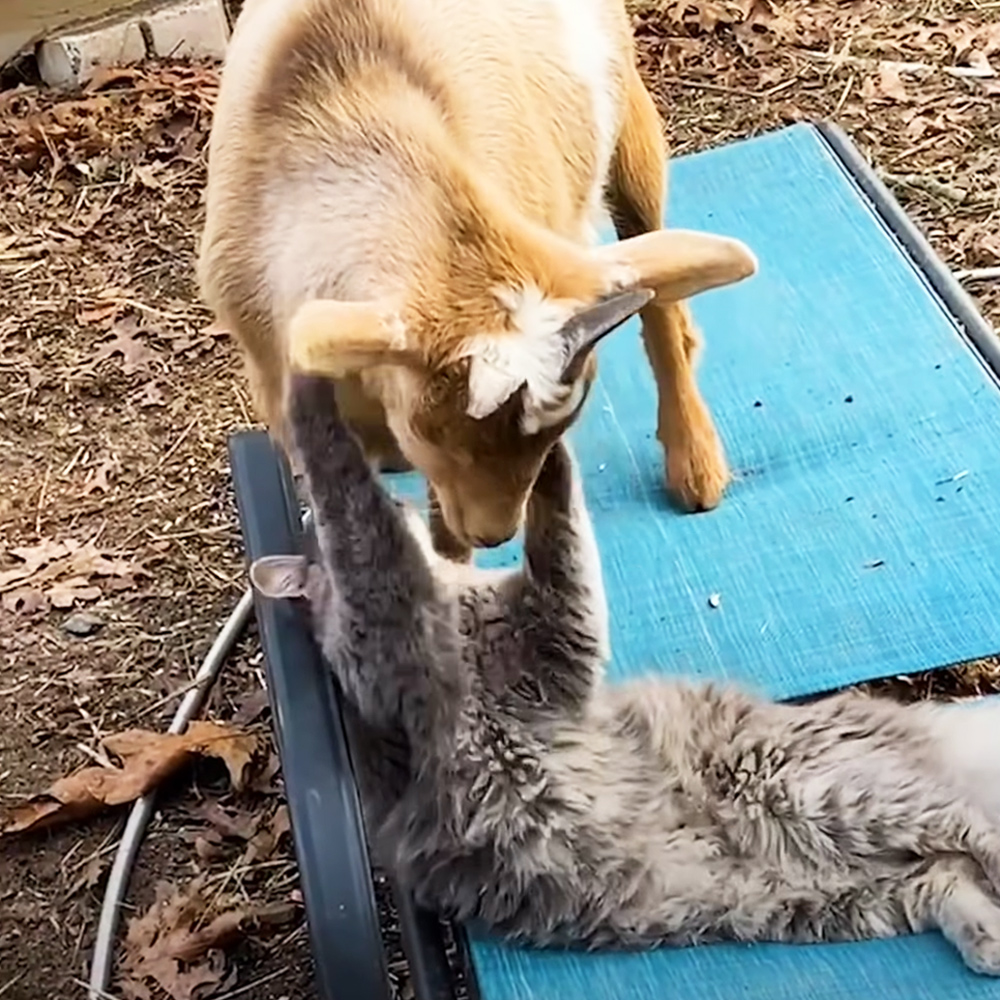 Gg started mimicking what the goats did. When the ginger twins pulled off the bark of the trees, Gg would be right next to them chewing on the wood. Even the goats started to stalk and then sneak up like Gg. They learned everything from each other. The owner believed that the kitten thought himself to be a goat.

The kitten did not like coming inside the farm owner’s house at night. While the owner was working on her laptop, the kitten heard the goat cries coming from the computer. This made him decide to rest near it. Soon he got tired and slept. Gg was one of the most loving cats, and the farm owner was glad to have him around.