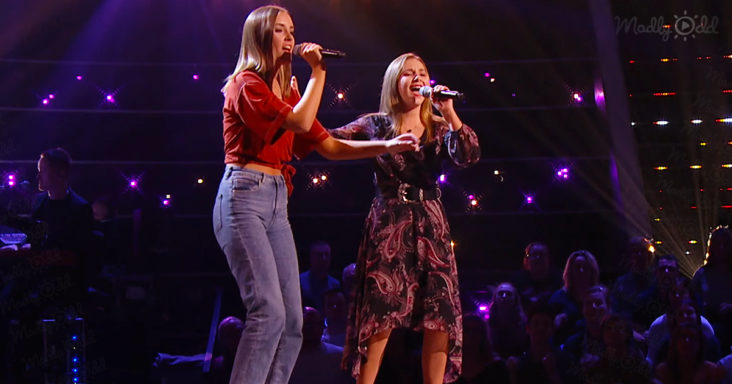 Twins performing on The Voice UK get Olly Murs to reveal an emotional story from his past. Katie and Aoife are both 16 and non-identical twins from a small village in County Meath, Ireland.

For their performance, they sang ABBA’s ‘Chiquitita.’ Katie says that they’re such good friends sometimes she forgets they are actually twins. They have been singing together since they were 4 years old.

Their dad was a musician, and he is very proud of them. Katie and Aoife could barely believe they were performing on The Voice in front of legendary artists like Tom Jones. 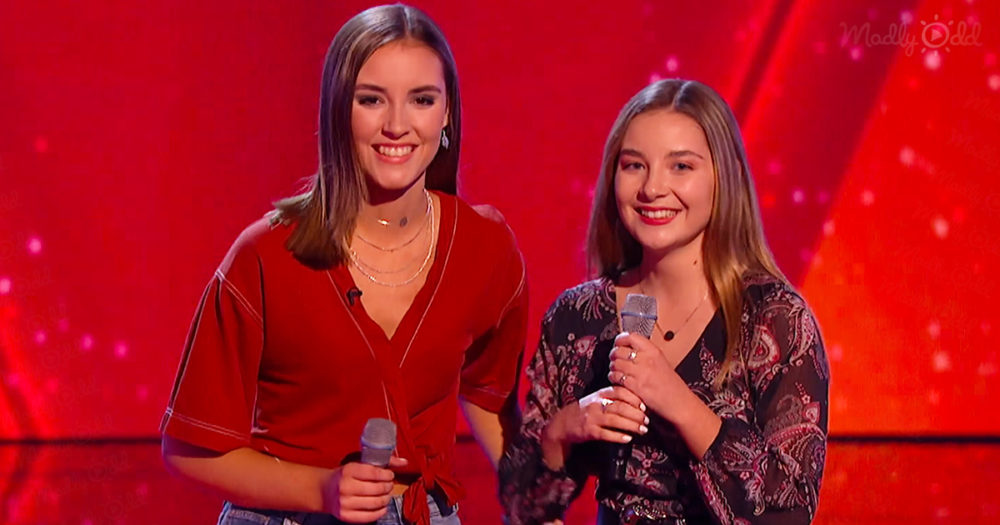 As they sing, they display their magnificent and angelic voices. Meghan Trainor is the only one that turns her chair during their performance. Olly Murs and Tom Jones actually apologize they didn’t press their buttons.

While talking to them, Olly reveals that he has a twin. After Katie and Aoife go backstage to hug their parents, Olly opens up to the judges, who don’t know he has a twin.

He hasn’t seen his brother in 10 years because they had an argument after Olly missed his wedding. Olly was on X-factor and couldn’t make it. The judges gather around Olly as he gets more emotional.

Tom Jones treats Olly like a son and comforts him. The four of them hug before going back to their seats. Olly still has tears in his eyes after talking about the extraordinary bond that twins share.