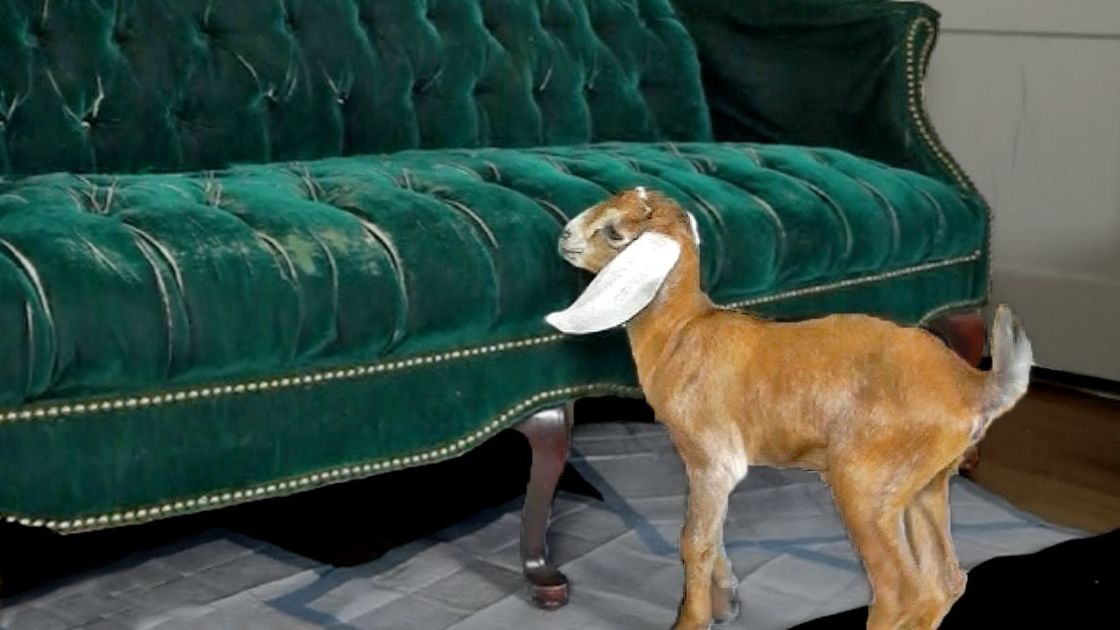 We’ve all had to master things that we take for granted – crawling, walking, writing, talking. It comes as second nature to us now, but when we were babies, it was out of our reach for quite a while. Gradually, with a lot of practice, we were able to reach the level that we are at now. With that in mind, I should be a lot more sympathetic to what we see in this video. But, I can’t stop the laughter.

Two baby goats are trying to master something that many animals have learned and take for granted: the ability to jump onto a sofa successfully. My two cats can do this with their eyes closed. The goats make it look more difficult than trying to cross the Grand Canyon on a tightrope with a strong wind. There are a LOT of falls. A lot of funny falls, I might add. I had tears in my eyes – from laughing so hard. 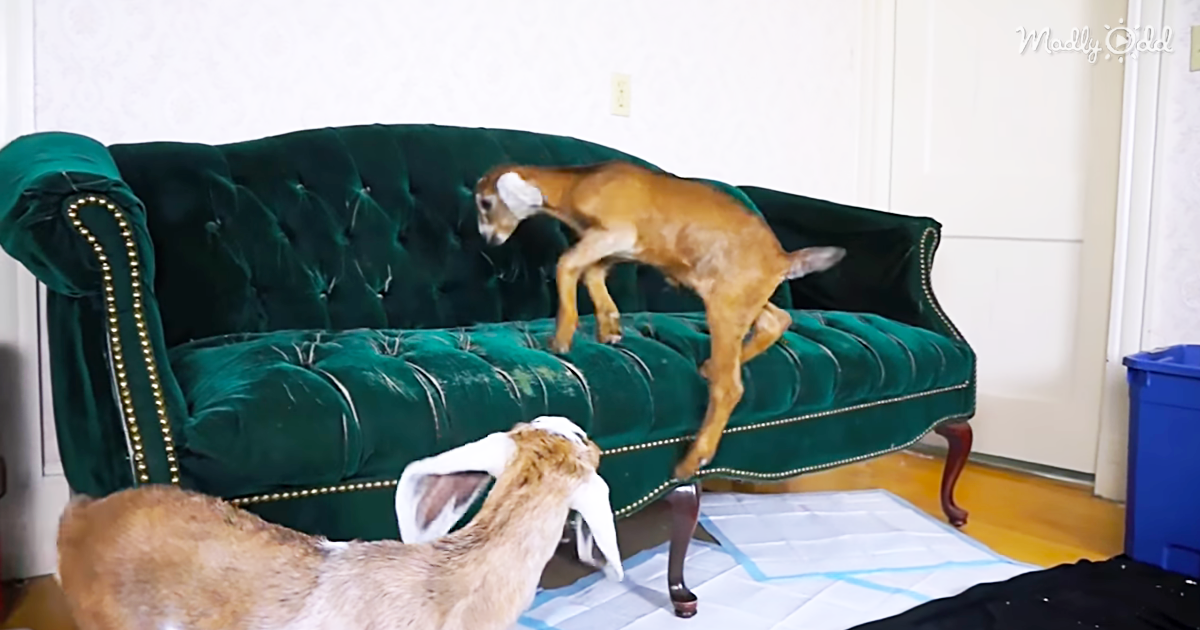 These are the same baby goats that appeared in another Daily Pet Buzz video that features a dog named Maymo. The pooch is nowhere to be seen in this video, but I’m fairly certain that he was someone off to the side, watching this and laughing until his stomach hurt. Wait, that was me after watching these goats futilely try to get up on that sofa time and time again. I’m glad that none of them were hurt, though.

The goats do make it up to the sofa, though they don’t stay on there long. One of them keeps jumping off it like he’s practicing stage diving into a mosh pit. Maybe he was a singer in a previous life. Now I’m picturing him crowd-surfing an audience of other goats. 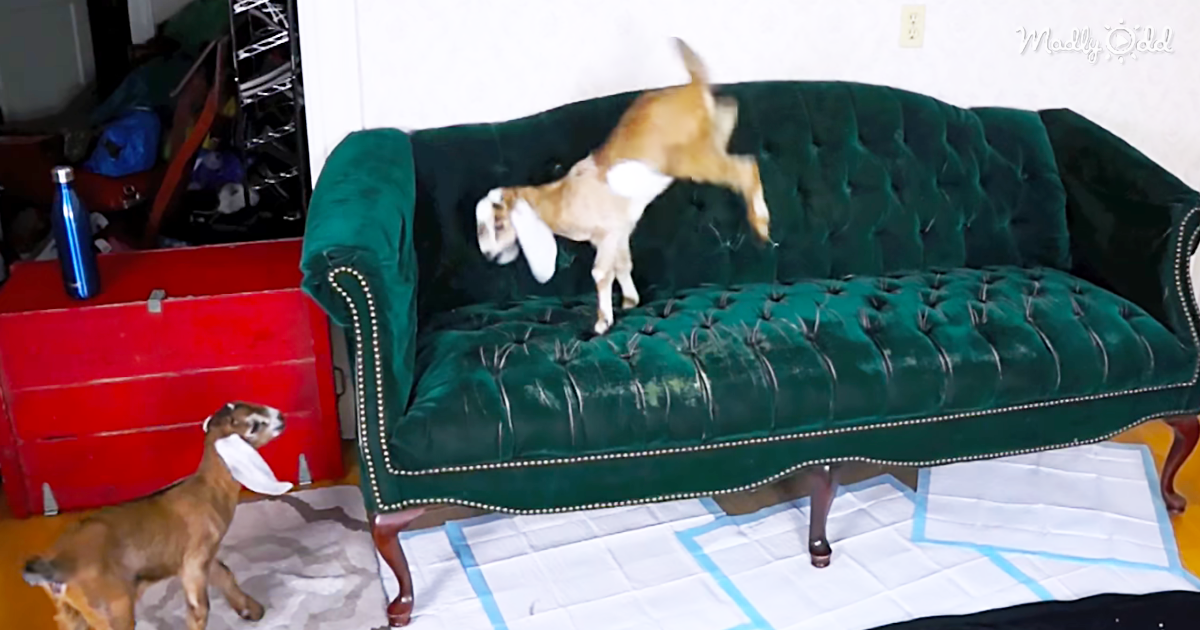 The other one seems to be working on his physical comedy skills. I feel bad that I’m laughing at them just trying to learn, but there’s a reason this video was uploaded. You will be busting a gut while watching this.