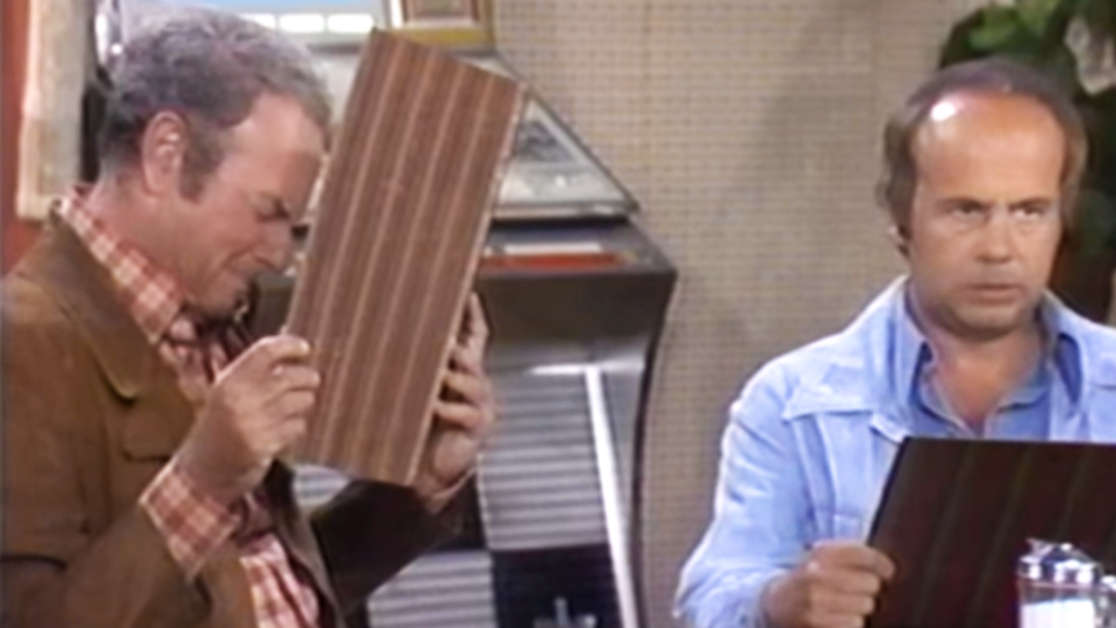 I always love when comedy sketches turn convention to the wind. They take a subject and wind up doing the exact opposite of what people think they should do. I mean, take for example these two “tough guy” truckers played by Tim Conway and Harvey Korman…

Everybody has certain impressions of what they think certain people are like. Take for example of truckers or motorcycle bikers. A lot of people think do you guys are just tough and boisterous while in fact, they are real softies. Harvey Korman proves this point perfectly!

Korman’s tough, macho exterior starts to crack. Well, I won’t ruin it for you, but the two of them sob over a jukebox song before hastily wiping their eyes before Lawrence’s waitress returns. When she does, they resume their tough guy acts. The waitress played by Vicki Lawrence laments that she’ll never know what real love is and the audience laughs out loud! It’s the kind of humor you’ll only understand if you lived the times and grew up watching this show.

This is one truly hilarious comedy skit from our favorite duo, two of the greatest! Starring Harvey Korman as Pete, Tim Conway as Hank, and Vicki Lawrence as Sally the waitress. Air date: November 1, 1975. Enjoy!