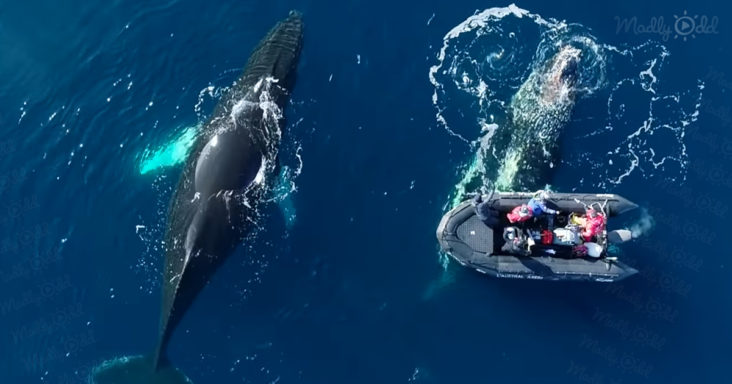 Wildlife filmmaker Richard Sidey and his colleagues hardly knew that two massive humpback whales would shortly ‘mug’ them across the Antarctic. And, the next thing that happened was a once-in-a-lifetime experience.

There was a noticeable change in the recovery of the Antarctic Peninsula’s humpback whales. Luckily, Richard was invited to join a team of scientists researching humpbacks in Antarctica with Conservation International.

On their journey, he was able to film jaw-dropping footage of two curious humpback whales who, ironically, were investing the researchers themselves. They blocked the team’s movement for hours, yet no one seemed to complain. 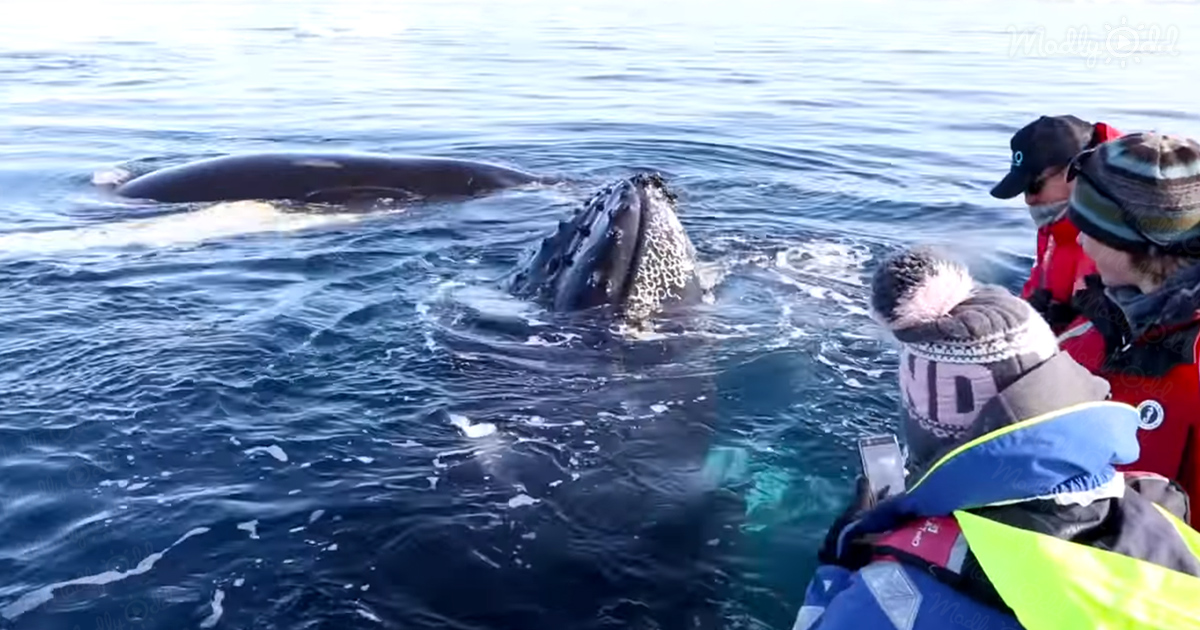 The research team was probably the most exciting thing that ever happened to these humpback whales. One of them came really close to the team, within about a meter, yet the whale was careful about the place around her. She hadn’t touched the boat once!

The scientists were mesmerized by their presence and put down their tools. They were really living in the moment while interacting with a 40-ton animal that chose to make friends with the team.

The best part is that when the scientists waved their hands at the massive whale, it rose and waved its pectoral fin back to say hello! The interaction truly touched everyone onboard.

Richards’ short film, Whales in a Changing Ocean, follows the team as they watch the whales’ behavior and gather essential data that may aid in the future protection of the Antarctic. This film won multiple international awards while raising public awareness of the importance of preserving biodiversity.