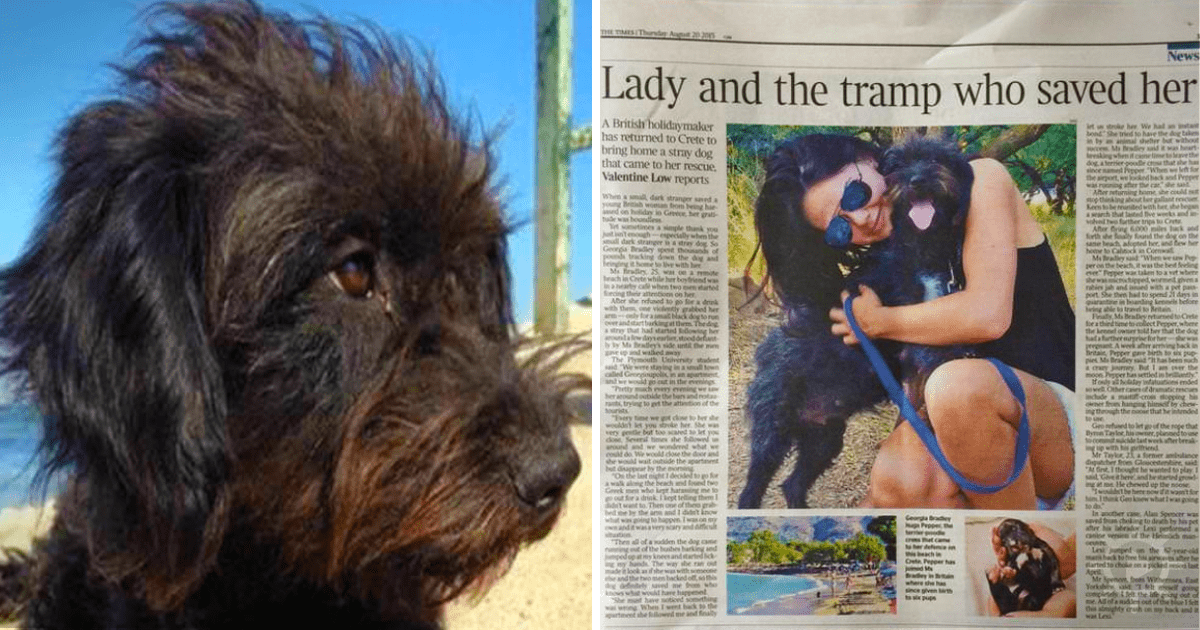 If you’re lucky, someone will step in and save the day if something bad is about to happen. For a British student vacationing in Greece, not only did a stranger save the day but probably rescued her from being robbed, raped or killed.

25 year-old Georgia Bradley was walking along a beach on the island of Crete when two men started following her. They pestered her about going out for a drink with them and weren’t taking no for an answer. “One of them grabbed me on the arm and I didn’t know what was going to happen. I was on my own and it was a very scary and difficult situation.” Fortunately, someone came to the rescue: a dog! Although neither large, nor intimidating, the dog sent the men running. “She shot out of nowhere, jumped up at me and began barking and licking my hand, and that made the men think twice. She saved me. She must have noticed something was wrong.”

The dog was shy, but stayed near Georgia and her boyfriend, who was vacationing with her. “We had an instant bond… We went right round the town to see if she had an owner, but we couldn’t find one and we had to fly the next day.” They named the charcoal-colored dog Pepper and tried to persuade a local animal shelter to take her in, but to no avail. “When we left to go to the airport, we looked back and Pepper was running after the car. It was heartbreaking.”

After returning to Britain, Georgia realized she would never forgive herself if she didn’t go back to rescue the dog that had rescued her. She spent all her available funds on returning to Greece, finding Pepper, having her vaccinated, and getting all the paperwork in order. A week after Georgia finally got her canine friend home, Pepper had a little surprise: she gave birth to six puppies!