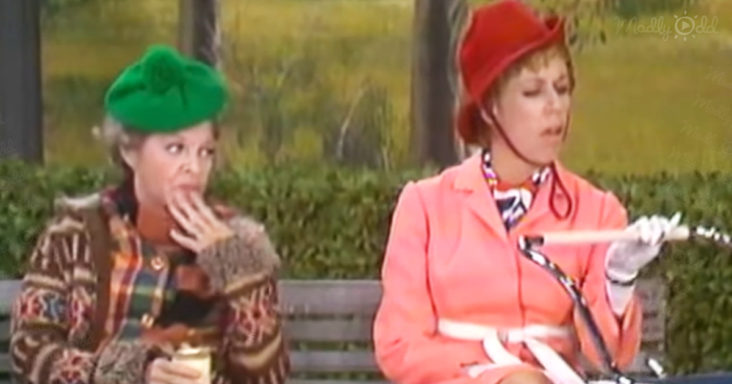 The Carol Burnett Show had a hilarious sketch of two mothers meeting in the park. One mother called herself Mrs. Spencer Applegate II, and the other mother referred to herself as Millie.

Mrs. Applegate is a germaphobe, and the scene starts with her wiping down a dirty-looking bench. After she is done, she starts to remove her gloves, and underneath her gloves, she is still wearing gloves.

Inside a stroller, the baby of Applegate rests as she takes a seat on the bench. Millie comes in pushing a shopping cart. The cart has a blanket on the inside of it. 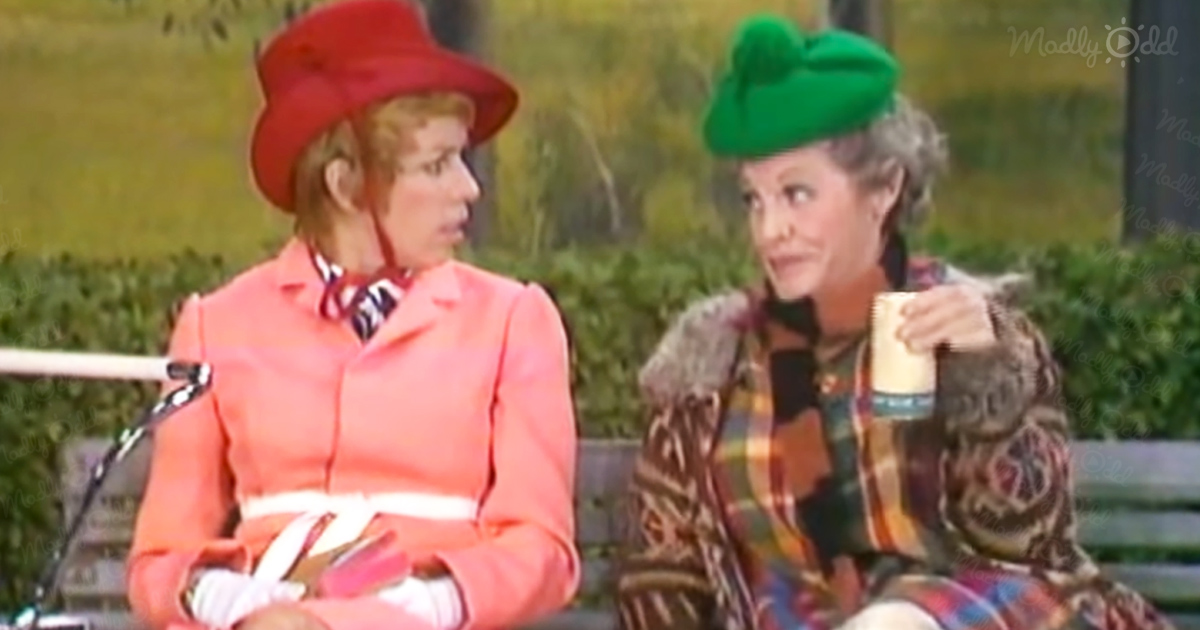 Millie reveals that her baby is actually inside the shopping cart as she makes sure he has his pacifier while she opens up a can of beer for herself.

On the bench, Mrs. Applegate tries to read her book, but Millie can’t help but try and talk to her. Every so often, Millie shouts at her children in the distance.

When Mrs. Applegate’s baby starts crying, she sings a sweet lullaby for him. Then Millie’s baby cries as well. She simply tells him to shut up, and it works.

Suddenly a sickly man walks by and asks for money. Mrs. Applegate quickly gives him money so he will go away. Millie confesses that the man was her husband, and she leaves with him.