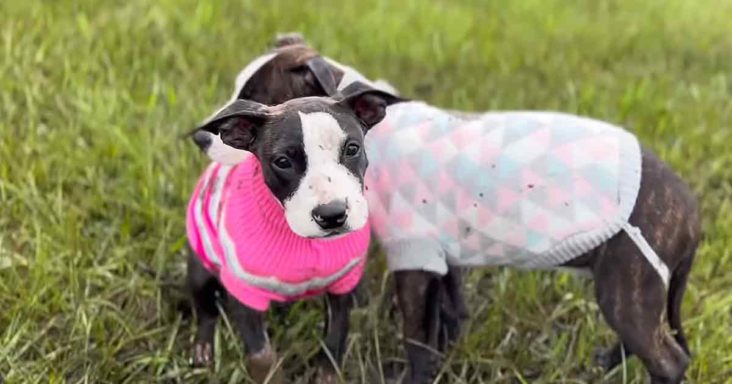 Luke & his wife, Sam, have dedicated their lives to taking care of innocent dogs. Doggy Daycare Farm, located in Sydney, Australia, recently took the responsibility of taking care of a Staffordshire Bull Terrier, Shadow. The shelter dog was very reactive and needed to be placed in an environment where she could relax and take care of her puppies. 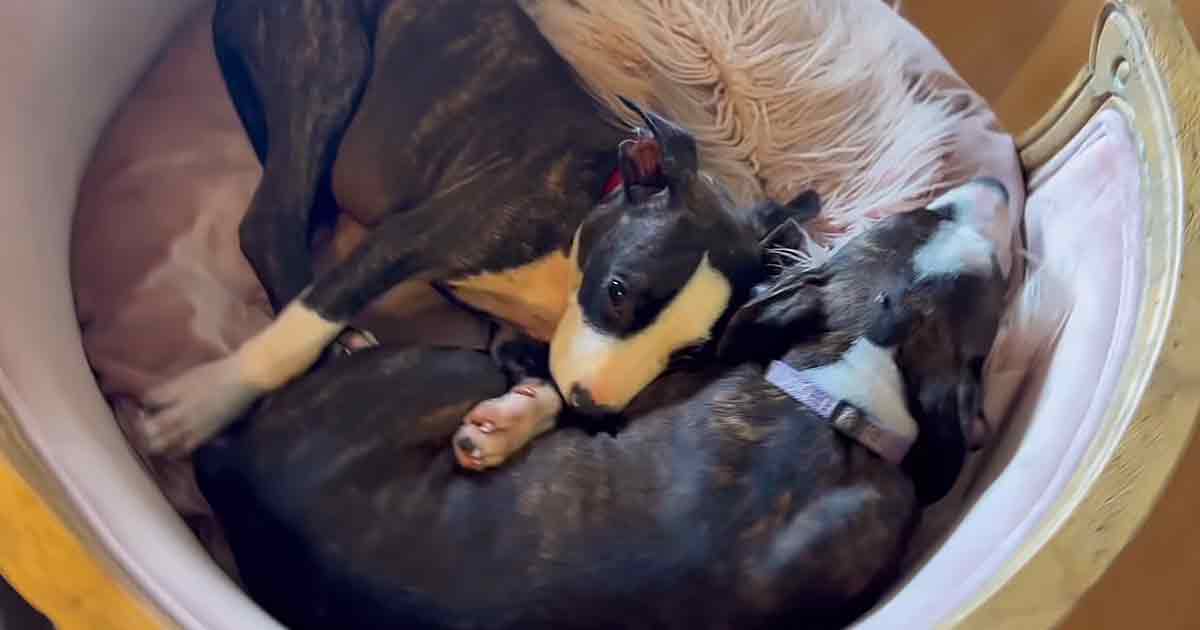 After giving birth, the dog was moved to the daycare. Shadow lived there with her little ones until they were adopted. Recently, two of Shadow’s puppies were found on an adventurous day at the daycare.

It was a wet and cold day at the farm, and the Staffy puppies, Miss Violet and Miss Red were feeling very lazy to get out of their bed. However, when Aunt Sam asked them if they were ready for a fun-filled day.

The two of them immediately got up and went out to play with the other dogs. Uncle Luke and the others wore a raincoat as it was raining a lot. The little ones were busy playing with the dogs of their size. However, due to the cold breeze, soon they started feeling cold. 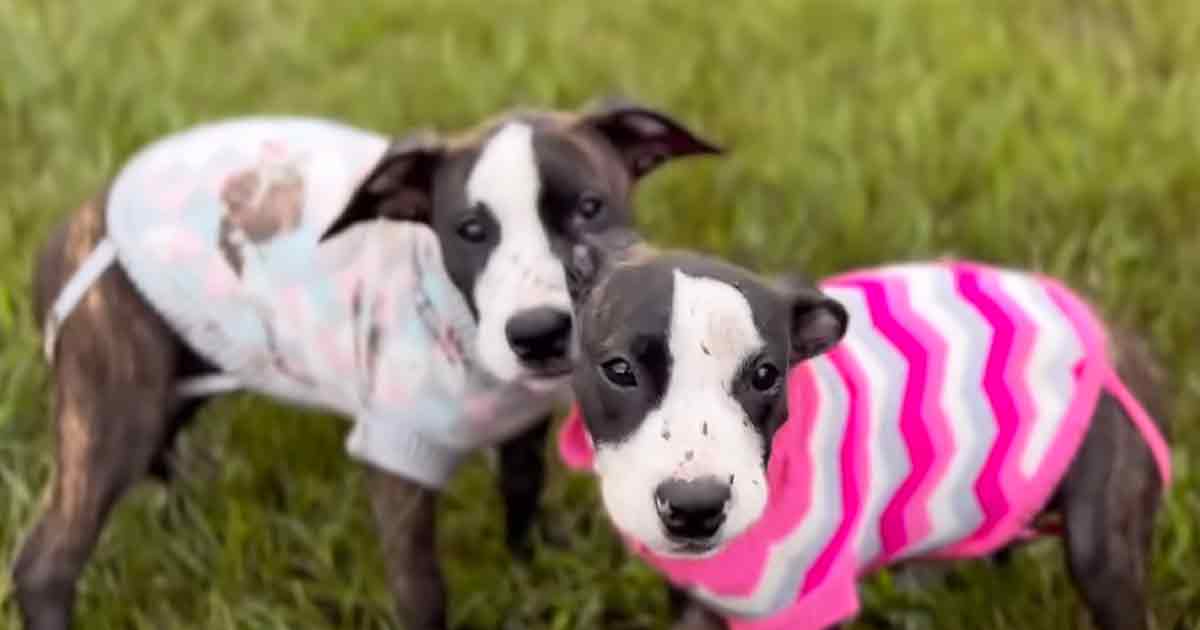 They went to Shadow, but she went off after showing some attention to her puppies. Sam had noticed that they were feeling cold and asked for a wooly jumper for both the sisters. However, it was a bit tight, and she preferred Luke to help her with it. So after they were done with Miss Violet, Luke went to Miss Red to make her wear the jumper.

They checked each other’s jumpers, and it felt as if they wanted to wear what the other Staffy was wearing. After some time, both of them got busy. As they played with each other, they looked cute in their bright outfits. Everyone, including the little ones, followed Luke. 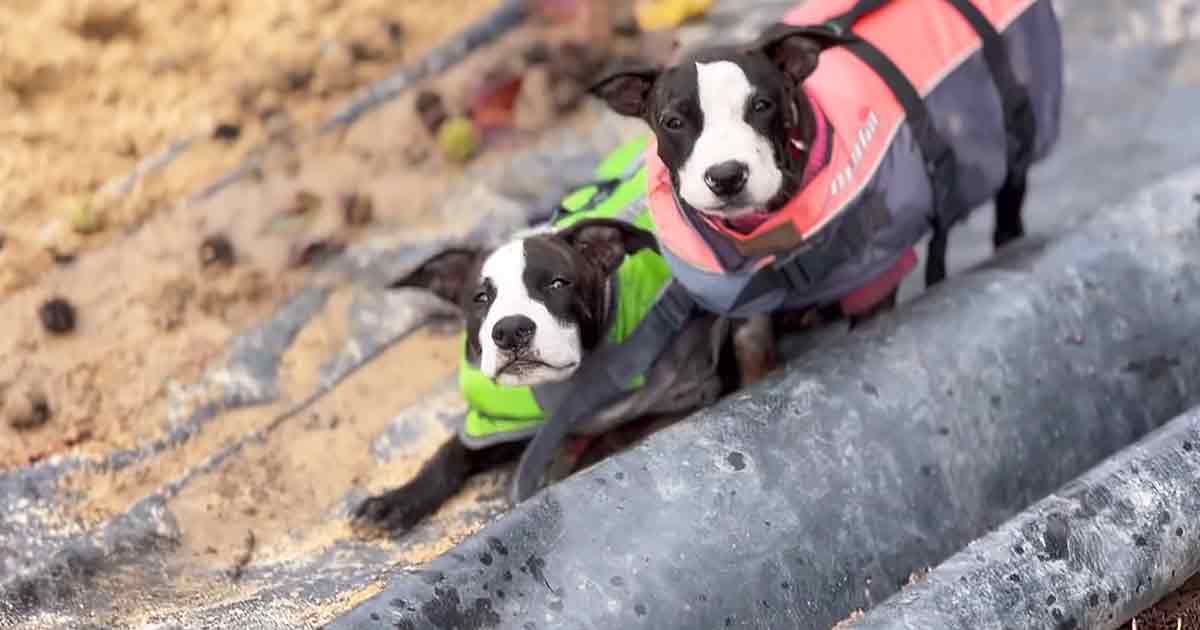 The outfits were already dirty as they were busy playing in the wet mud. Finally, after a whole day of their antics, the two sisters decided to rest beside the gentle dog, Banjo. Soon, Luke and Sam took them to the big pool, where they took a nap for a while. Then, Shadow and her two daughters, the little Pug named Cutie Pie, had their lunch with their favorite humans. After that, it was nap time once again. Miss Violet slept with Banjo on the couch while Miss Red slept in her dog basket.