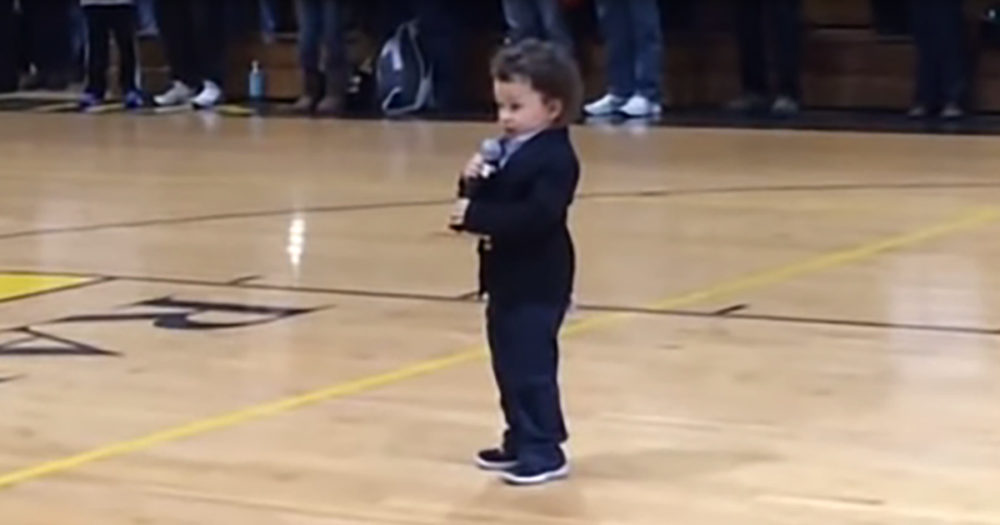 A crowd at a Varsity Basketball game in a Manahawkin, NJ high school (Southern Regional), got a delightful surprise! Clark Harris, a Cincinnati Bengal, who used to attend the NJ school, walked out onto the court, holding his 2-year-old son’s hand. Little Trent Harris began his adorable rendition of “The Star-Spangled Banner” next to his father.

Trent hesitantly begins to sing, whispering the first line. He gets a little more confident with the second line, and Daddy moves off the court quietly. Trent continues to sing as the fans listen attentively.

Trent has gotten the hang of the song, and you can tell when he belts out the “rocket’s red glare.” The crowd giggles and he launches into the part where the bombs are bursting in air.

The National Anthem is not an easy song for a toddler to sing in front of a broad audience, but he does a great job! He must have been practicing it at home for a while! Not only did he remember the words, but he didn’t get stage fright either. His parents must have been as proud as the crowd was pleased.