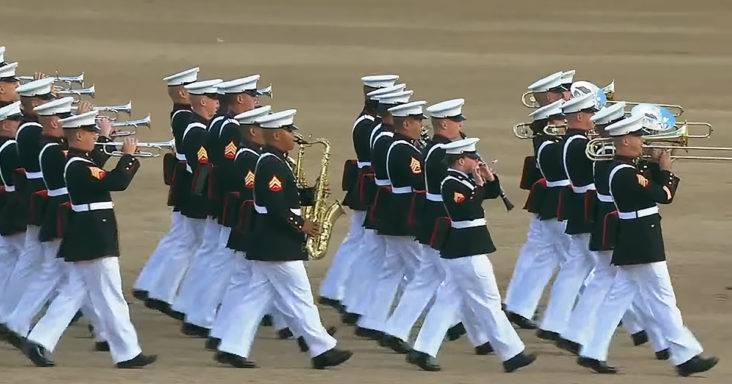 The ‘Marines’ Hymn’ is the official Hymn of the United States Marine Corps and is performed as a showcase of respect.

Recently the Marine Hymn was performed by the 2nd Marine Division Band in London at the Horse Ground Parade. The band performed alongside the Massed Bands of HM Royal Marines. 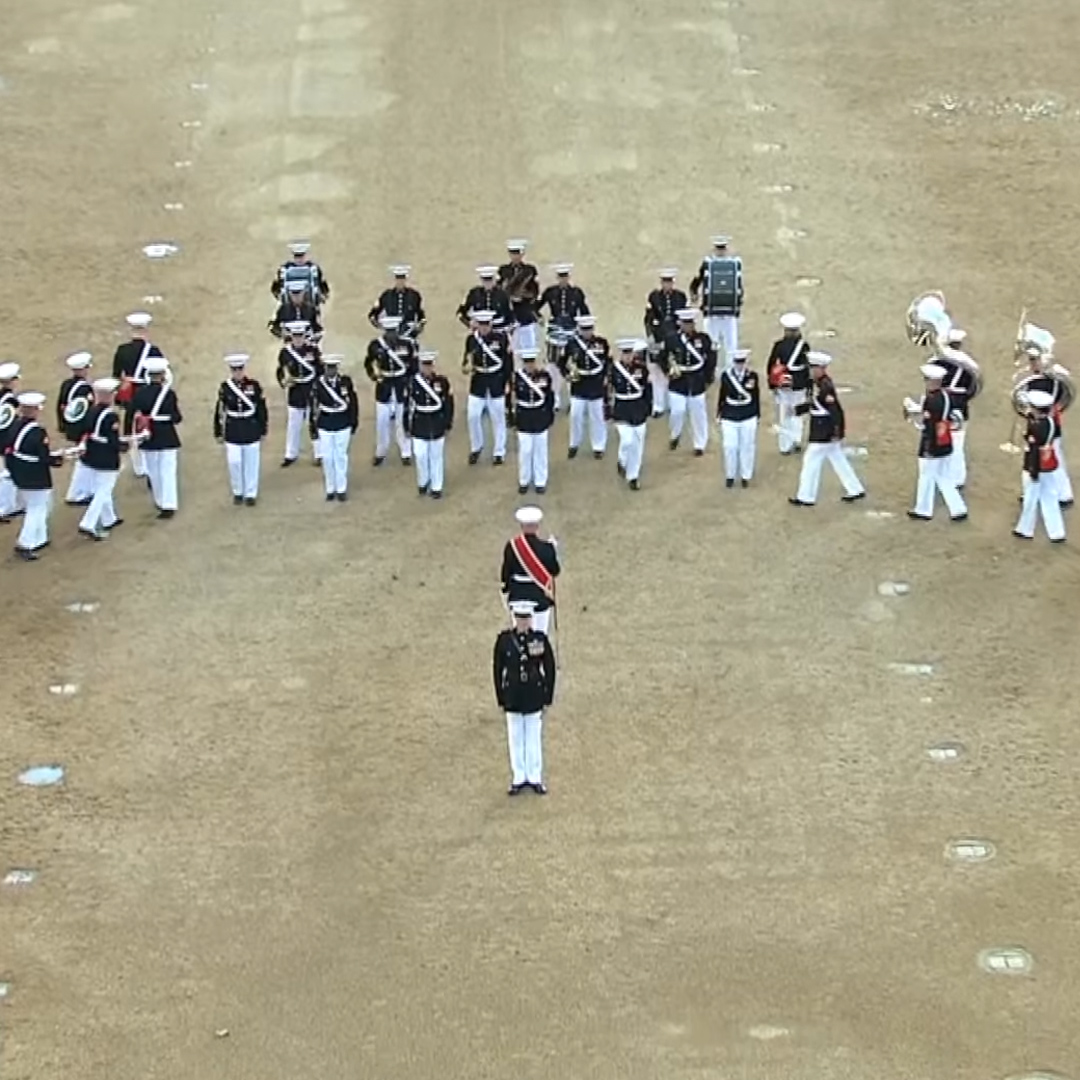 The marines complete their routine at the ground and return to the rear of the parade while they play their signature tune, ‘The Marines Hymn.’ They were led by Arr. Hunsberger during the whole parade.

They start to play the tune and begin to march backward in a disciplined manner. In perfect sync, the band members play the Tuba, Flute, Oboe, Clarinet, Saxophone, Bassoon, Trumpet, French Horn & Trombone. 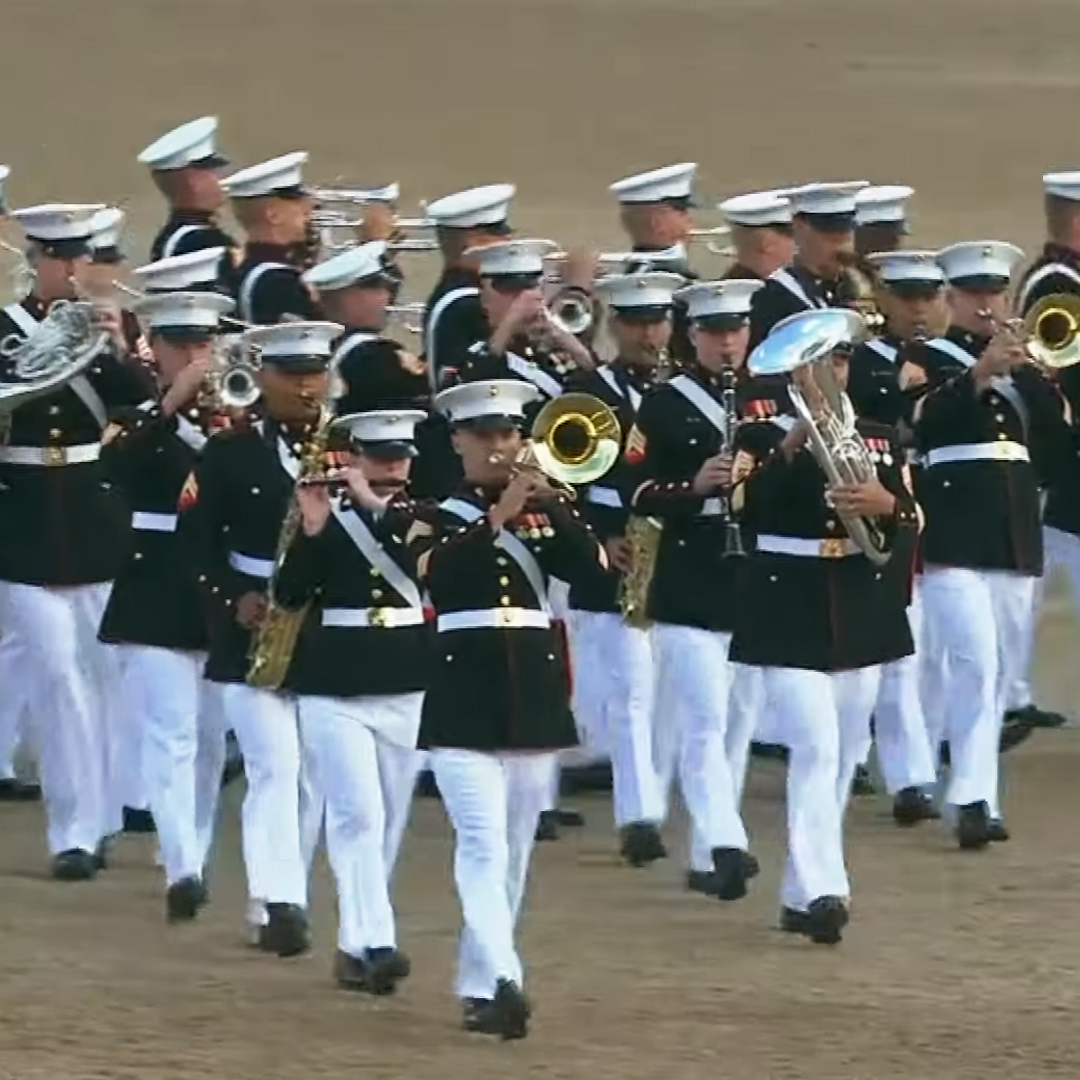 All the dignitaries are mesmerized by their fantastic performance. The confidence that these marine musicians have showcased is outstanding. Everybody worked as a perfect team and gave their best performance.

The crowd could not help but cheer for these marines, and the dignitaries stood quiet listening to the Hymn. Arr. Hunsberger was leading the team to the point where they had to stand after the performance. 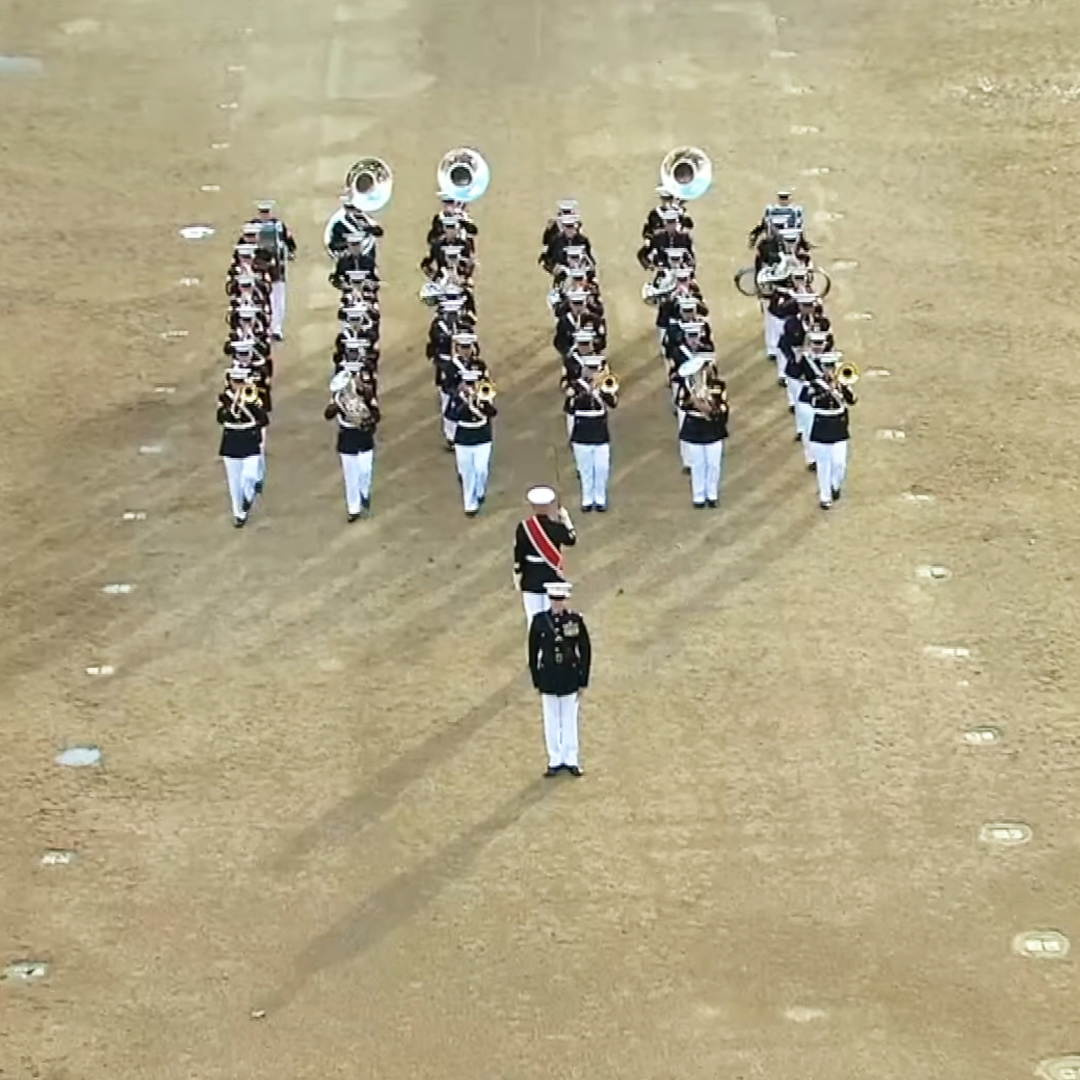 The band moved in perfect synchronicity without missing a beat. Even at the turn, they manage to stay in sync while waiting for their brothers on the outer flanks to line up. The coordination is a sight to behold. 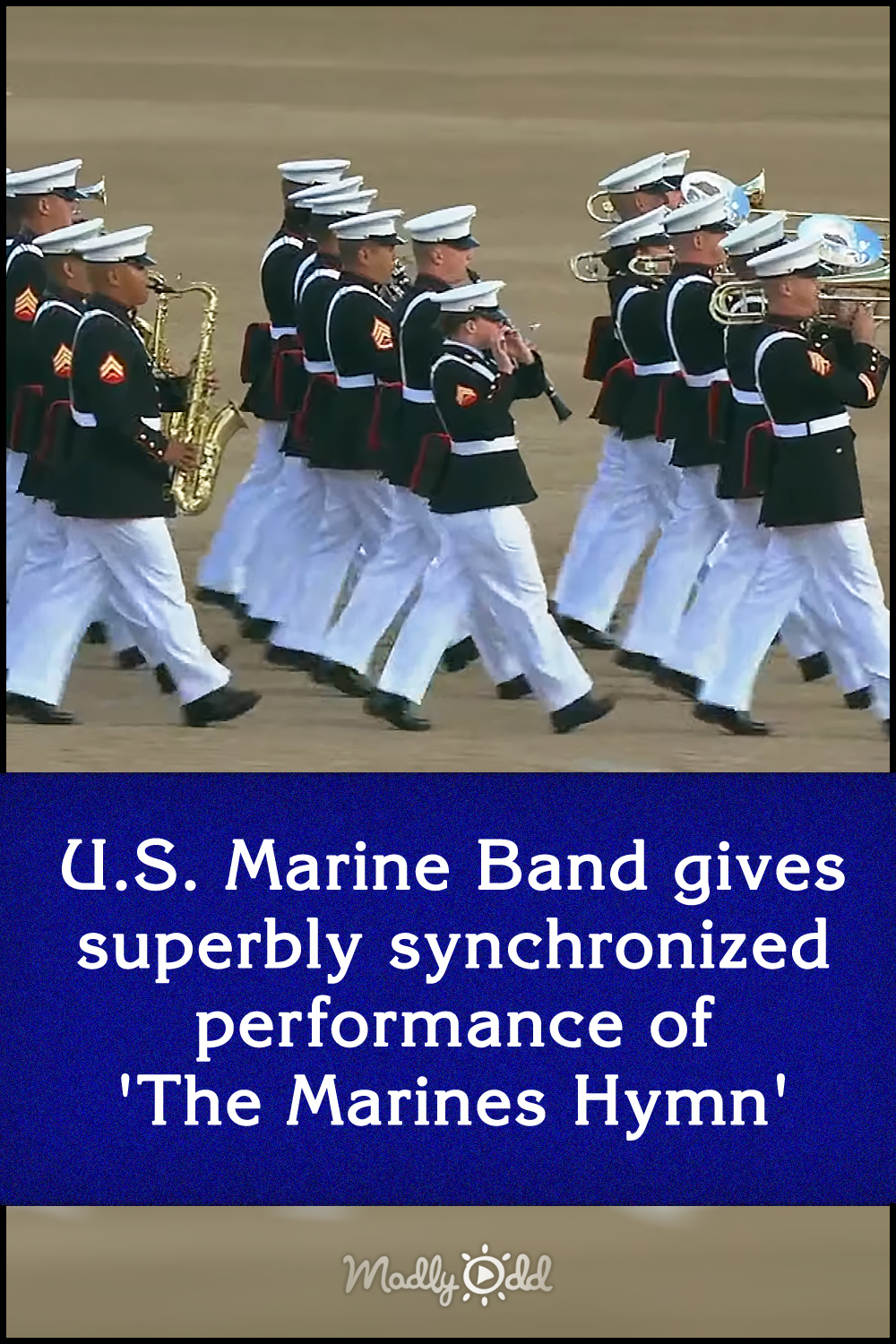