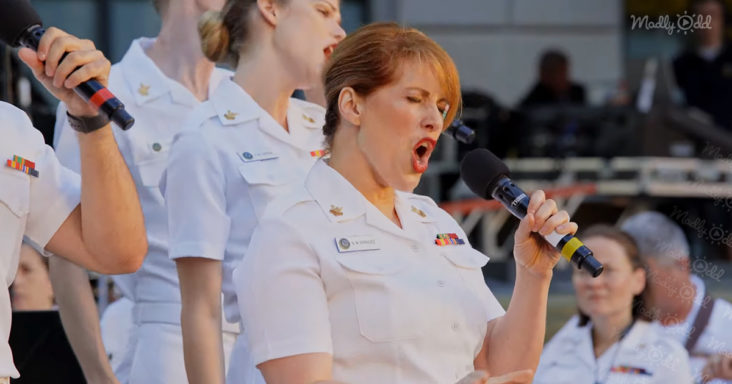 Members of the U.S. Navy Band took the stage for a rousing acapella performance of the Pentatonix hit, ‘Rather Be.’

The U.S. Navy Band put on an incredible show for their outdoor audience, including a beautiful acapella performance of the Pentatonix hit song, ‘Rather Be.’

With soaring vocals and every singer used to recreate different parts of the song, including the instrumentals, the group left the crowd in awe with their rendition. 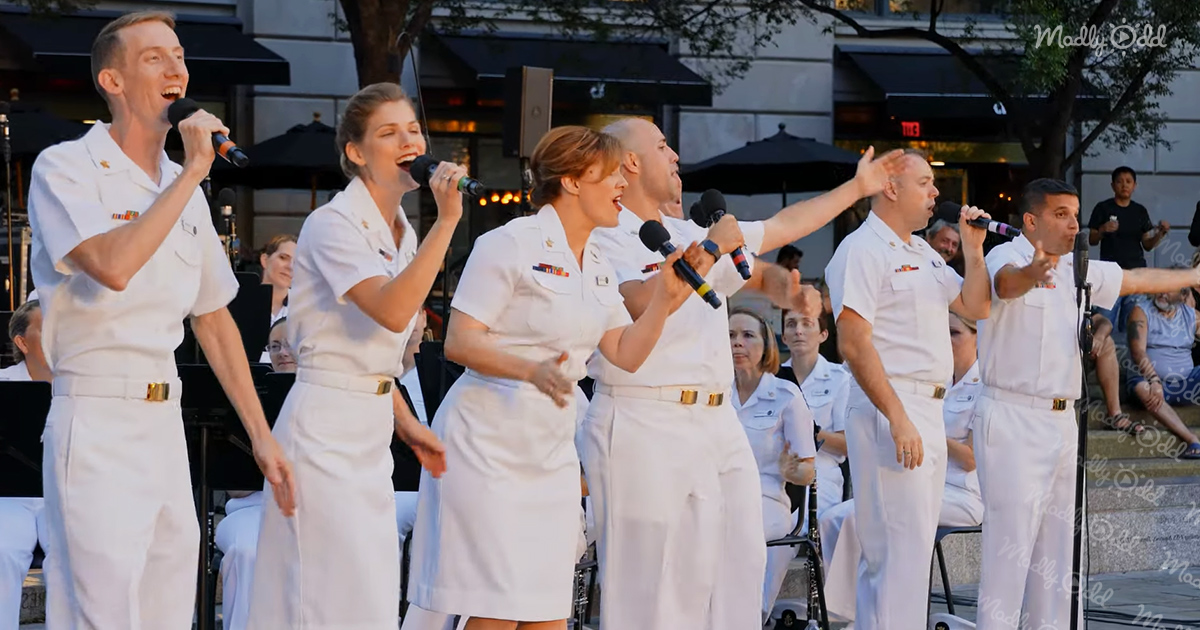 The charming and fun version of the song even featured a small, playful dance routine, completed perfectly in sync while the members continued singing.

It was a delight for those in attendance as well as the fellow members of the band, who took a short break from their instruments to enjoy the show.

Overall, this was a performance that will appeal to fans of Pentatonix, to supporters of the U.S. armed forces, or to anyone in the mood for great music. 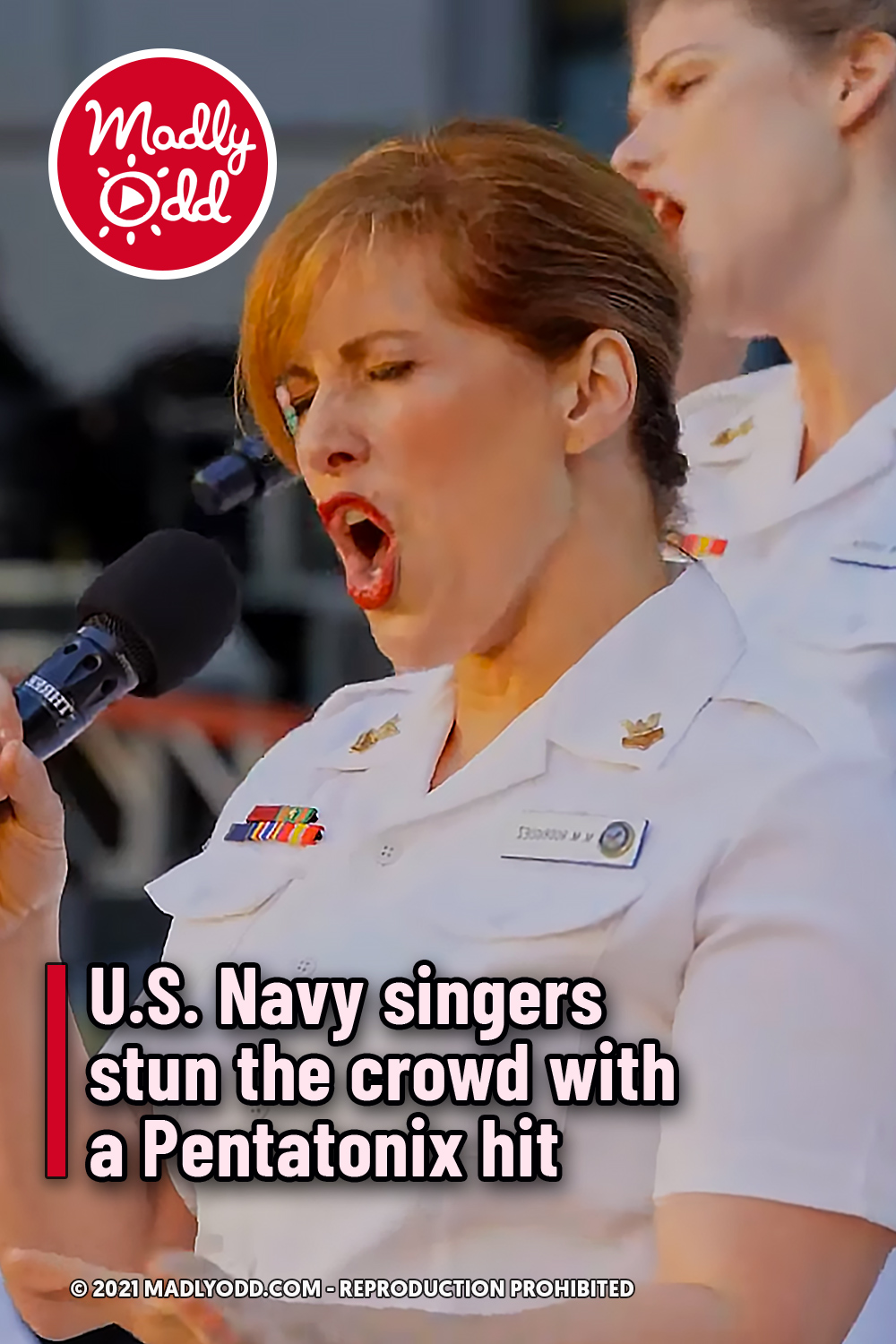