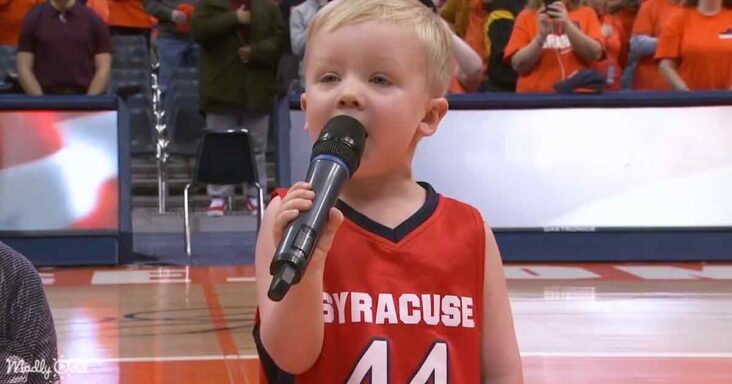 When most people imagine national anthem singers, they picture star performers like Gladys Knight, Demi Lovato and Mickey Guyton. But Syracuse University proved that star power is not limited by age. 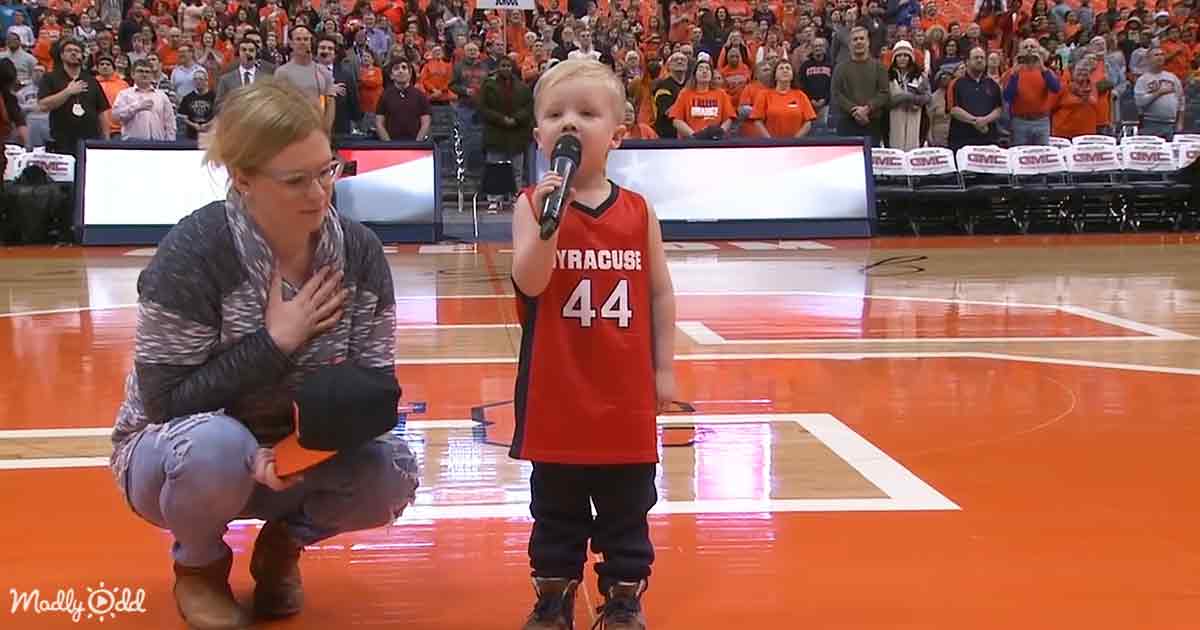 On December 17, 2018, three-year-old Drake Grillo made Carrier Dome history when he took hold of the microphone and began singing the National Anthem to an audience of 6000 people.

Most adults would have been shivering at the thought of singing in front of such a large audience, but Drake was unfazed. Despite his age, he was ready to share his voice with the crowd. 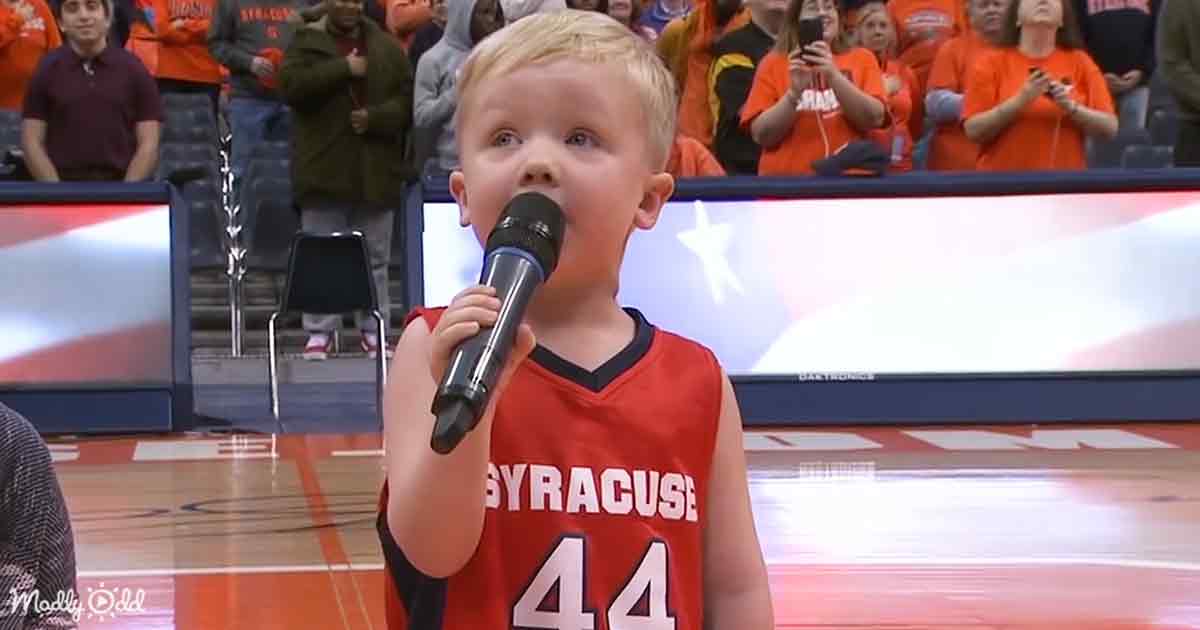 His mother kneeled beside him for support, but Drake Grillo did not spare his mom a glance. He was too wrapped up in the emotional performance of his patriotic song.

As people who have sung the National Anthem know, remembering all the lyrics under pressure is no small feat. Even skilled performers have struggled to keep all the words together. 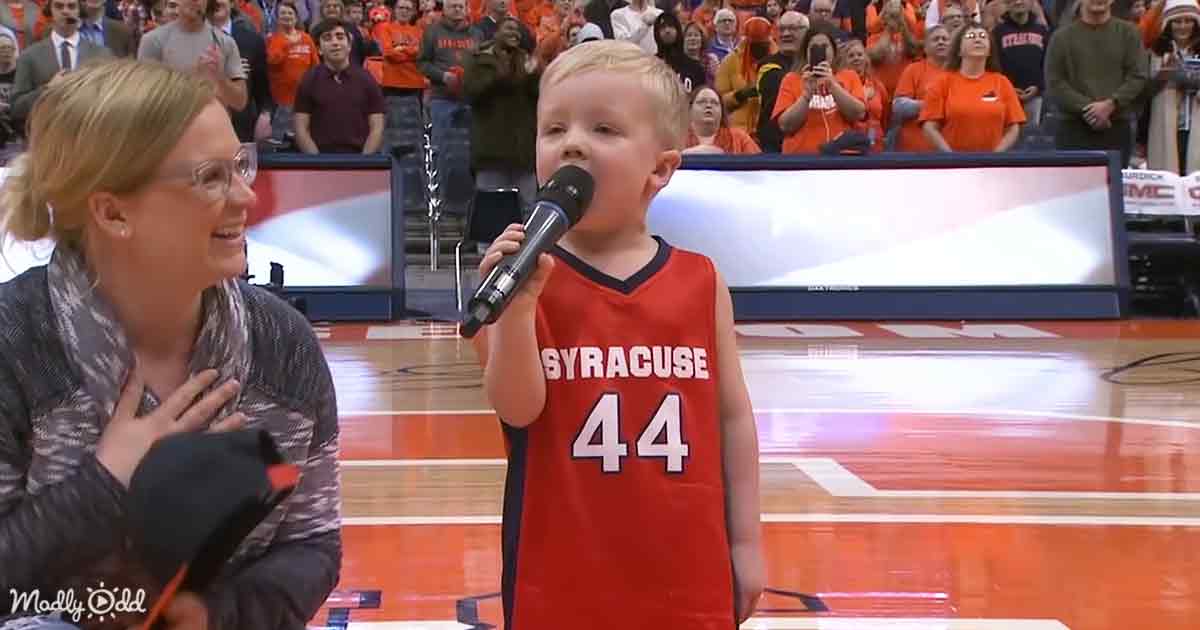 But the bright three-year-old had no issues keeping all the lyrics straight. Drake sang each of the verses as loud as he could with his adorable lisp, and the audience could not get enough.

As the young child came to the last verse of the National Anthem, the entire audience beamed with joy. Whether you are patriotic or not, this adorable little one will bring a smile to your face. 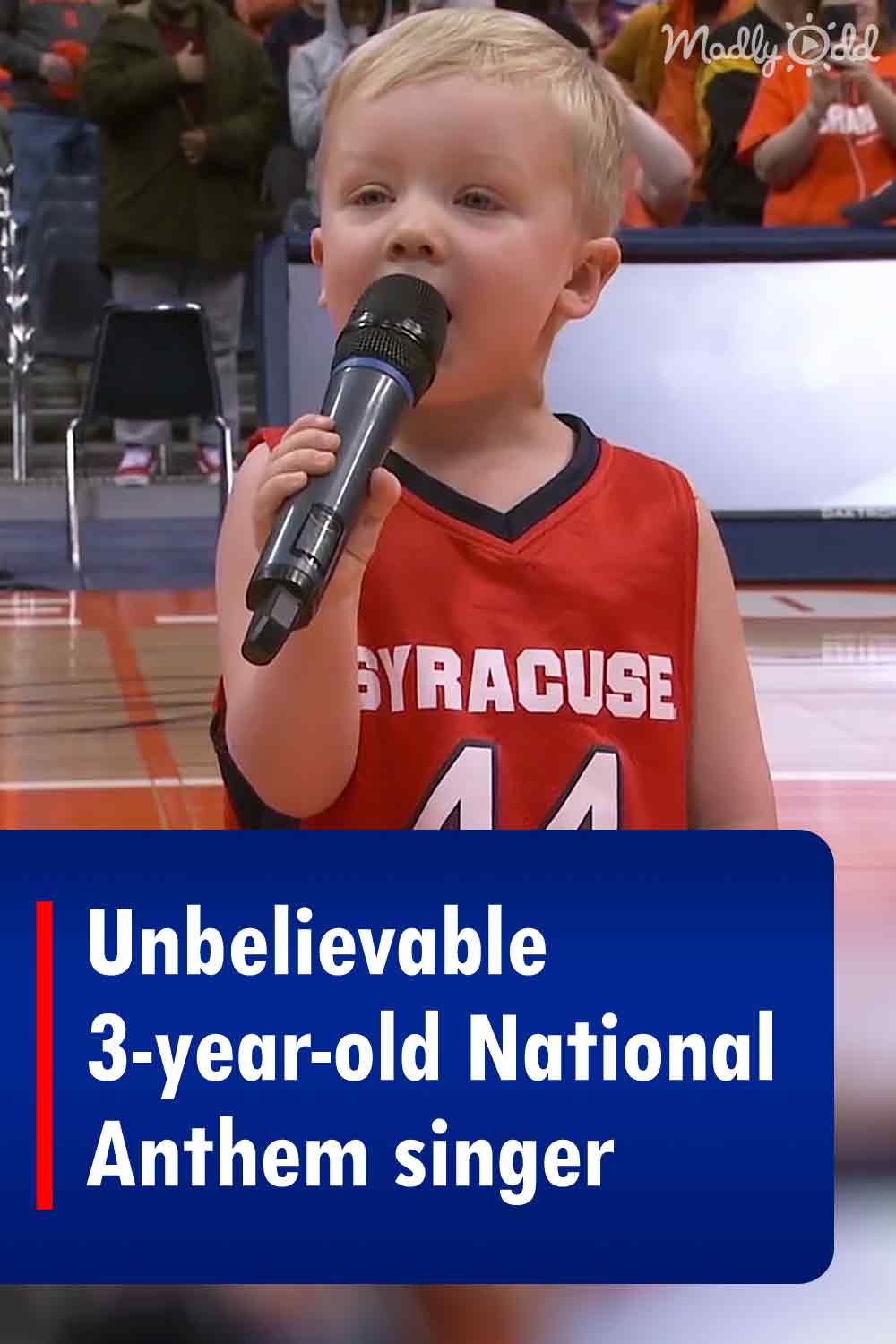