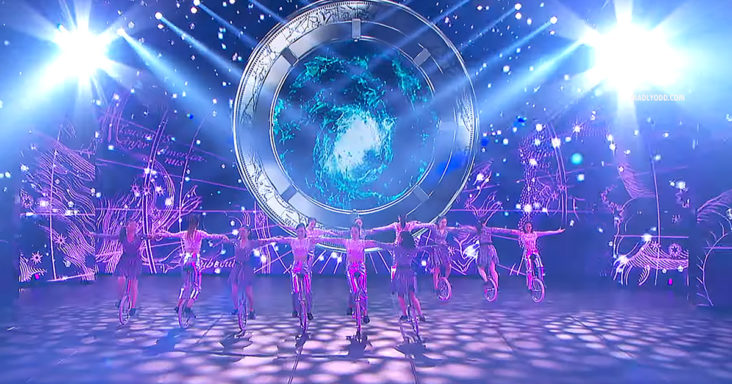 Flashback for some ’80s fun with the ladies of ‘UniCircle Flow’ as they keep everyone’s eyeballs glued to the screen with their masterful disco-themed performance.

Hailing from Japan, this is the group’s third time on America’s Got Talent’s stage. Each of their performances has been dynamically different from the previous one, which begs the question: What can these ladies do next to impress AGT fans with their quasi-acrobatic bicycling skills?

Unicircle Flow answered the call and delivered it in spades tonight. Paired with an 80s disco vibe, the ladies were decked out to the nines with their dazzling silver costumes as they disco danced across the stage on their unicycles and into viewer’s hearts with their fabulous routine.

The feedback from all of the judges is extremely positive and all signs point to a big “YES” for the group’s future. Sofia thought the purple motif and 80s inspired costumes made the right impression, complimenting the music and fancy cycling footwork.

Heidi hinted at the group’s Las Vegas future and declared they are a versatile group with the potential for delivering surprising routines that will keep fans coming back for more.

And Simon Cowell is finally won over this time with the music change and declared Unicircle genuinely Vegas worthy. Just you watch and you will agree: