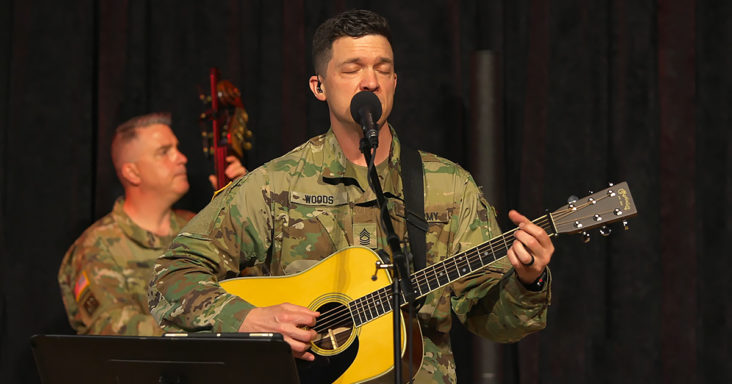 It is incredible to see how heroes of the battlefield become heroes on stage. A video of eight uniformed soldiers on stage performing ‘More Than a Name on a Wall’ showcases these soldiers’ musical talent and turns them into musical heroes.

The Statler Brothers, also known as The Statlers, was an American country music, gospel, and vocal group. The four-time Grammy-winning group became famous through the 60s and 70s and were backup singers for Johnny Cash.

The band released ‘More Than a Name on a Wall’ in 1989 as part of their Greatest Hits compilation. In this video, the eight soldiers known as Country Roads perform the song somewhat differently by adding other symphonic instruments not found in the original. 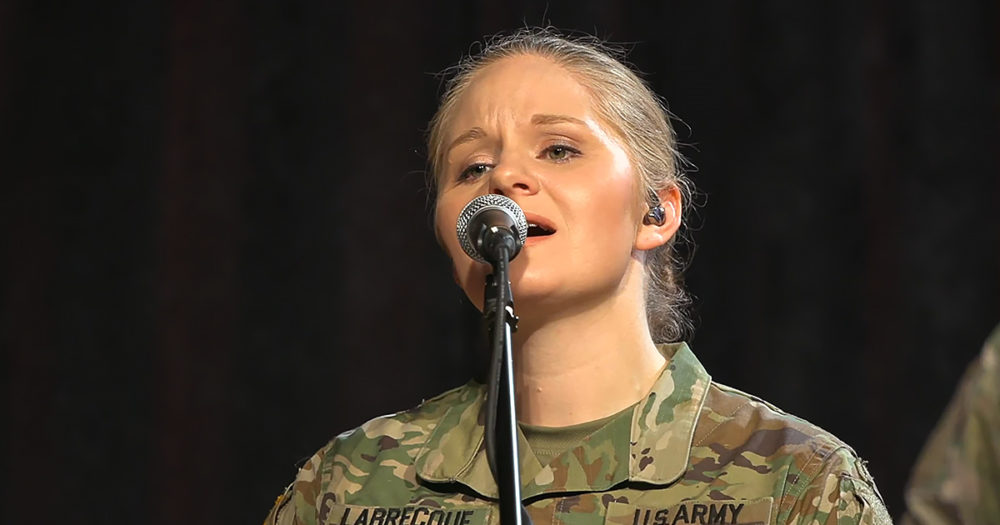 The high-pitched weeping of the violin adds another depth of emotion to the song. The lead singer’s voice is very similar to that of the original artist. It perfectly carries the song pitch-perfectly to the very end.

The song turns into a duet later when a lady joins in. While the other six soldiers are all doing their part, the duet’s voices and the violin take the spotlight and keep the listener glued to the song.

Lillian Lopex commented on the video: ‘That was so hauntingly beautiful. I just wanted to cry and cry and cry some more. I greatly admire our men and women serving our country.’

With its beautiful lyrics, the song is the perfect fit for these heroes with their angelic voices. This performance renders the listener without control and stirs emotions within even the sturdiest of souls.