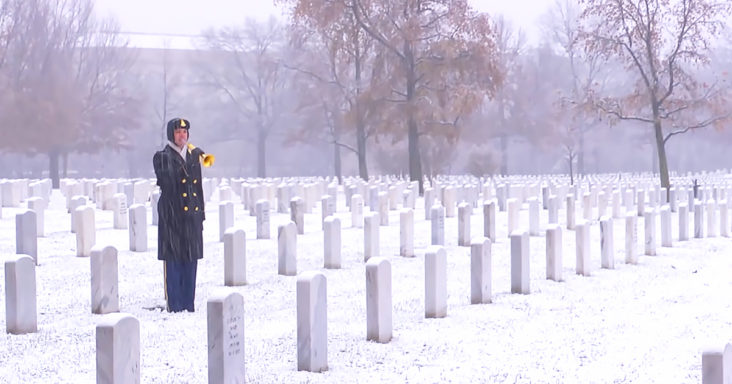 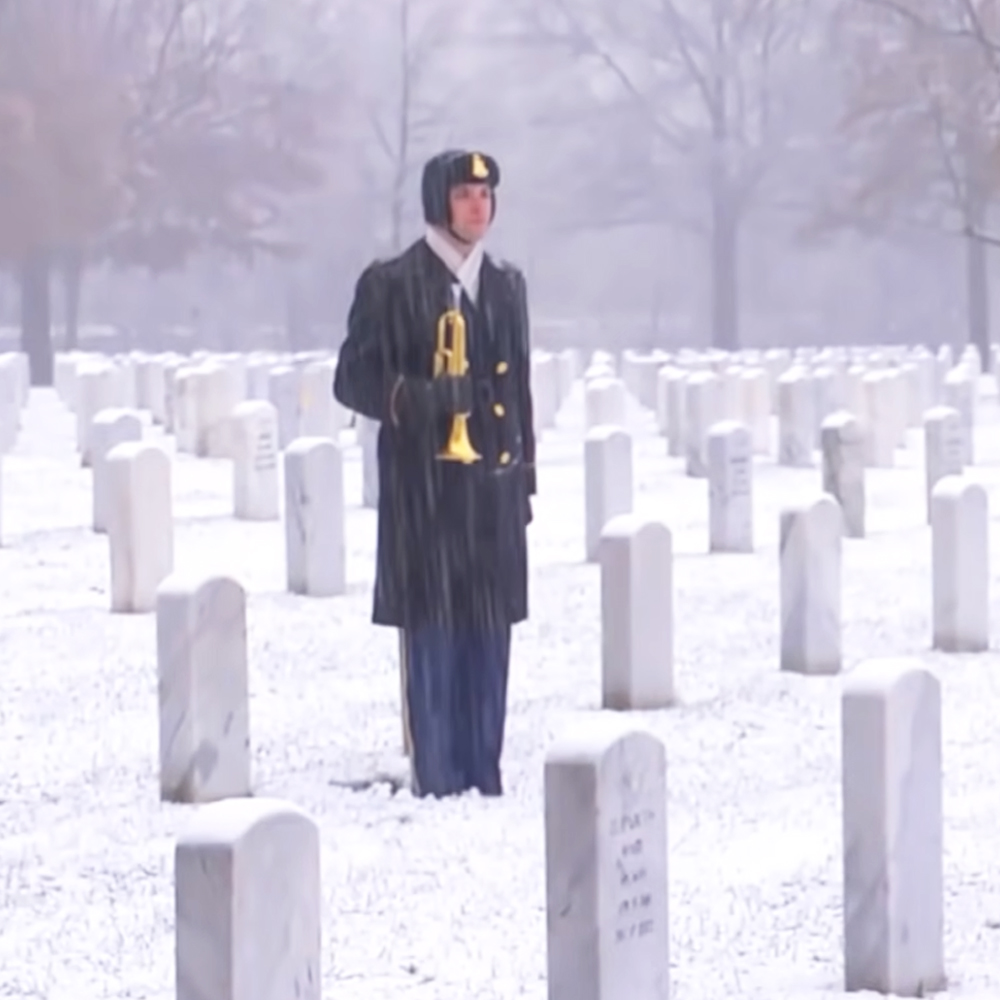 The United States Army Band “Pershing’s Own” buglers perform over 5000 missions a year in Arlington National Cemetery. This particular video occurs when snow is falling beautifully over the solemn sight.

The bugler is seen among the headstones from a wide shot that delivers the chilling landscape. The camera also provides a close-up of the bugler playing the somber song that means so much to so many people. 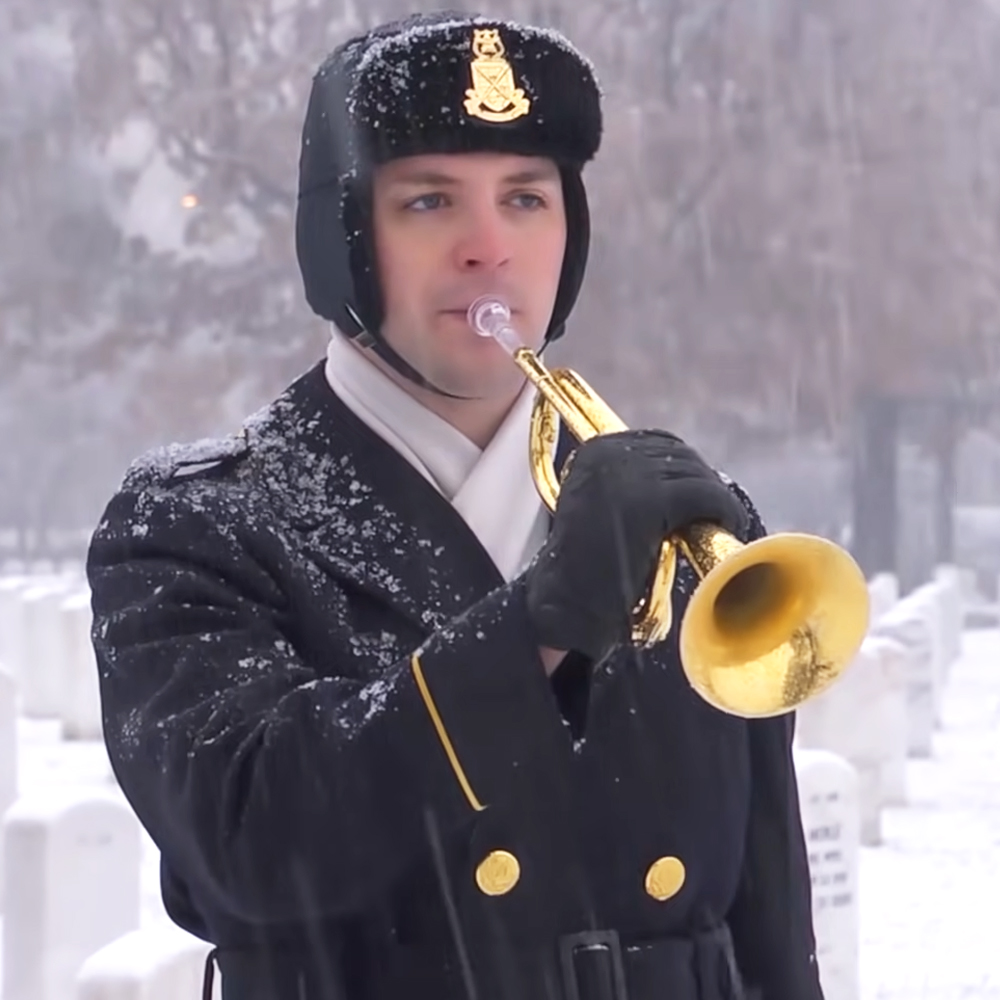 ‘Taps’ is a bugle call that plays during military funerals and flag ceremonies. It is typically played by a single bugle, as seen in this clip. The song is also referred to as ‘Butterfield’s Lullaby’ or ‘Day is Done,’ which is the first line of the lyric.

The custom of playing ‘Taps’ at military funerals started in 1862 when Captain John C. Tidball wanted to honor a fallen corporal. Tidball wished to fire seven rifles in a 21-shot salute, but he was denied permission. 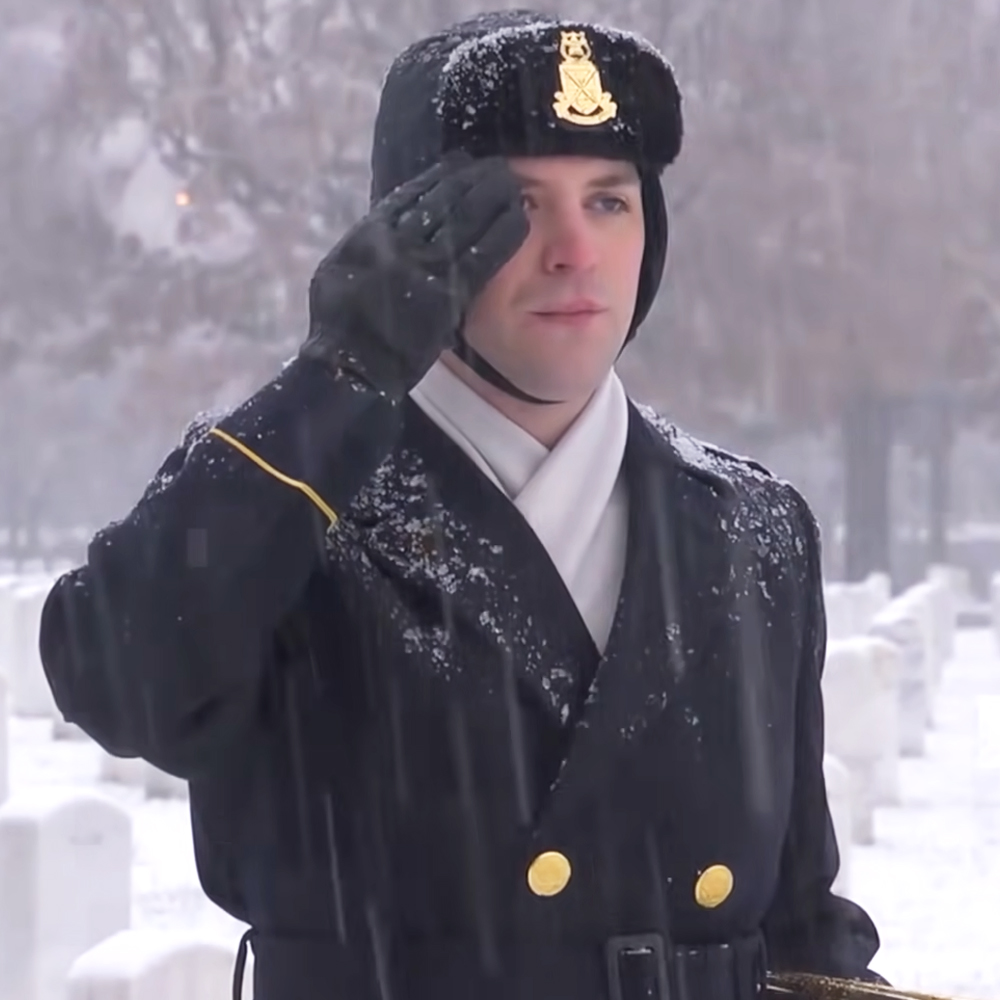 Tidball wrote, ‘The thought suggested itself to me to sound taps instead, which I did. The idea was taken up by others, until in a short time it was adopted by the entire army and is now looked upon as the most appropriate and touching part of a military funeral.’

The stoic, lone bugler among the graves at Arlington Cemetary covered in snow is a beautiful reminder of our fallen heroes. It is a stunning video that reminds us to never forget.