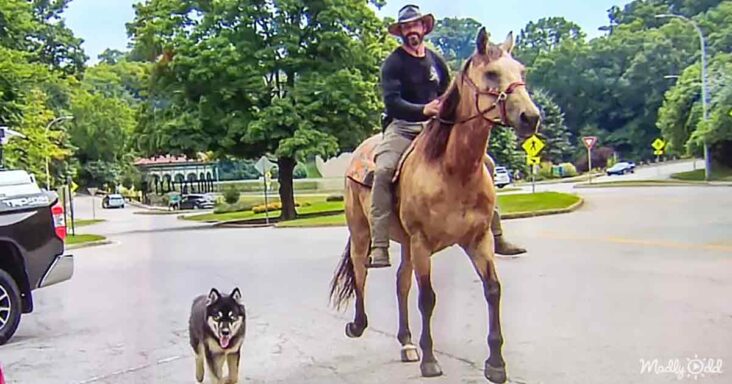 Matt Perella served his time in the United States Marine Corps. However—like many other servicemen and women—he had new complications to deal with once he returned from deployment. 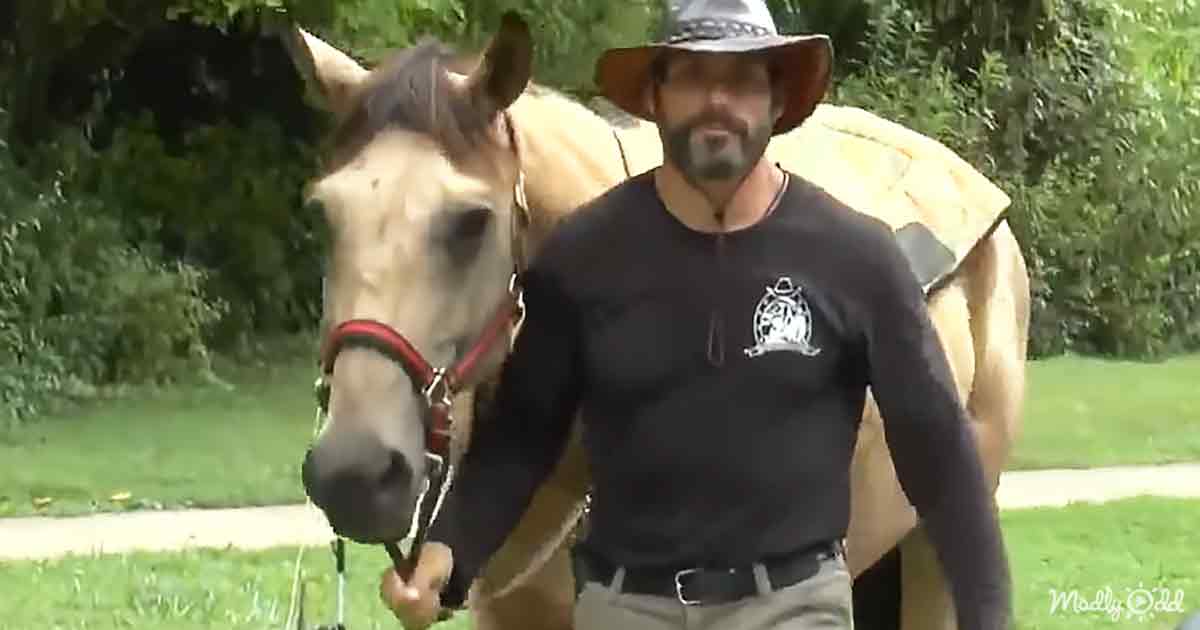 Unfortunately, Matt’s experience had given him PTSD. It ate away at him, even pushing him towards suicidal thoughts. Fortunately, though, Matt wasn’t alone. His service dog, Raffe, stayed by his side and comforted him.

In fact, Matt recalls two times when he completely gave up on life: both times, Raffe jumped on top of him and wouldn’t let Matt up. You could say that Raffe saved Matt’s life. 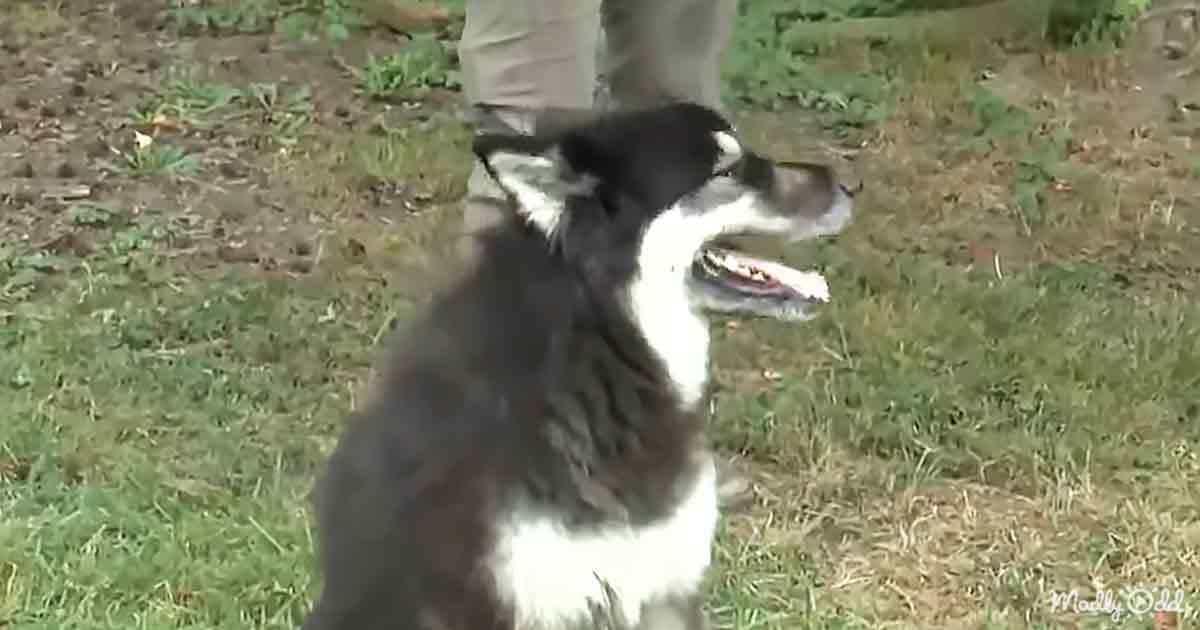 Eventually, Matt realized he needed help if he was going to overcome PTSD. He decided to take Raffe and his horse, Buck, on a walk across the country to raise money.

With over 5,000 miles of walking planned, the trio—also known as “The Three Amigos”—aim to raise enough money to create a ranch. This ranch will help veterans who are suffering from PTSD but also the animals themselves. 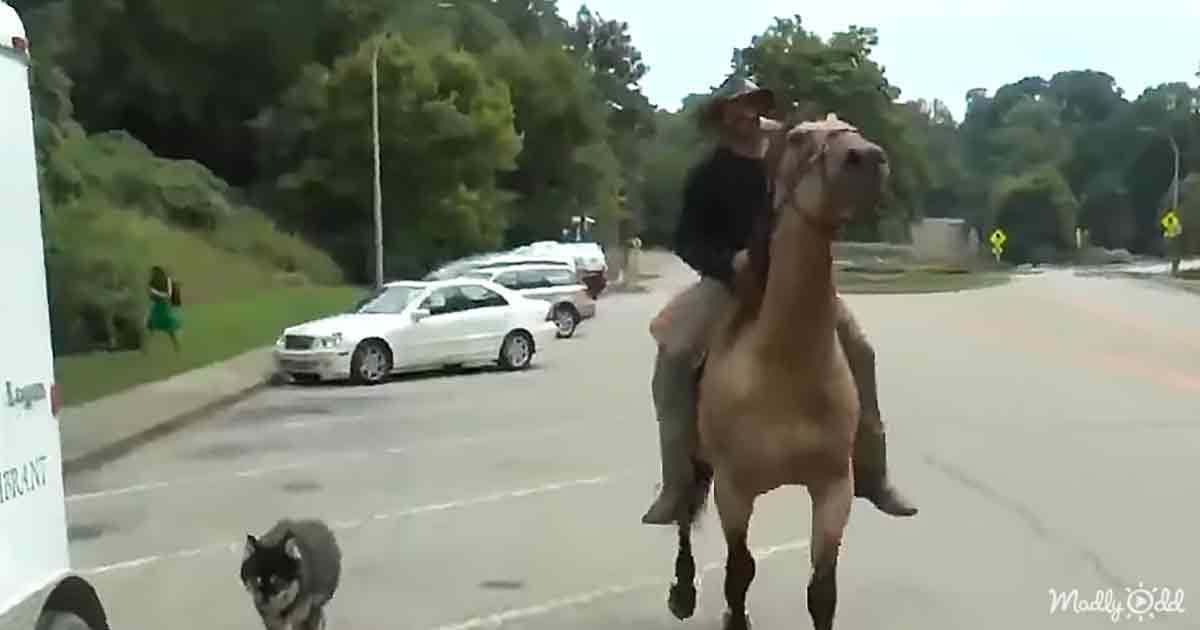 Matt hopes to offer a place for retired horses to live out their lives and a second chance for “death row dogs.” Raffe was originally on death row for aggression, but with training, he could adapt to normal society.

When the ranch is operational, Matt intends to offer these same opportunities to other dogs that society has given up on. Do you support veterans, love horses, or simply have a soft spot for rescue dogs? If any of these apply, it’s worth checking out Matt’s GoFundMe to learn the details of his dream: the Righteous Rescue Ranch. 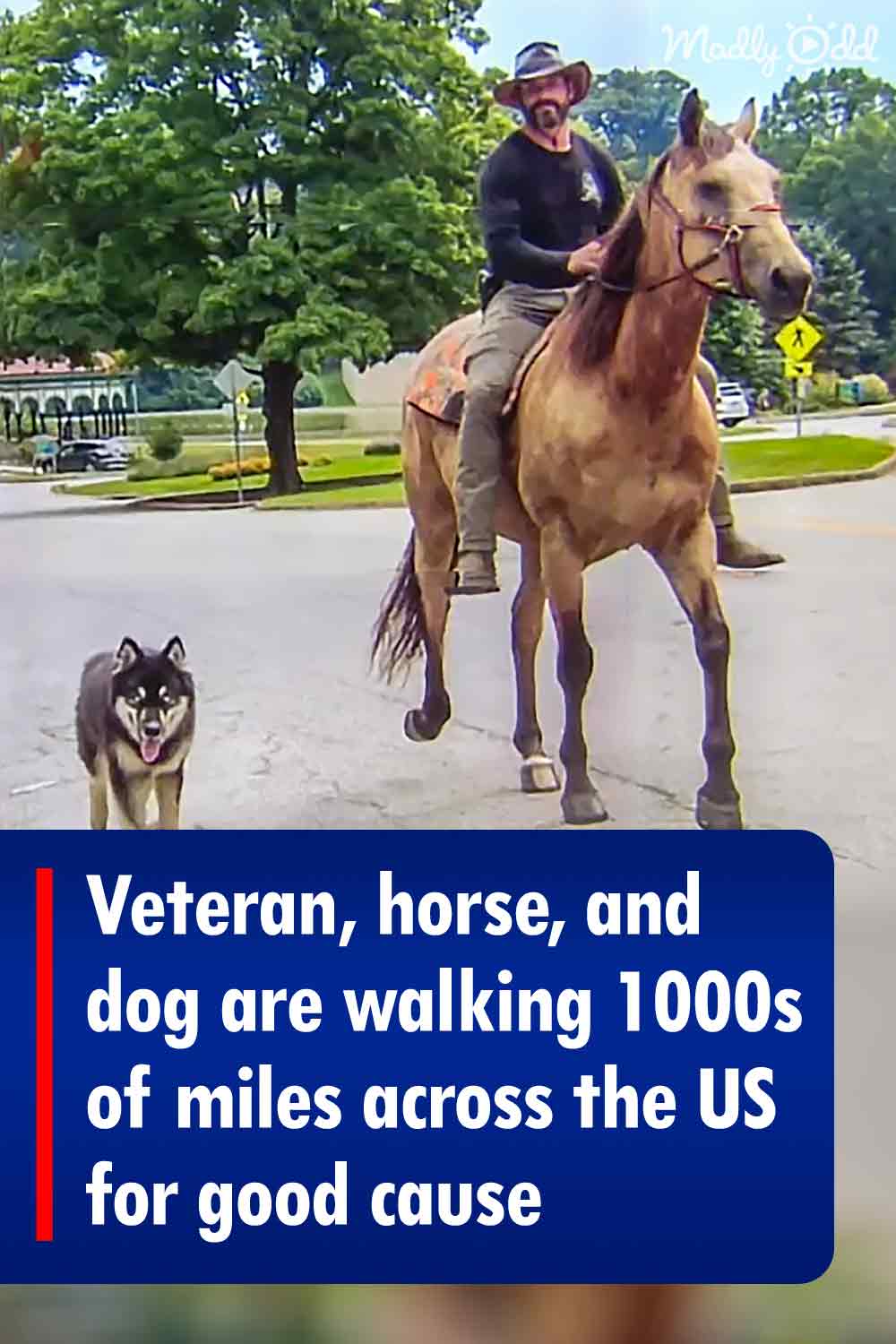