Returning to civilian life is a big adjustment for any veteran of the armed forces but most especially for those who have invisible wounds. What was once called “shell shock” is becoming increasingly well-understood as post-traumatic stress disorder (PTSD). It’s a complex condition without any easy cure. At a farm in Upstate New York, there’s an innovative program called Saratoga War Horse where veterans are helped by helping horses.

Like the people who enter the program, the horses also have trust issues. They’re rescued and retired racehorses who weren’t always well-treated during their sporting careers. The horses mirror the veterans’ energy and emotions: unsure and untrusting at first. And yet, it only takes minutes for a horse to see that they and the veteran speak the same language. It’s a solid basis for trust and bonding. According to Bob Nevins, founder of Saratoga War Horse and himself a Vietnam veteran: “There’s a lot of pain that these veterans have to find a way to let go of and this seems to be a very effective method.”

There was one veteran who initially didn’t even want to be there because, like so many others, he didn’t want to talk about things. After working with a horse, he reported: “Whatever emotions I had, whatever I was feeling, at that time inside the ring, I was able to leave it there. I passed through the gate and I felt that I didn’t have to carry it anymore.” Another veteran who had a traumatic experience during her service in the army became emotional when describing her interaction with a horse: “He trusted me. He needed me. He didn’t know me. There is some good left in here. There really is some good left in here.”

Have a look at the video posted below and let us know what you think about this amazing program. We’d love to hear from you in the comments section below the video and don’t forget to like and share! 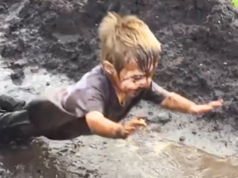 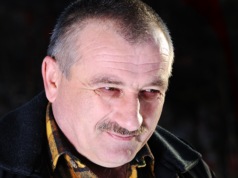 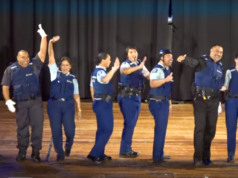