The First World War famously ended at 11:11 in the morning on November 11, 1918. In the United States, the day came to be commemorated as Armistice Day and later on, as Veterans Day. It’s a day for remembering the sacrifices made by soldiers and sailors and expressing our gratitude.

Another way to honor veterans is by building monuments. Coming up with a unique and poignant monument isn’t always easy: you need a great sculptor or a great idea. In Anthem, Arizona, just outside Phoenix, what they had was a great idea.

Officially dedicated on November 11, 2011, the Anthem Veterans Memorial honors all five branches of the United States armed forces: Army, Navy, Marine Corps, Air Force, and Coast Guard. Each service has a stone slab and the slabs are lined up, one behind the other, a way of symbolizing the steadfast unity of the nation’s defenders. The bricks surrounding the slabs are inscribed with the names of individual veterans. Together, the red bricks, white stone slabs, and the blue Arizona sky echo the red, white, and blue of the flag. The curious thing is that the memorial is incomplete 364 days a year. 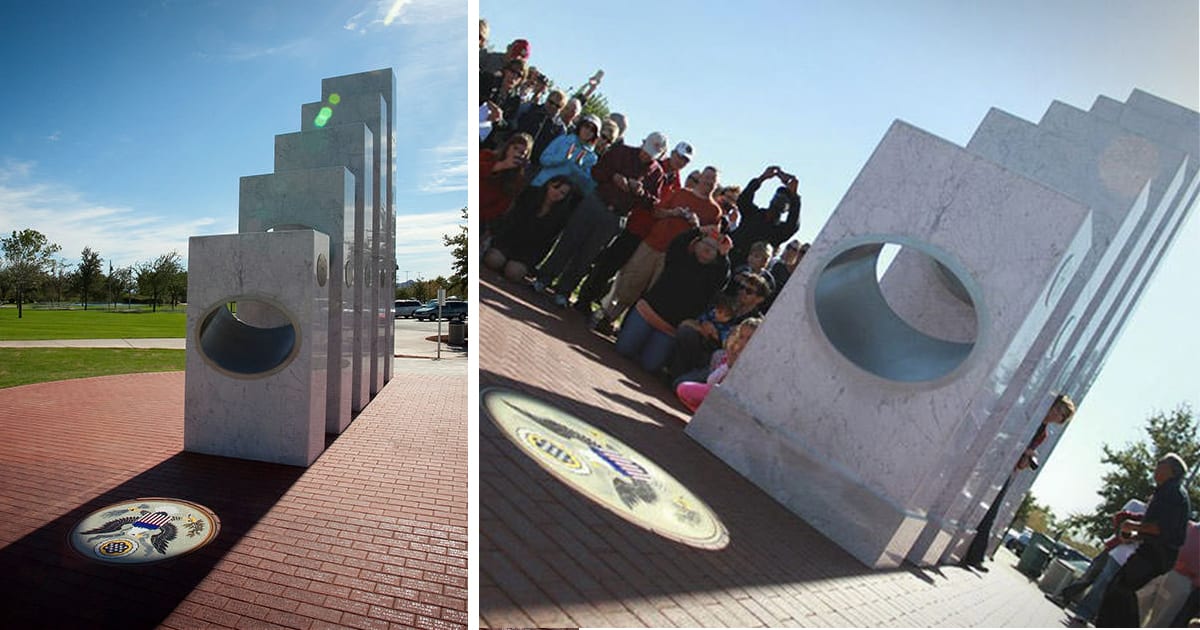 Each stone slab has an oval opening, and the five openings are angled and in alignment with each other. Every year, at 11:11 am on November 11th the sun is in exactly the right place in the sky to send its rays directly through the the openings. There’s a Great Seal of the United States embedded in the ground nearby; normally in the slabs’ shadow, it gets spotlighted each year when the historic date and time arrive. The visual effect is incredible! As the monument’s chief engineer Jim Martin explains, “The angles for the structure were adjusted to provide time/error fluctuation of plus or minus 12 time seconds. We also checked the variance 500 years out, and if the structure is still standing, it will work.”