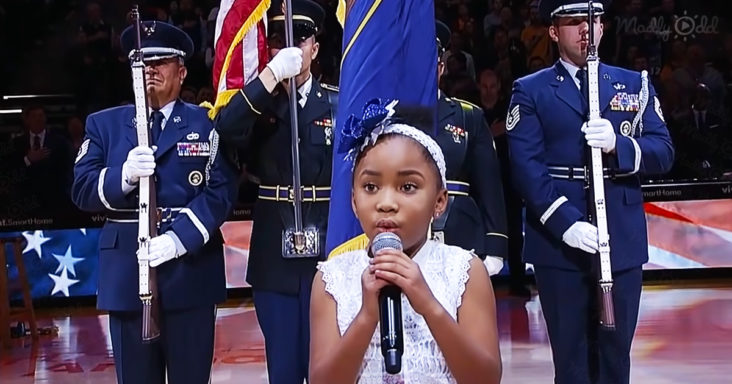 “The Star-Spangled Banner” is also known as the National Anthem of the United States of America. It is originally a poem written by Francis Scott Key that was officially recognized by the US Navy in 1889.

The six-year-old Victory can be seen here singing the National Anthem “The Star-Spangled Banner” on Martin Luther King Jr. day at the NBA basketball Playoff between Utah Jazz and Houston Rockets.

The playoff between the Utah Jazz and Houston Rockets series kicked off in Salt Lake City, Utah, at the Vivint Smart Home Arena, after she sang the national anthem in front of the crowd. 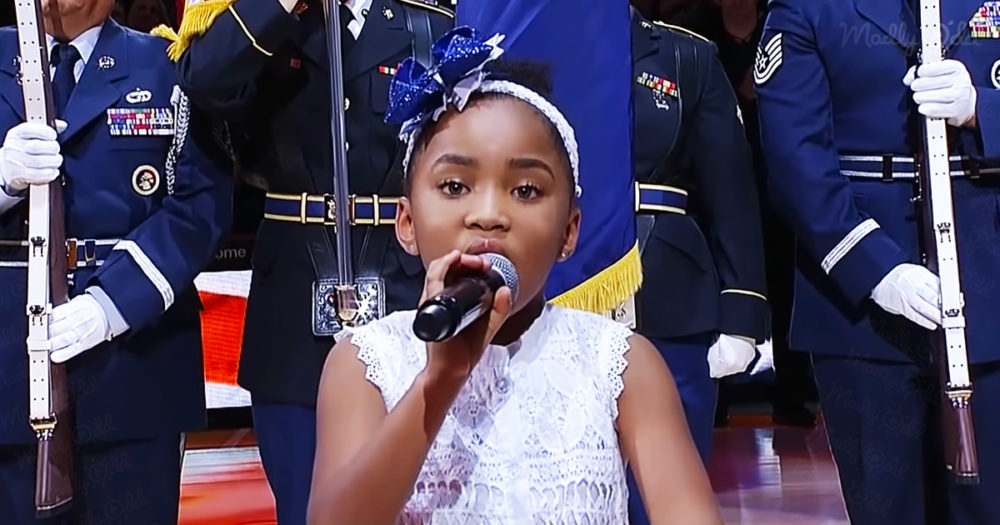 You can see the Utah National Guard holding the flag while she sings the National anthem. She seemed to be a bit nervous while she sang the beginning of the anthem, as there were so many people around.

However, this young girl overcomes her nervousness and sings the anthem with full enthusiasm later on. Everyone is silently listening to her singing with their hands on the chest, out of respect for their country.

While she comes to the end of the song, she can be seen waving her hands to all her well-wishers and fans and can be seen smiling at everyone who is present in the arena.

She is not just a talented opera singer but also a very down-to-earth and brave young girl. As it is no easy task for a 6-year-old child to sing in front of so many people.