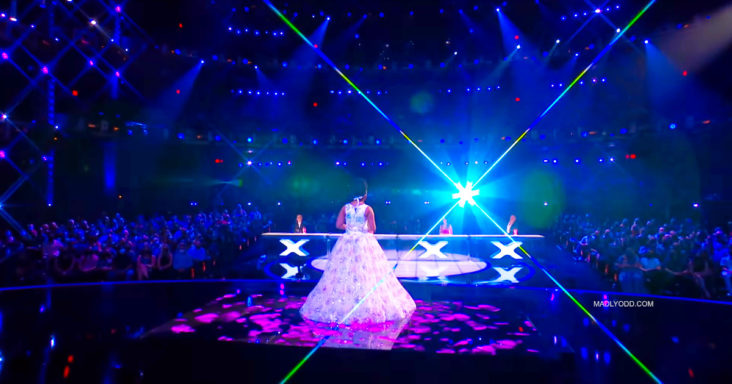 This is a soprano aria from the opera Gianni Schicchi (1918) by Giacomo Puccini. In the opera, the song is sung by Lauretta after a disagreement with her father about a boy that she loves, Rinuccio. Her father threatens to separate her from the Rinuccio because he does not approve of the boy’s family.

Heady stuff, indeed. Not something a typical nine years old would be singing, but here we are. Victory Brinker simply astounds.

Victory has soared through Season 16 of America’s Got Talent ever since stepped on stage. After her initial audition, the young lady made history. For the first time on the show, the judges and host gave a contestant collective Golden Buzzer.

Now Victory is back again for America’s Got Talent Finals, where one contestant will be soon be selected “Season 16 Winner” and take home $1 million dollars — plus a chance to perform in Vegas at the fabulous Luxor hotel.

Watch Victory’s performance of “O Mio Babbino Caro” and you’ll be impressed by this tiny songstress. To Victory!

If you liked Victory Brinker, meet another child prodigy singer:

A young contestant, Amira Willighagen stunned “Holland’s Got Talent” judges in 2013 with her rendition of “O Mio Babbino Caro” and eventually winning at the age of nine. Watch the judge’s reactions: