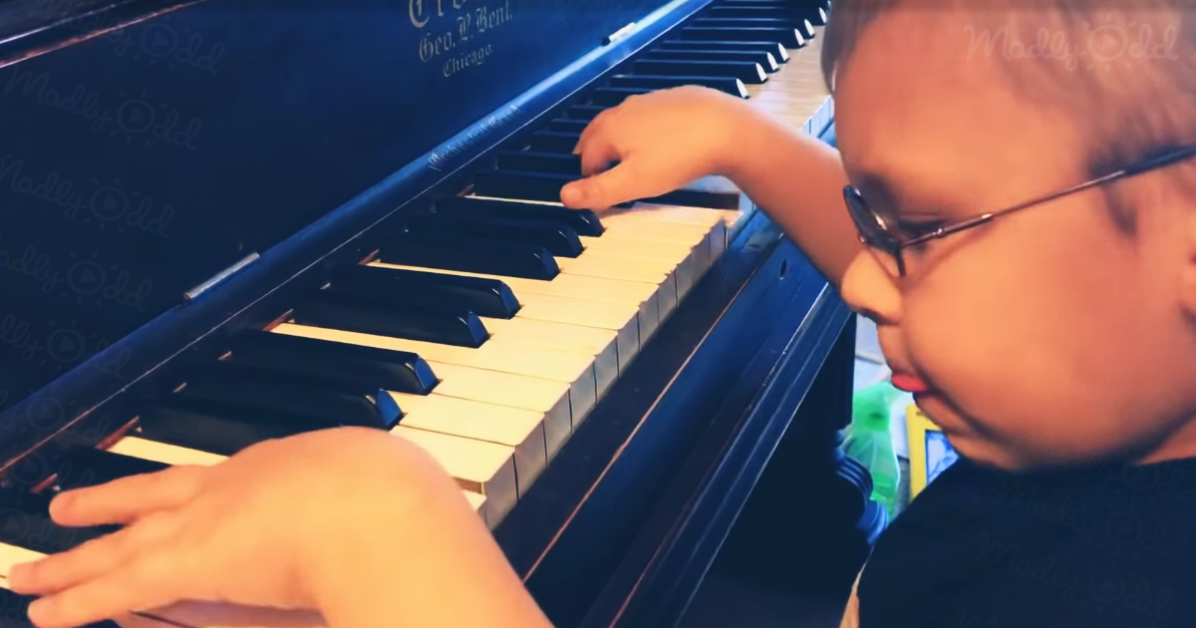 A six-year-old Ohio boy taught himself how to play piano by ear and now plays outstanding covers of classic songs – and he’s blind.

Children usually begin learning how to play the piano or other instruments when they are around five or six.  They usually can pick out a few notes and play a simple song or two, but six-year-old Avett Ray Maness isn’t your average child.

Young Avett taught himself to play piano by ear.  That in itself is impressive enough, but the fact that he’s blind makes it even more remarkable.  It turns out that the six-year-old from Dayton, Ohio is a piano prodigy. 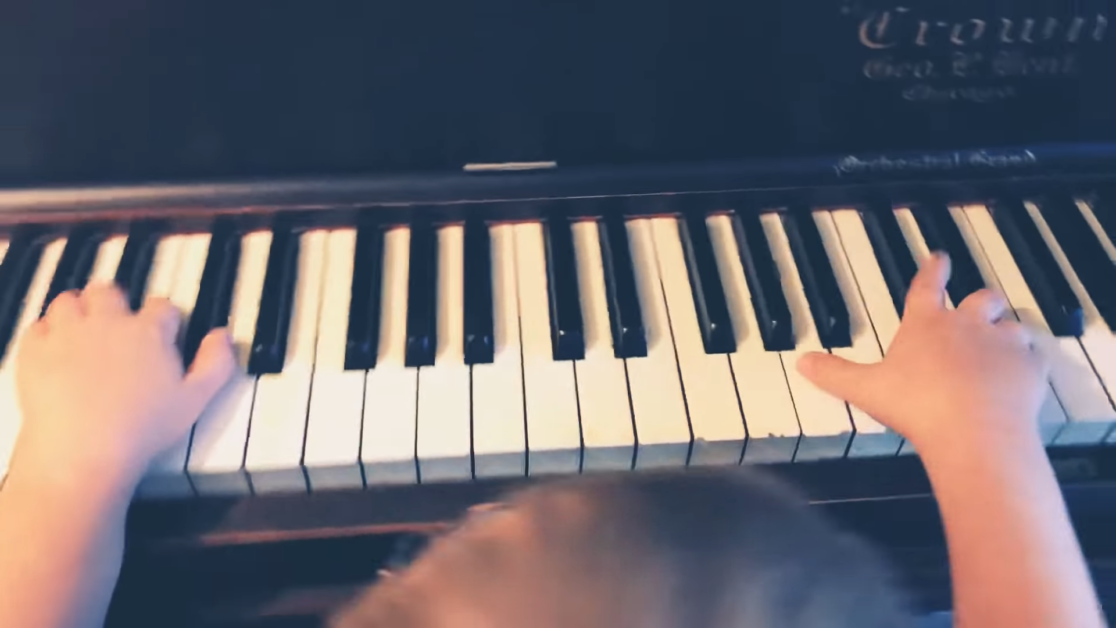 When he was born, doctors found that Avett had a retinal problem called optic nerve fibroplasia.  This caused him to lose the vision in one eye completely and nearly all of it in his other eye.  Avett is virtually blind and must walk with a cane and has learned to read Braille.

Despite his visual impairments, Avett was playing his first song on the piano at just eleven months old.  As soon as he could pull himself up to the piano, he started playing.  He was able to pick out simple songs like “Twinkle, Twinkle, Little Star” all on his own by then.

In Avett’s first viral video, he was asking his mom to send his songs to his favorite singer, superstar Adele.  He was so cute insisting that his mom text Adele for him that the clip quickly went viral.  A local news station heard about the child prodigy and quickly covered his story.

In an interview with CBS News, Avett’s mom, Sara Moore said, “Music is in his body.  He’s really practicing on performing now. Since his talent is so amazing, people are asking him to perform.”

Avett has already performed for the faculty and staff of the Centerville, Ohio schools.  At this event, he performed to over nine hundred people!  He’s also scheduled to perform in April at the Ronald McDonald House Fundraiser.

In Avett’s latest viral video, the amazingly talented child plays and sings his own cover of the famous “Bohemian Rhapsody.”  On the piano bench, little Avett is barely tall enough to get his arms up onto the keyboard.  The little boy with glasses briefly introduces his song and starts playing.  It’s just amazing to watch him confidently play something he can’t even see.

Avett doesn’t let anything keep him from doing what he loves – playing the piano.  He doesn’t seem to know he has a disability and hopefully that never changes.