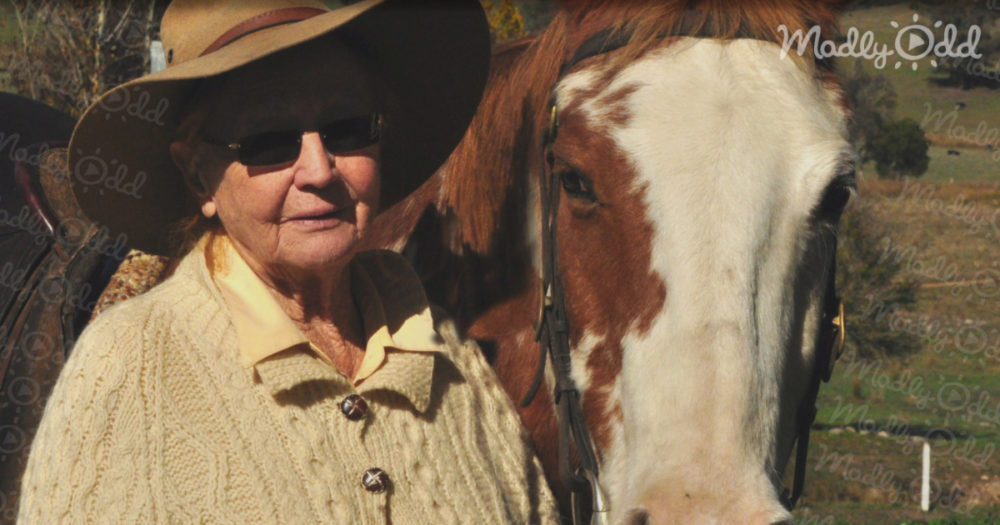 Riding High In The Saddle At 83

This episode, the cameras went to Corryong, a small town in north-eastern Victoria.  Corryong is situated in the foothills of the Snowy Mountains where the movie The Man from Snowy River was filmed.  Here, eighty-three-year-old Joan Sinclair lives on an enormous cattle farm in the area and is an avid horse lover.  She’s known as one of the most experienced horse and cattlewomen in the High Country. 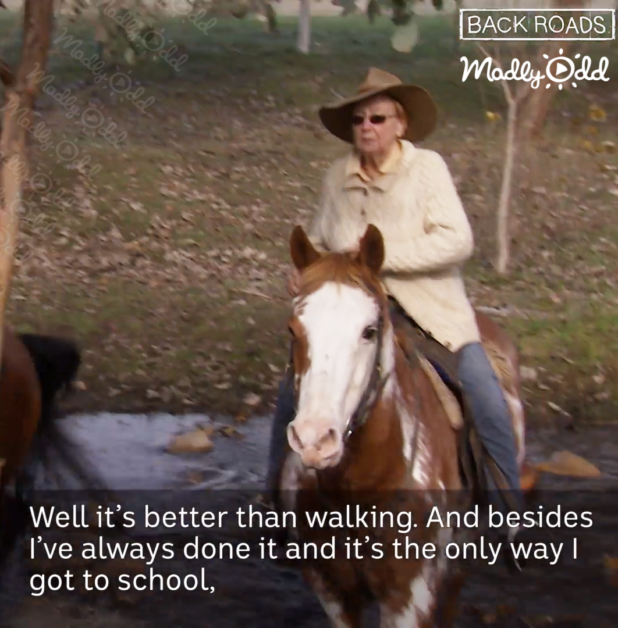 She’s lived on the same property since she was only six weeks old.  She’s spent her entire life out in the beautiful countryside of north-eastern Victoria.  Joan has married twice, but unfortunately, she has outlived both of them.

Her father ran the farm when she was a girl, and she would often sneak off and join him when he headed up in the bush with the cattle.  She quickly grew to love going up there.  She told the show’s host, “It’s a different world when you get up the bush.”

At her age, the cowgirl has decided not to look for her next husband.  She’ll just stick with horses for company.  “They’re a lot less trouble than men,” she jokingly says.

She may not think she’s anything special, but her friends and family definitely think she is.  This spunky horsewoman is still riding horses and herding cattle after eighty years.  If only we all can age so well.

Joan doesn’t have a Facebook account so we told her about all your positive comments. She said, “It’s nice to have someone say something nice about you when you’re not dead.” What a firecracker!