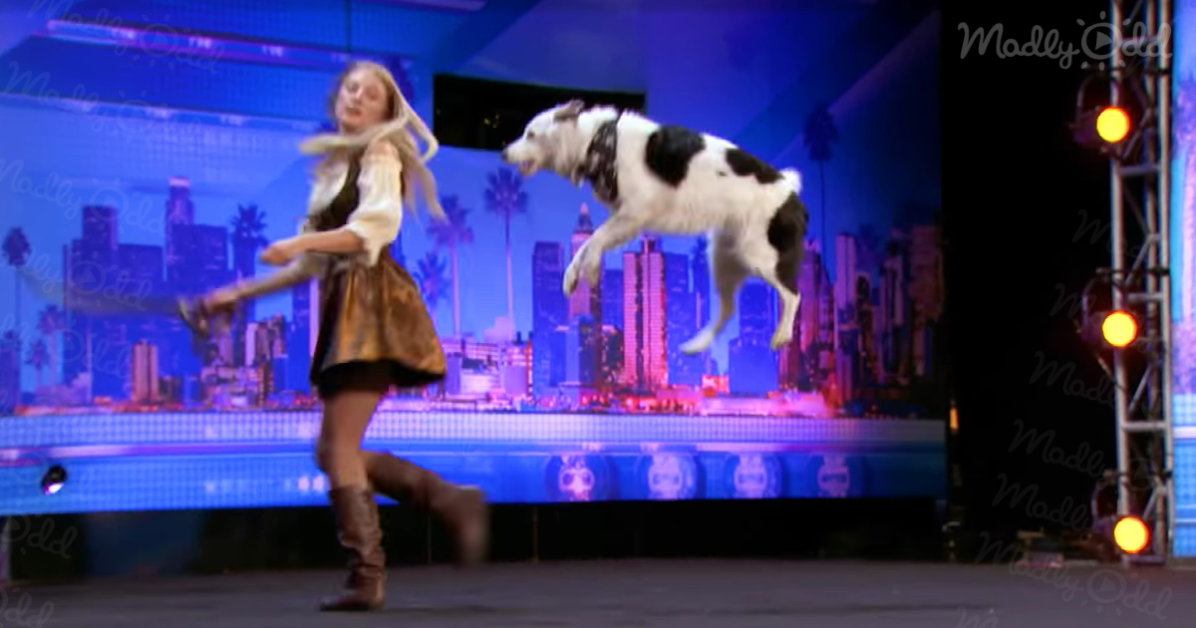 Meet Sara and her dog, Hero.

America’s Got Talent has had such a huge variety of acts come onto its stage in the past thirteen years – anything from vocalists, aerial performers, and routines with trained animals.   Because of the volume of contestants the show sees, only a very small percentage of these acts are truly good enough to compete on the show.

So, when a young woman and her dog came onto the show to perform some tricks, no one really expected much.  Sara Carson and her beautiful black and white Collie, Hero, were from North Bay, Ontario, Canada. 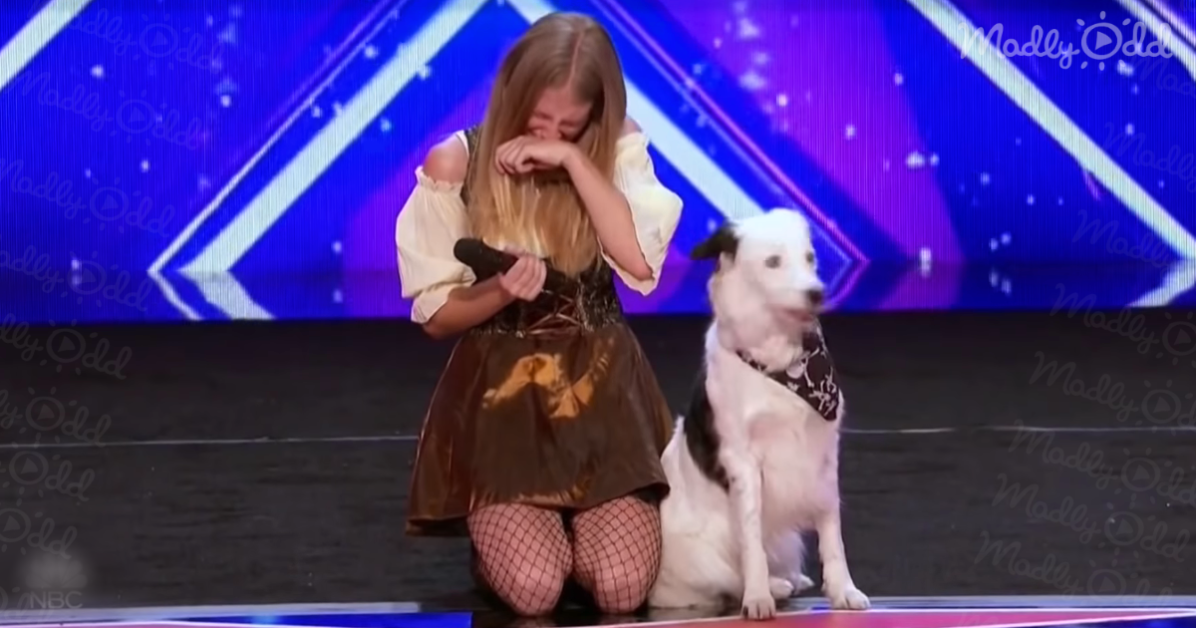 Both Hero and Sara were dressed in pirate costumes for their pirate-themed routine.  Sara got the very excited Hero in place and started the performance.  Hero barked excitedly as he jumped, leaped, rolled, and performed some incredible stunts.  The crowd loved it.

Judges Simon Cowell and Heidi Klum really seemed to love the routine, too, especially when Hero took Sara’s plastic sword in his mouth, stood up on his back legs, and walked around with it.  Huge smiles lit up the judges faces as Hero and Sara continued their antics.

When Sara and Hero finished, Simon even stood to his feet with the audience and cheered for the lovable duo.  Howie, however, was far from impressed; he barely even cracked a smiled the entire routine.  He told Sara that he didn’t see anything special enough to be on AGT and Mel B agreed with him.

Despite heavy debate between the four judges, Mel B and Howie said “no” to the duo, and Sara couldn’t help but break down into tears.  Simon left his chair and quickly went up to Sara on stage to comfort her.  For the first time ever, Simon stood on stage and begged the two judges to change their mind.  Hero anxiously peeked out between their legs.

Simon spoke to Howie, “Trust me on this. I saw something you didn’t see.”  The crowd began to chant Howie’s name, asking him to change his vote.  He couldn’t resist the pressure and caved, changing his vote to a yes.  With a “yes” from both Simon and Heidi, a very relieved Sara was going on to the next round of the competition.

This rare moment shocked a lot of viewers.  Judge Simon Cowell is notorious for being rather tough and mean on most contestants, but this softer side of Simon reminds us that he truly does have a heart!  What a sweet moment.