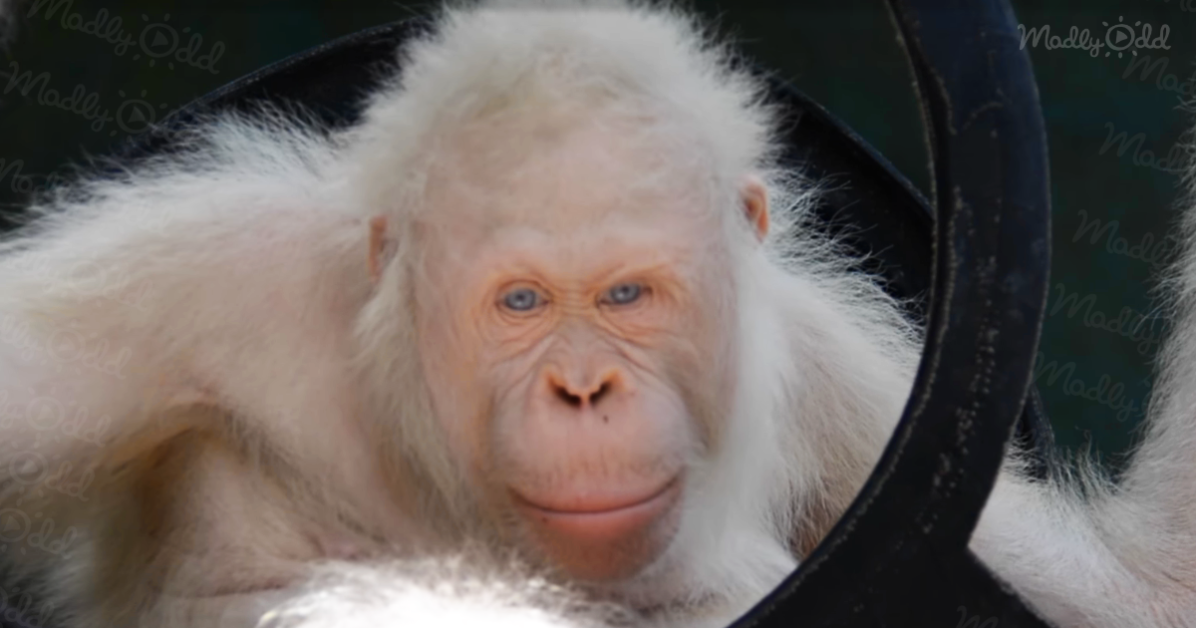 Albino Orangutan Is Finally Free to Roam Her Natural Habitat

Conservationists are celebrating after the world’s only albino orangutan was released into the jungle, after being found starving and dehydrated in an Indonesian village.

Alba is the name given to the world’s only recorded Albino Orangutan. The name is symbolic as it means “White” in Latin. This beautiful primate was being held captive in a small village until her rescue by volunteers from the Central Kalimantan Natural Resources Conservation Agency (BKSDA) and the Borneo Orangutan Survival (BOS) Foundation over two years ago.

Upon her rescue, Alba was cared for at a facility owned by BOS. The Borneo Orangutan Survival Foundation is a non-profit organization that deals exclusively with the Borneo Orangutans and making sure that they are protected from hunters or poachers.

Alba was severely malnourished and had numerous health issues when rescued, so the foundation spent their time and resources on providing everything necessary for her recovery. The best veterinarians in the country came to the aid of this beautiful spirit.

While at the BOS facility, Alba quickly began to thrive and at the same time captivated the world as her recovery was captured on YouTube by this inspiring organization. Orangutans are primates that form relationships with others, and Alba was no exception. She quickly bonded with another Orangutan named Kika.

Being the only Albino Orangutan in the world, Alba’s continuance was of the utmost importance to the team at BOS. They did not want to release her into the wild without knowing her chances for survival, so they spent many days accessing the situation and attempting to locate a proper and safe place for her emancipation. 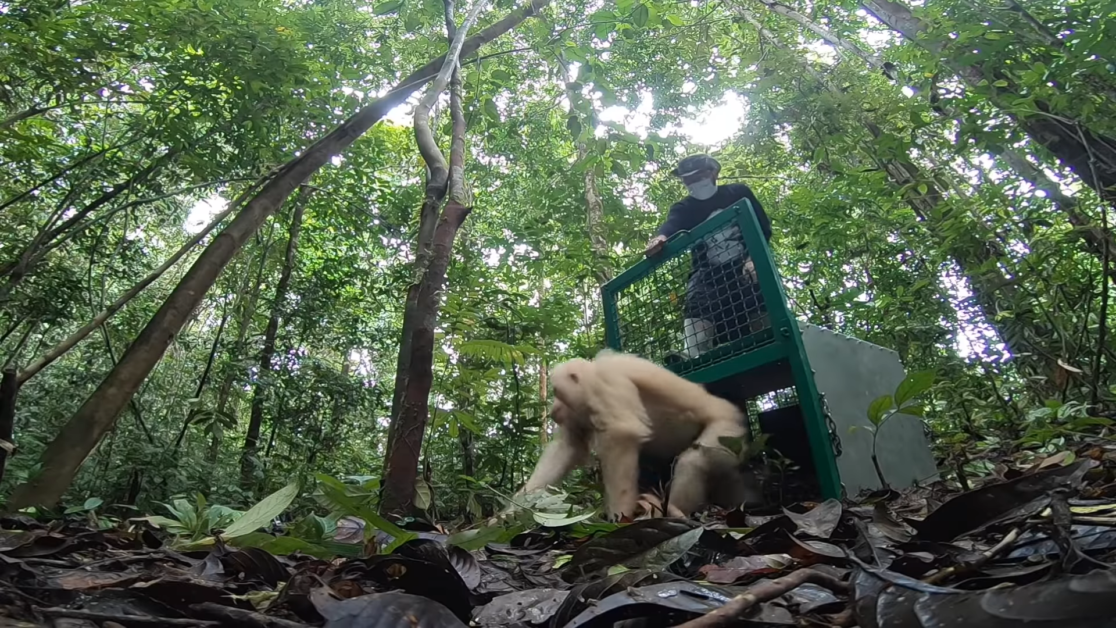 The team decided that the Bukit Buka Bukit Raya National Park was the perfect conservation area for Alba. On December 10th, the volunteers at BOS set out for an adventure that would end with the release of Alba along with her new friend, Kika.

These brave people had to endure some harsh conditions in order to locate the perfect place for this historical event, and ultimately they were successful. Kika and Alba were let out of their cages and set free.

Kika immediately took to the forest and jumped into the trees while Alba looked around a bit before joining her friend. The liberation of this timeless and cherished Orangutan took time and effort by many but was definitely worthwhile.