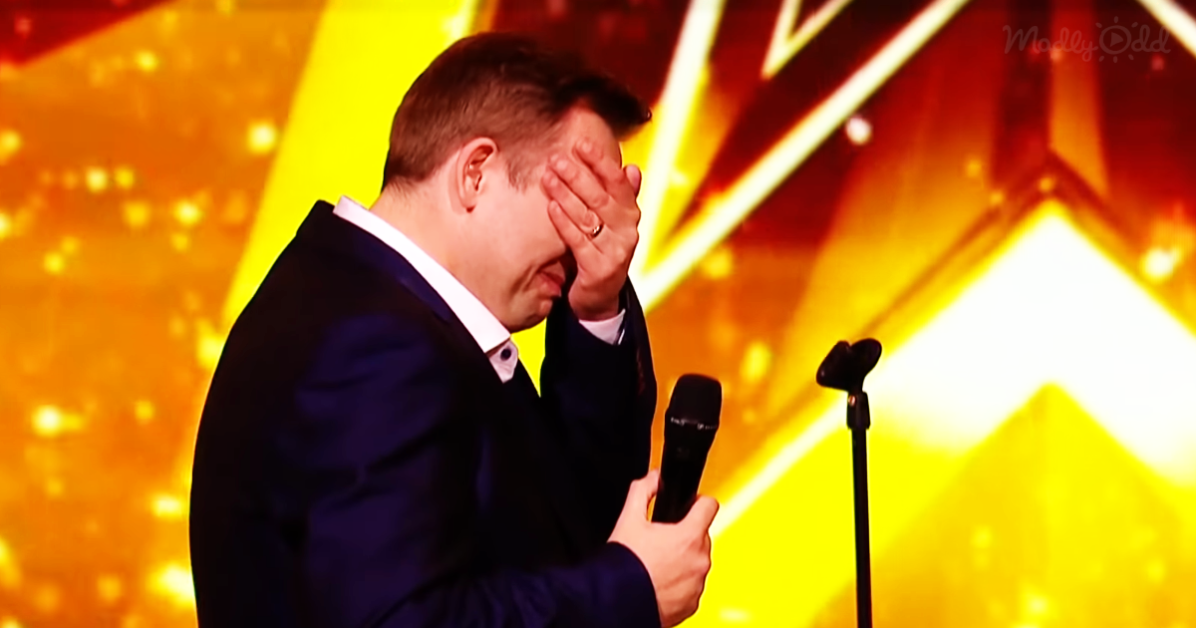 What would you do if doctors told you suddenly that you wouldn’t be able to walk again? That’s what this Ireland’s Got Talent contestant was told one day.  Just a few years earlier, thirty-eight-year-old Barry Darcy received this shocking news.

“To be honest, it’s a bit of a sad story,” he told the show’s judges, fighting back tears. “It’s quite difficult for me to talk about. I thought I’d never sing again but I’m here to try.”

Like he had done thousands of other mornings, the native from Cork, Ireland woke up and swung his feet over the side of the bed to get ready for the day.  He was completely shocked when he collapsed onto the floor beside the bed.  Somehow, he had herniated a disc in his back which had crushed the main nerve controlling his legs, paralyzing him from the waist down. 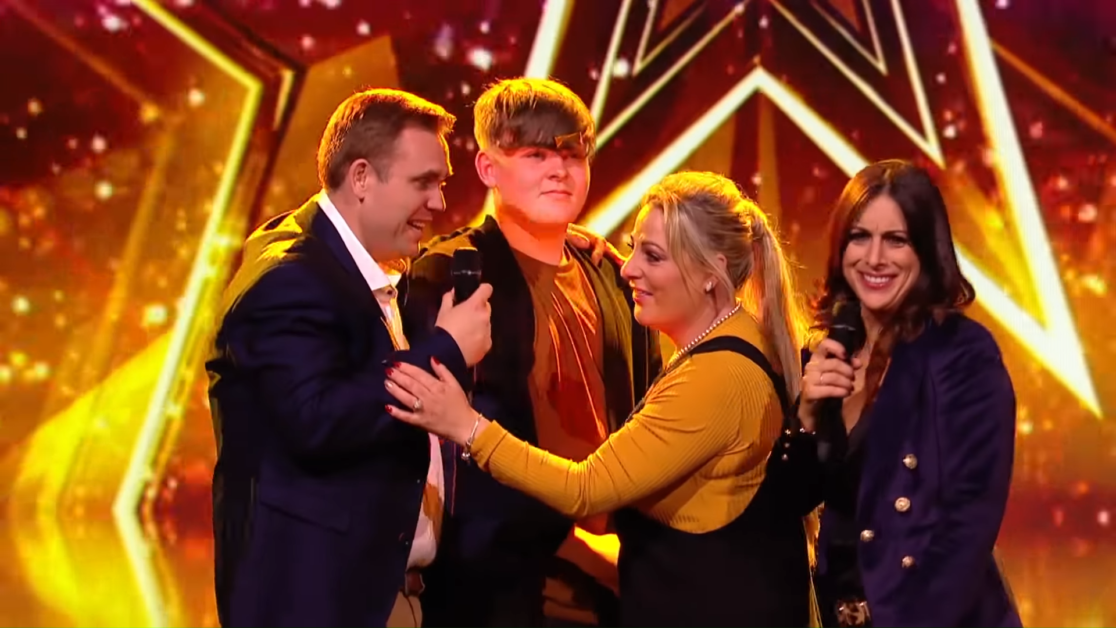 Doctors gave him just a 50% chance of ever walking again. Barry decided he wasn’t going to give up.  During the extensive recovery and therapy time, Barry’s wife and their two boys provided Barry with incredible support and encouragement, and in his words, they are now a “solid, solid unit.”

Barry explained that while most families have a deep bond naturally, they’ve developed an even deeper one just because of all the obstacles they’ve had to deal overcome.  While he sat in his wheelchair recovering, he knew that he could always rely on his family’s love, support, and understanding.  This was his inspiration for choosing the song “The Wonder of You” by Elvis Presley for his audition.

When Barry started to sing, he went from an ordinary soccer dad to an incredible performer.  His confidence and ease on stage was surprising and his tone was amazingly like Elvis Presley’s.  The judges were all smiles and were genuinely impressed with his talent.  Barry quickly had the audience and judges singing and swaying along with him as he sang.

Both the audience and all four judges gave Barry a standing ovation for his sincere, genuine rendition of the well-known Elvis classic.  Judge Louis Walsh began gushing about Barry’s level of talent and suddenly jumped out of his chair and strode over to the Golden Buzzer.  Golden confetti came raining down onto Barry as Louis slammed his hand on the buzzer.

Barry’s emotional yet flawless performance wowed everyone and made a lasting impression. His example of a positive attitude and fighting spirit remind us all how important it is to always get back up and face our challenges.

“I’m singing an Elvis Presley song, ‘The Wonder of You’, and it means a lot to me now because I sat back in that wheelchair and I looked at my family and I saw what they were doing for me and having to carry on with their own lives while dealing with what was going on with me,” he said. “The words in that song, when no one else can understand me, they did understand me and they understood very well what was going on with me.”

People Also Watched: Mother & Son Singing Duo Earn Golden Buzzer on ‘Ireland’s Got Talent’ with “You Are the Reason” 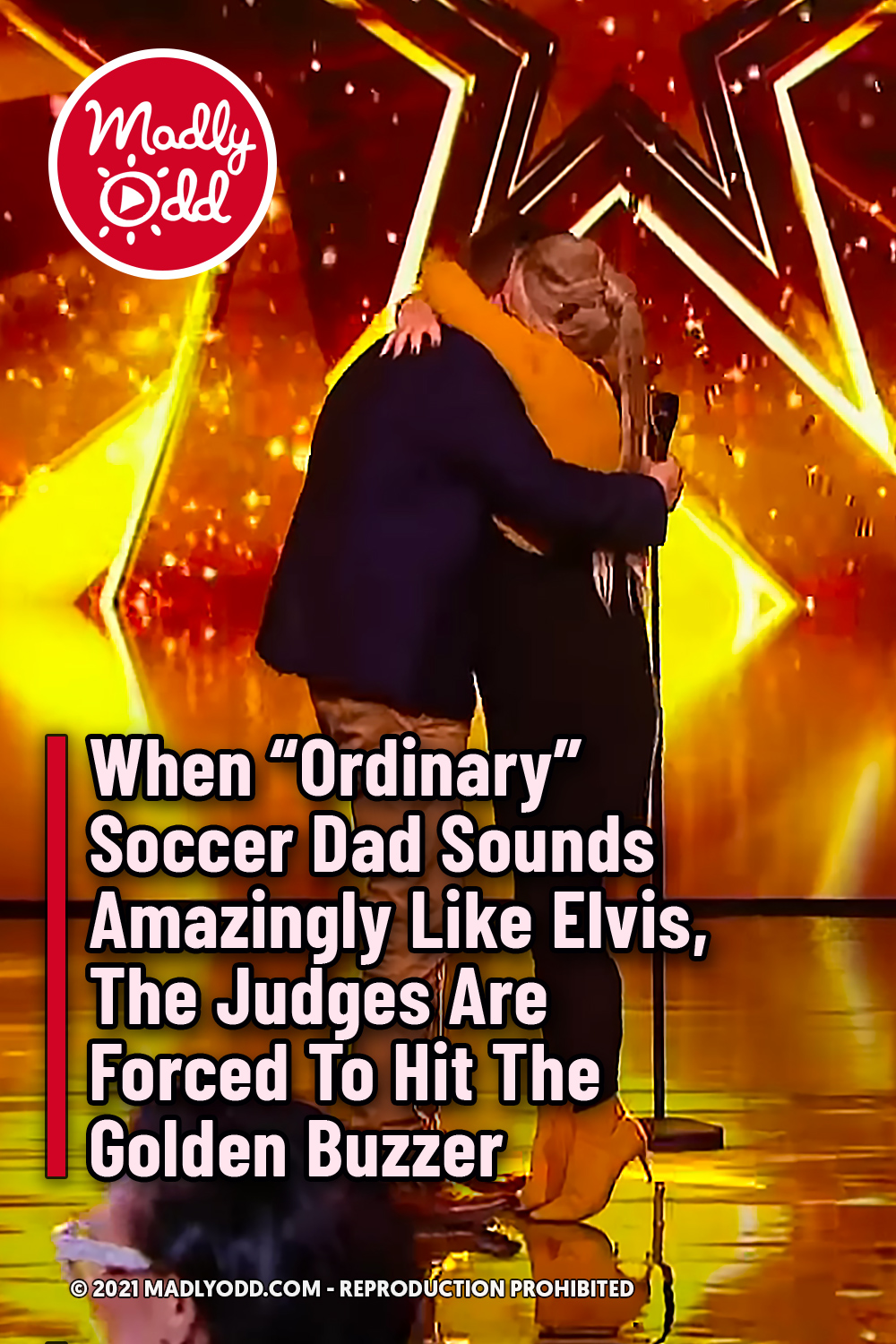