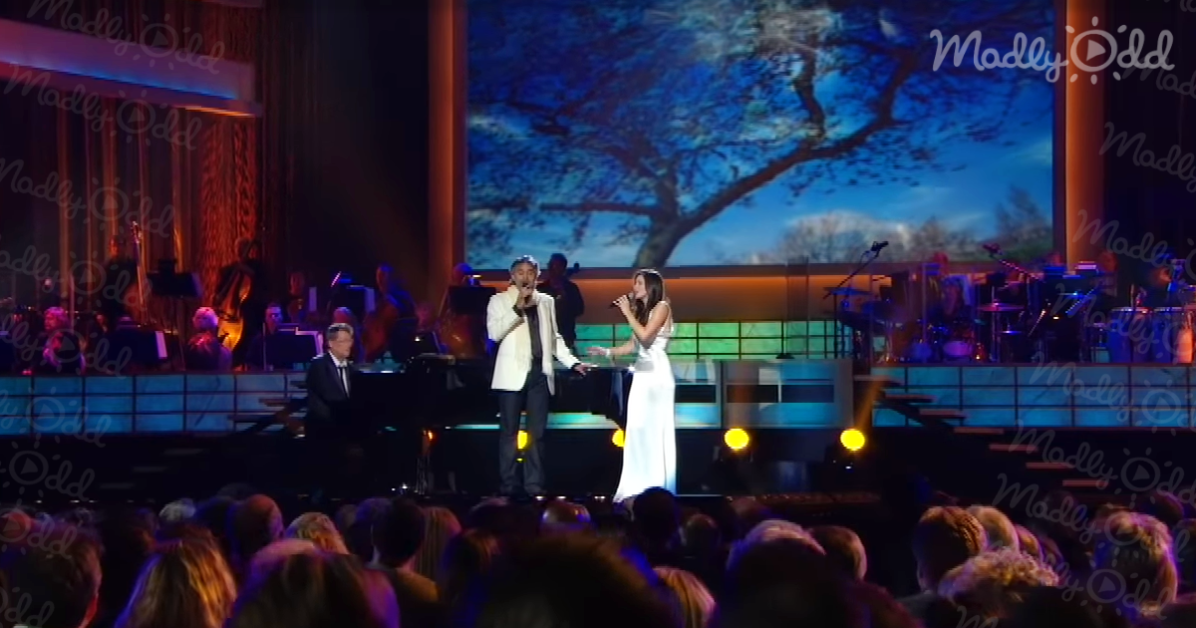 There are only a few of the many women who have sung with Andrea Bocelli that can be said were destined to sing with the great Italian maestro. Celine is one, and Katherine is definitely another. They harmonize so beautifully that their chord sounds like one person.

Originally performed by Andrea Bocelli and Celine Dion, “The Prayer” is a beautiful duet that has won over millions of folks around the world. The Italian tenor and Canadian diva’s rendition of this beloved song has been covered by artists across the globe. Though the version between Bocelli and Dion is the most well known of them all, there’s one performance of it that turned out to be quite extraordinary. 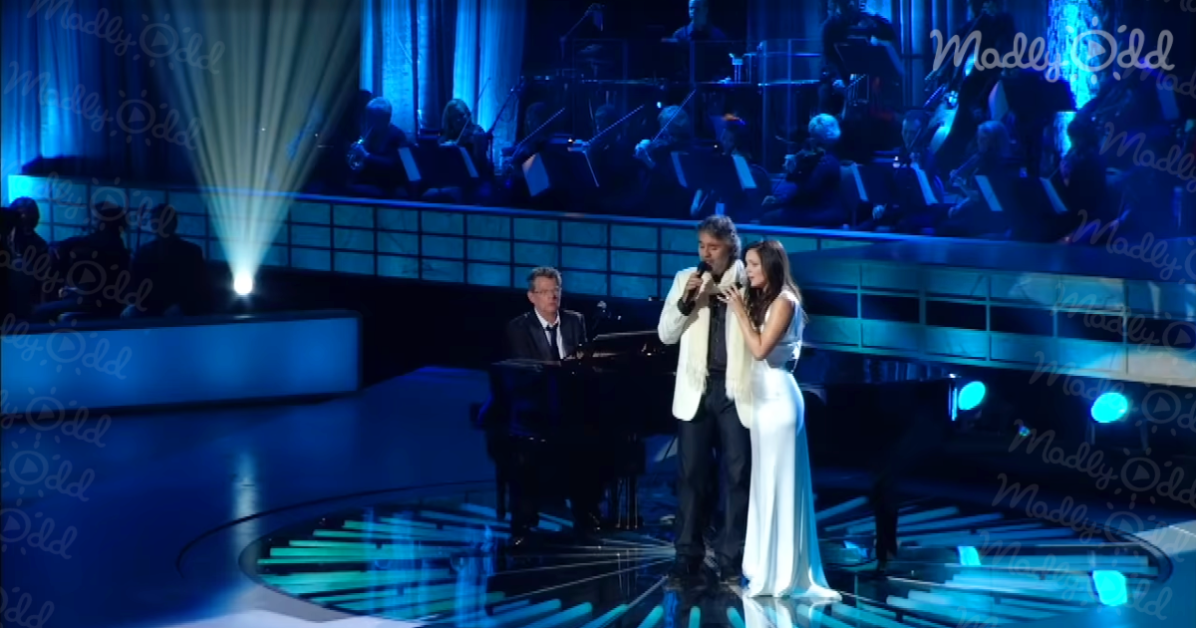 Katharine McPhee was the runner-up on the 2006 season of American Idol, and today she is a celebrated actress and vocal artist.  She performs the song with the legendary Bocelli on stage at Las Vegas’ Mandalay Bay, and she nails it.

The spectacular one-night only concert by David Foster and his famous friends finds the songwriter and hit producer gathering together the best tracks from his bottomless well of hits and inviting some talented folks to come along and help perform them. There’s no denying producer David Foster’s success when you hear songs like this. He’s certainly made a home for himself in the music industry, that’s for sure. The performance is just enchanting.

Bocelli starts off the performance alone, but Katherine joins in part of the way through and shows the audience just how well their voices go together. You have no choice but to be incredibly moved by this powerful duet. Their talents came together for one truly magical night, and this video is sure to touch your heart.

The people behind the scenes and the artists in the spotlight work together to create incredible and powerful songs that listeners will carry with them for a lifetime, and this song has even helped other artists find opportunities to become even more successful. It’s amazing what music can do to bring people together.

Like you, I’ve watched ‘The Prayer’ with many other female vocalists, but none possess the power and ethereal beauty of this duet. If you thought so too, then share it with a friend who appreciates fine music.