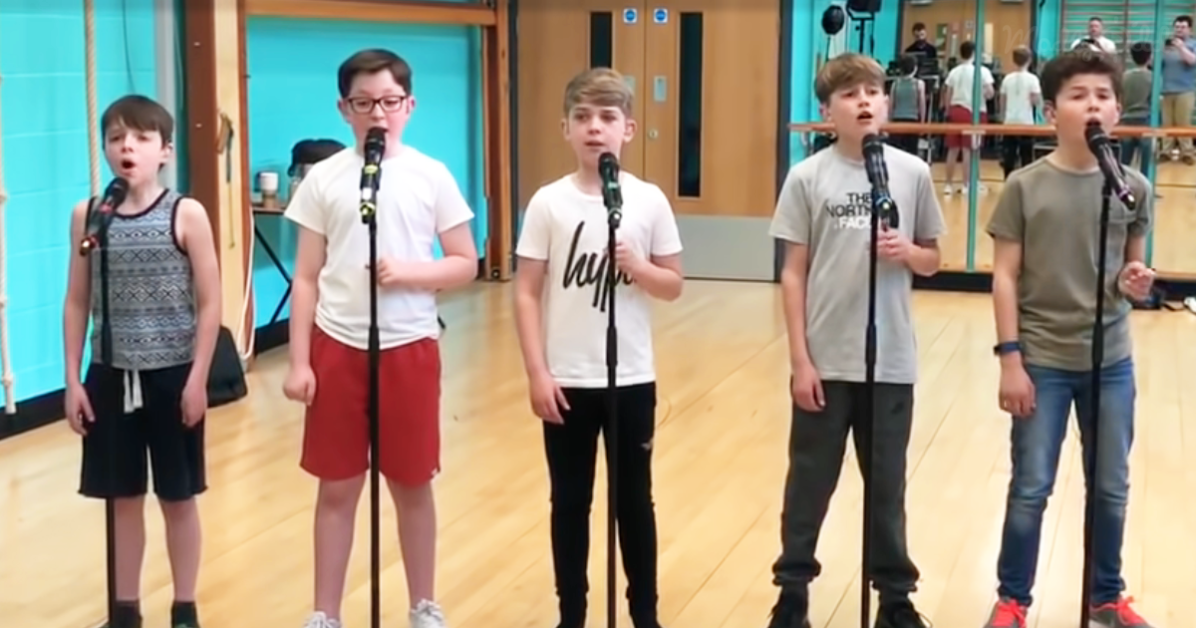 Quite a few new younger boy bands have been popping up in the last year or two.  It is always amazing how children so young can sing so beautifully as soloists, but it is another thing altogether when they are able to harmonize and blend with others at the same time.  Their talent and hard work can put many adult artists to shame.

Bring It North is a group formed of five boys from the UK.  Their music teacher got Max, Toby, Harry, Felix, and Oscar together to form the group in 2018.  The boys auditioned for Season 8 of Britain’s Got Talent and made it to the semi-finals.

The boys from Bring It North are ready for tonight's LIVE Semi-Final! Are you?! #BGT ✊✊✊ pic.twitter.com/a5gKOsm0Wx

Even though the group didn’t end up performing this song on the show, they still wanted to share it.  We’re so glad they did!  This song is “A Million Dreams” from the movie The Greatest Showman, a movie about circus owner B.T. Barnum of course.

The boys stand in a dance studio in front of mics as the music begins to start.  Oscar starts singing the song as a solo and his bright, sweet voice carries through the studio. His excitement to sing is apparent to see as he smiles excitedly at the other boys while he sings.

Max is up next for a solo opportunity, then Felix.  The confidence the boys show is very impressive.  When all five boys join together in harmony, the song begins to soar. As if that doesn’t give you goosebumps already, all five boys nail the critical key change in perfect unison.

It’s clear to see that their vocal skills and ease singing in front of people is the result of not just raw talent but also a lot of arduous work and practice.  In the mirror behind them, you can see all the proud dads recording their sons as they sing.  They know first-hand of the time and hard work that went into sounding this good.

Bring It North’s video of “A Million Dreams” has over 800,000 views now on YouTube.  It’s going to be interesting to see what they do with their careers after Britain’s Got Talent.

“This was the version we prepared for our Britain’s Got Talent Semifinal,” one the boys quipped. “We didn’t perform this version on television, but we love it…. have a listen…. we hope you like it.”

Did you like their ‘Greatest Showman’ cover? Then share it with a friend who appreciates fine music.