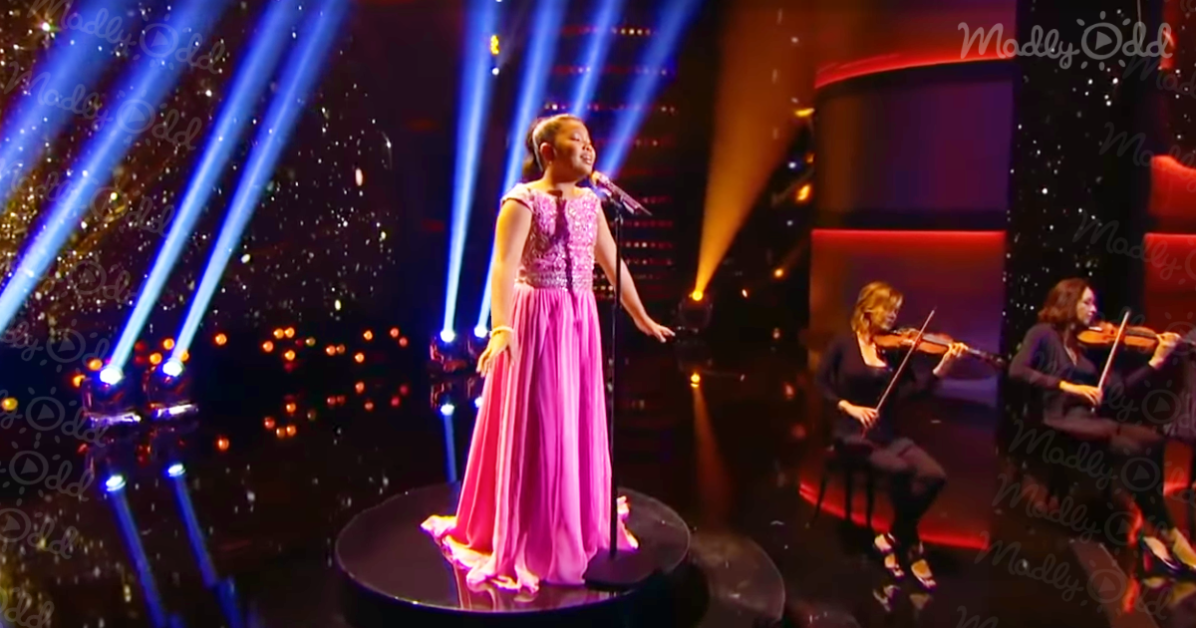 We still have goosebumps after watching Elha Nympha sing “Chandelier” for her special guest appearance on NBC’s hit show Little Big Shots, and while this kids show is known for being cute and adorable, this on another level altogether.  “Cute” isn’t the right word to describe this act; try “extraordinary” because this is prodigious talent.

Adorably dressed in a flowing pink gown accented with sparkling sequins, the 12-year-old singer blew us away with her cover the scintillating hit “Chandelier” —and it’s easy to see why her fantastic performance has quickly gone viral. 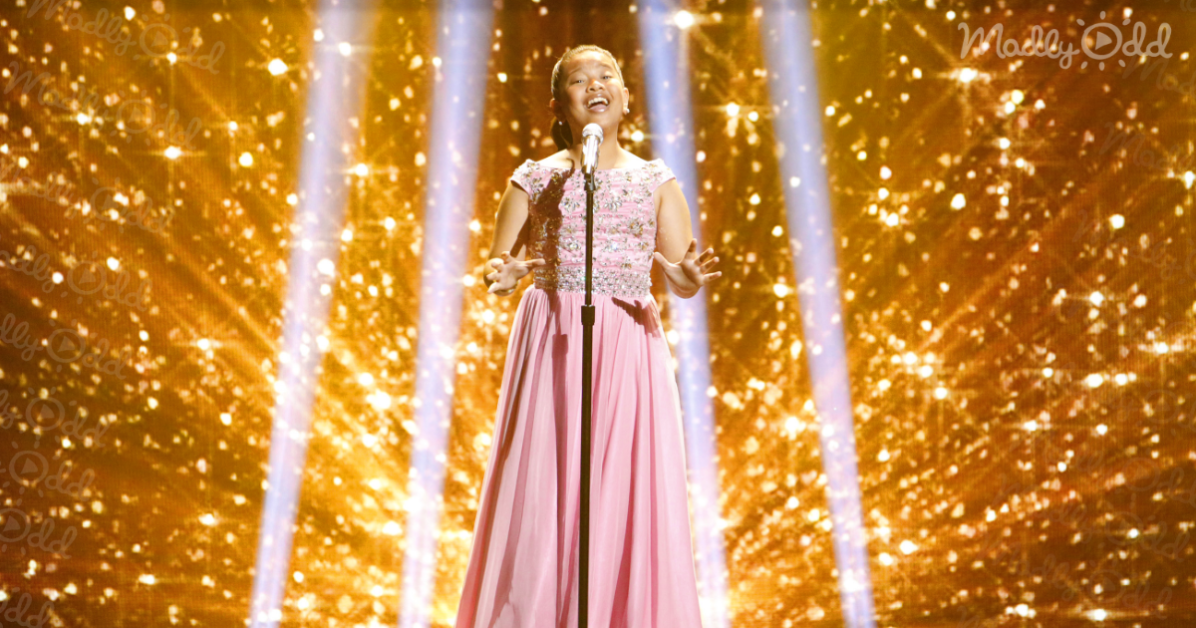 “Chandelier” is a song by Australian singer Sia from her sixth studio album, 1000 Forms of Fear (2014).  Lyrically, the song has a melancholic theme with soaring vocals and sustained riffs that make you feel like you’re floating on air. This melody, combined with Elha’s beautiful voice and gorgeous stage effects creates a dazzling production that goes far beyond anything previously seen or heard on Little Big Shots.

This isn’t the first time that little Elha has appeared on a major stage like Little Big Shots. In fact, you’ve probably seen her before. She also won the second season of The Voice Kids in the Philippines in 2015 when she was just eight years old. She is also one of the 8 contestants in Your Face Sounds Familiar – Kids (Season 1).

Two words can be used to describe Elha Nympha voice: powerful and angelic. Once you hear amazingly talented 12-year-old’s impressive vocals, we’re pretty sure you’ll be watching her performance on repeat, just like us.