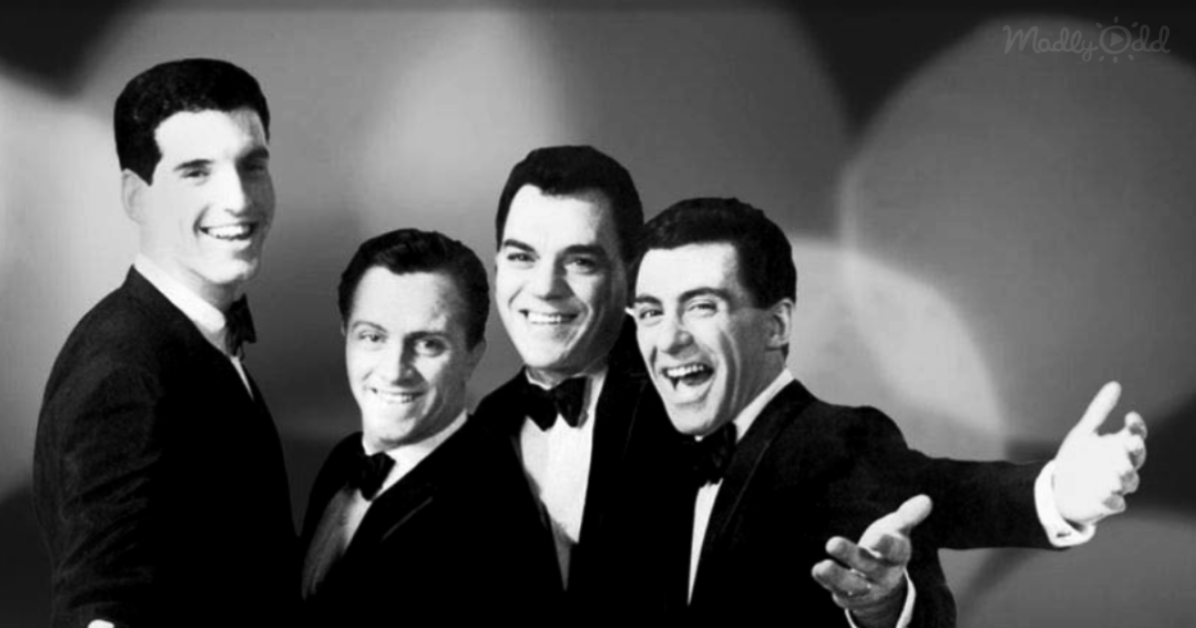 Frankie Valli and The Four Seasons

They were just four guys from Jersey until they sang their very first note. They had a sound nobody had ever heard… and the radio just couldn’t get enough of. They had hit after hit, for over a decade, and their classic harmonies paved the way for everybody from Bruce Springsteen to the Backstreet Boys.

In the early ’60s, The Four Seasons was everyone’s favorite group. An original, truly “greaser” choir, led by Franki with an unforgettably heartbreaking, skyscraping falsetto. Their vocal blend was and still is fantastic. There’s something about Frankie Valli’s music that makes young people of every generation want to get up and dance. 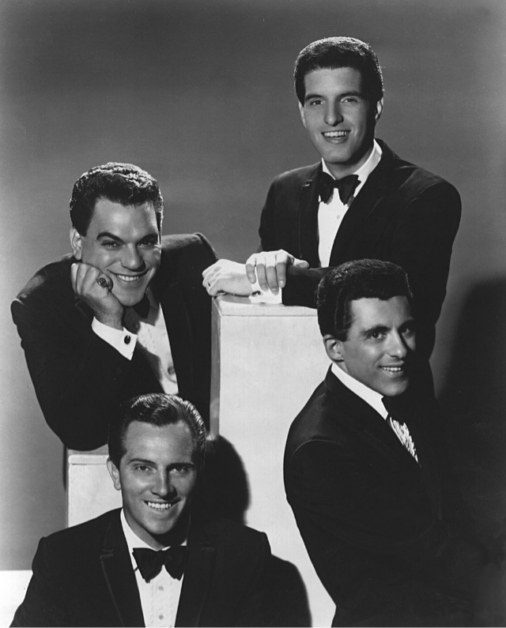 When the Four Seasons sang “Sherry” on American Bandstand, they suddenly became the hottest band in the land, and after nine years as a recording artist, Frankie Valli became an “overnight” sensation with a No. 1 record. The sound of “Sherry” was unlike anything else on the airwaves. “Many R&B groups had used falsetto as part of their background harmonies,” explained Frankie in an interview, “but we were different because we put the falsetto out front and made it the lead.”

“Sherry” was Frankie Valli’s biggest solo hit (not counting Four Seasons work) until his #1 “My Eyes Adored You” in 1975. The song was among his biggest hits, earning a gold record and reaching No. 2 on the Billboard Hot 100 for a week, stuck behind “Windy”.

“Sherry” was originally called “Terry.” The group loved it and performed it over the telephone for their producer, Bob Crewe, who liked everything about it but the name. After considering “Jackie” (after Jackie Kennedy), and “Peri” (after a record label Crewe had a stake in), the group changed the name of the song to “Sherry,” after Cheri Spector, the daughter of one of Crewe’s best friends, a DJ named Jack Spector.

Bob Crew later told Billboard magazine that he banged out “Sherry” in 15 minutes before a scheduled rehearsal. Without a tape recorder, Gaudio explained, “I drove down to rehearsal humming it, trying to keep it in my mind. I had no intention of keeping the lyrics, but to my surprise, everybody liked them, so we didn’t change anything.”

Now watch The Four Seasons & Frankie Valli perform their greatest hits,  “Sherry,” “Walk Like A Man,” “Big Girls Don’t Cry,” “Dawn,” and “Ragdoll” on the CBS show, “On Broadway Tonight” which aired on January 22, 1965. This is the best quality video of the original Four Seasons when they were playing live. That was back in the day when they played all of the instruments themselves. It’s very impressive how Valli could control his falsetto in a live performance. He sounds better than on a record!

Today, Frankie Valli is hotter than ever in the 21st century. Thanks to the volcanic success of the Tony-winning musical Jersey Boys, which chronicles the life and times of Frankie and his legendary group, such classic songs as “Big Girls Don’t Cry,” “Walk Like a Man,” “Rag Doll,” and “Can’t Take My Eyes Off You” are all the rage all over again.

The truth is, they never really went away. Sure, the majority of the 71 chart hits of Frankie Valli and the Four Seasons (including 40 in the Top 40, 19 in the Top 10 and eight No. 1’s) came during the 1960s, but the music didn’t just disappear. Frankie has toured almost continuously since 1962, and his songs have been omnipresent in such movies as The Deer Hunter, Dirty Dancing, Mrs. Doubtfire, Conspiracy Theory and The Wanderers.