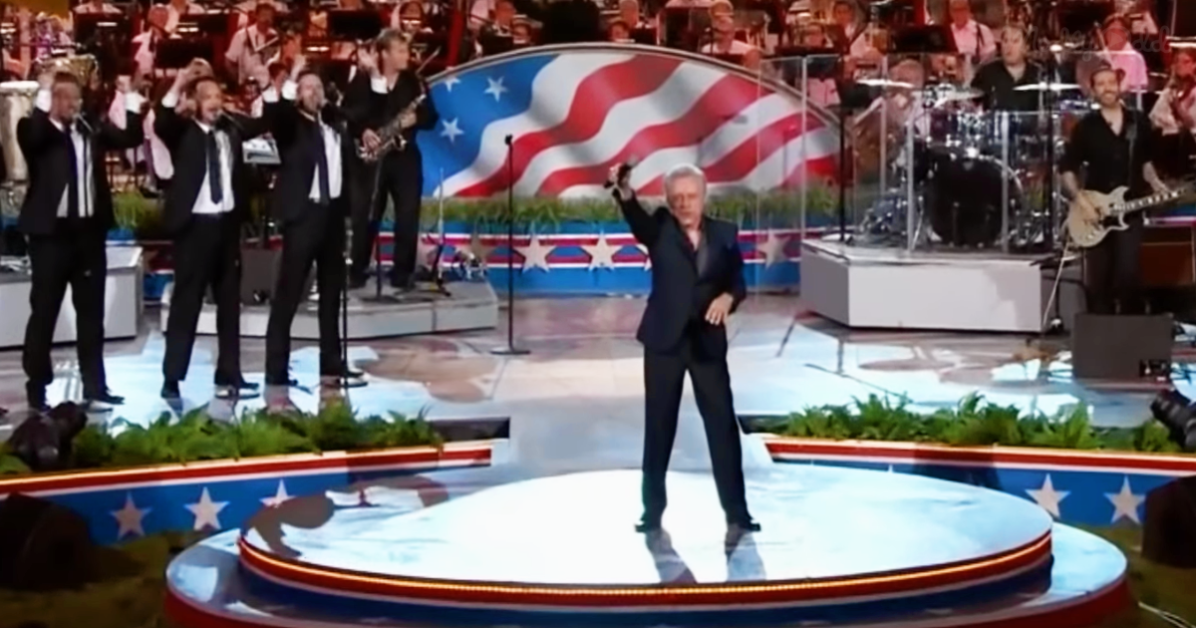 Frankie Valli — the singer who led pop music’s iconic Four Seasons — was among the performers on the annual PBS special “A Capitol Fourth” which aired from the West Lawn of the U.S. Capitol in Washington, D.C. before a concert audience of hundreds of thousands and millions more at home as well as to our troops serving around the world.

With his signature falsetto voice and countless hits, Frankie Valli is an American icon who transcends generations. Thanks to the success of the Tony-winning musical, Jersey Boys, which chronicles the life and times of Valli and his legendary group, such classic songs as “Big Girls Don’t Cry,” “Can’t Take My Eyes Off of You,” “Sherry,” and “My Eyes Adored You,” are the rage all over again.

“It’s exciting,” Valli said of the concert. “It’s a great celebration for America, and for people to stop for a moment and realize what America really is — and how important it is to everything that goes on in the world. The sound of freedom comes from America; it was the place anybody who wanted to escape oppression thought about coming to.”

Watch Frankie rockin’ the stage in his eighties with all the power and charisma of his youth. I think the biggest thrill of watching these videos is seeing the younger generations grooving to some of the best music ever made by the original artist.

If you liked Frankie’s performance, share this with some friends who appreciate great music like The Jersey Boys.