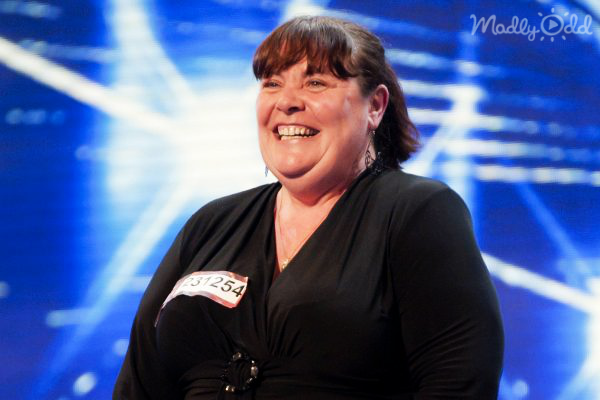 Everyone Doubts Mary’s Talent, But Simon’s Critique Puts Her Over Edge

Customers going through the checkout line at the supermarket chain Tesco were always excited to go through Mary Byrne’s line because they would get something more than great customer service.  Mary loved to sing little clips of songs to her customers as she helped them with their purchases.

Although Mary had loved singing since she was young, she stopped singing for larger groups when she was twenty-eight.  After a bad breakup, Mary fell into a deep depression and suffered from low self-esteem. 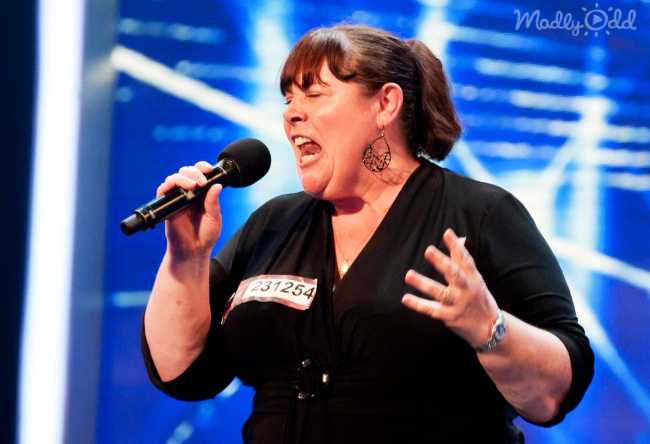 After some time, Mary’s family started encouraging her to start singing again.  They knew she had an amazing voice and wanted others to know that, too.  She finally was able to get enough courage up to audition for an Irish tv singing competition, Nollaig No. 1.  To her surprise, she won!

With a renewed love for singing and a big boost to her confidence, Mary decided to try out for something bigger – The X Factor.  When it was Mary’s turn to audition, she took the stage and briefly told the judges about herself.  None of them really seemed to take notice of the rather ordinary-looking fifty-year-old woman in front of them.

It was obvious the judges thought Mary wouldn’t be able to do her audition song justice – “I Who Have Nothing” by Tom Jones.  However, she didn’t seem phased by the lack of confidence in her, because she had enough of her own.  As she started singing, you could see the audience and judges start to become interested and take notice.  The song began to build, and as Mary hit the big notes of the song, the crowd started cheering for her.

She firmly stood her ground on stage and nailed every single note without any hesitation whatsoever.  This was the chance of a lifetime, and it was clear that Mary was going to bravely take on the challenge and make the most of it.  Before she even finished, the crowd stood to their feet cheering and applauding.

Judges Louis Walsh, Cheryl Cole, and Katy Perry all gave Mary glowing reviews of her performance, but when it came time for Simon to give his opinion, she took a deep breath to steady herself.  He is well known for being very blunt and straight-to-the-point.

With a very serious face, Simon gave a few initial words and then told Mary, “I think you have the best voice out of everyone who’s auditioned today…and more than that…I really like you.”

With a powerful voice like this, Mary can definitely quit the grocery store and pursue music.  She’ll never have to doubt herself again.