Professional U.S. ice skating prodigy, Nathan Chen, may only be nineteen, but he astounds audiences and judges every time he performs. When he was only three, this Salt Lake City, Utah, native put on his first pair of ice skates and has been making records ever since.

Just a year later, Nathan entered his first competition. By the age of ten, he became the youngest novice ice skating champion in the history of U.S. figure skating. 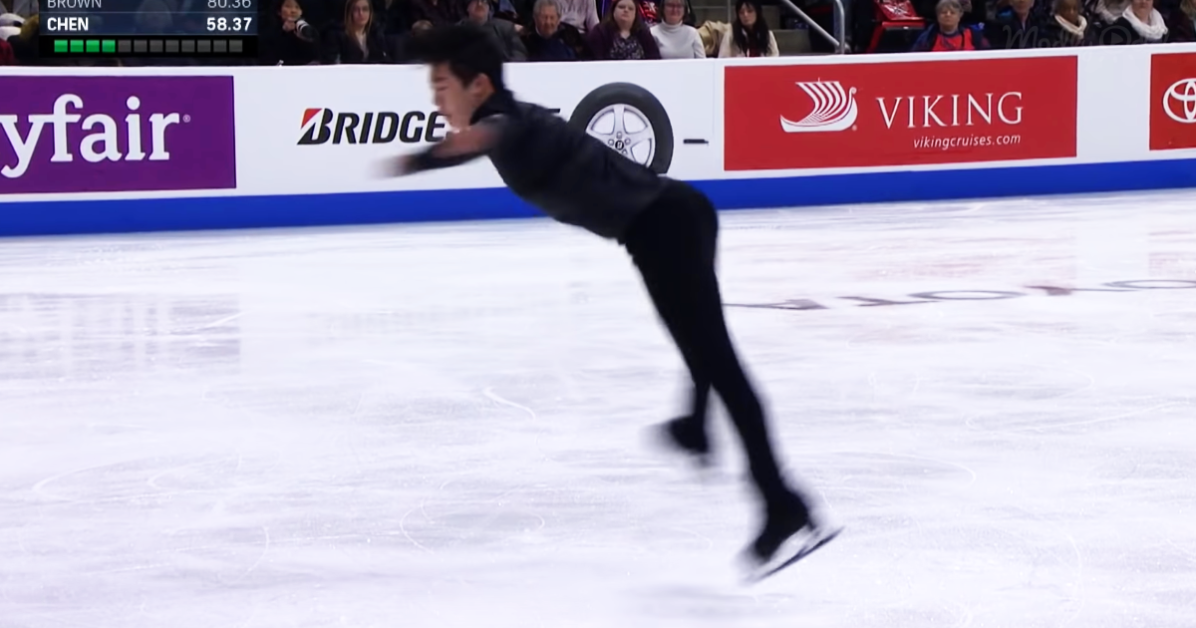 Nathan’s accomplishments go on and on. He won bronze in the 2018 Winter Olympics, is a two-time Grand Prix Final champion, and is the current reigning men’s figure skating champion in the U.S. for the past three years. He also trained in ballet and competed in gymnastics at the state and regional levels for seven years. This athlete can do it all, it seems.

At the 2019 U.S. Figure Skating Championship in Detroit, Michigan, Nathan once again wowed the crowd and judges with his graceful, gravity-defying free-skate routine. Chen is the first and only skater currently competing with five quadruple jumps: toe loop, salchow, loop, flip and lutz.

As “Land of All” by Woodkid begins to play, Nathan strikes a strong, confident pose in the center of the arena. He glides off and starts strong with a perfect quadruple lutz. Floating effortlessly over the ice, he lands three more flawless quad jumps.

The commentators note how fast Nathan goes, while still making every move seem easy. His performance is not just a series or tricks; it is one constant, flowing movement. His level of control and core strength is incredible.

By the end of the dance, Nathan had filled his performance with so many incredible moves that he finished with a score of 228.80. One of the judges described his routine as “near perfection.”

Nathan’s overall score came to 342.22, beating the closest competitor by 58 points. Watch this video and see why this impressive performance won him his third consecutive U.S. title.