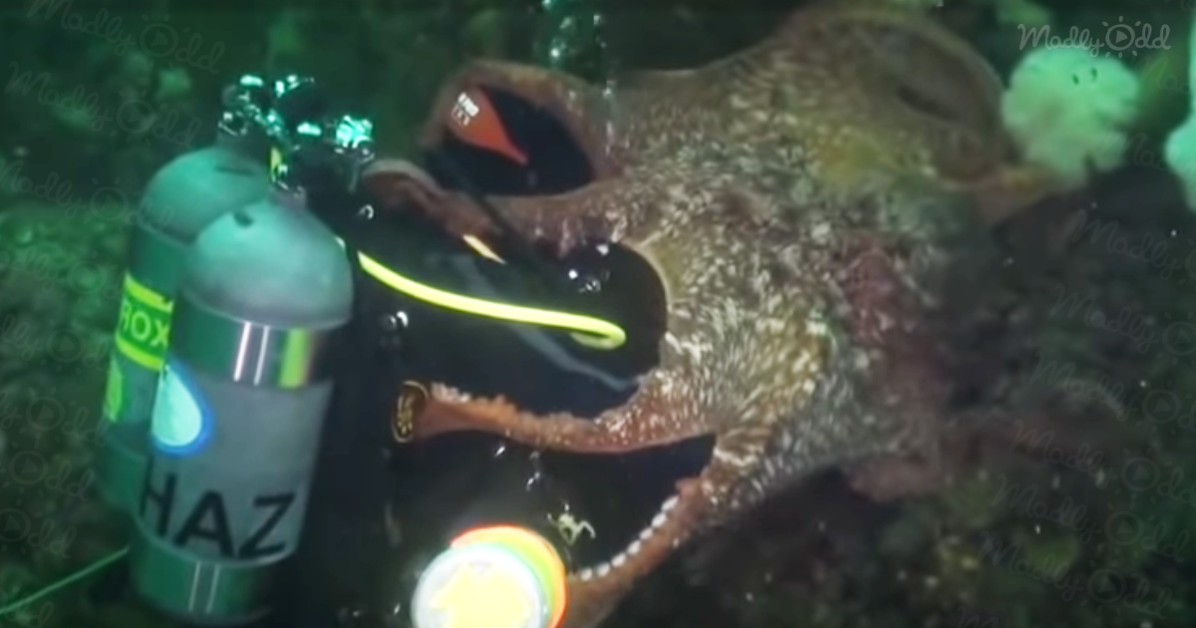 This incredible footage was recorded by Dennis Chow at Dillon Rock on Vancouver Island, British Columbia. While exploring a wall during this particular dive, Dennis, Shaz and Wes noticed a Giant Pacific Octopus hiding among the rocks and plant life of the wall. 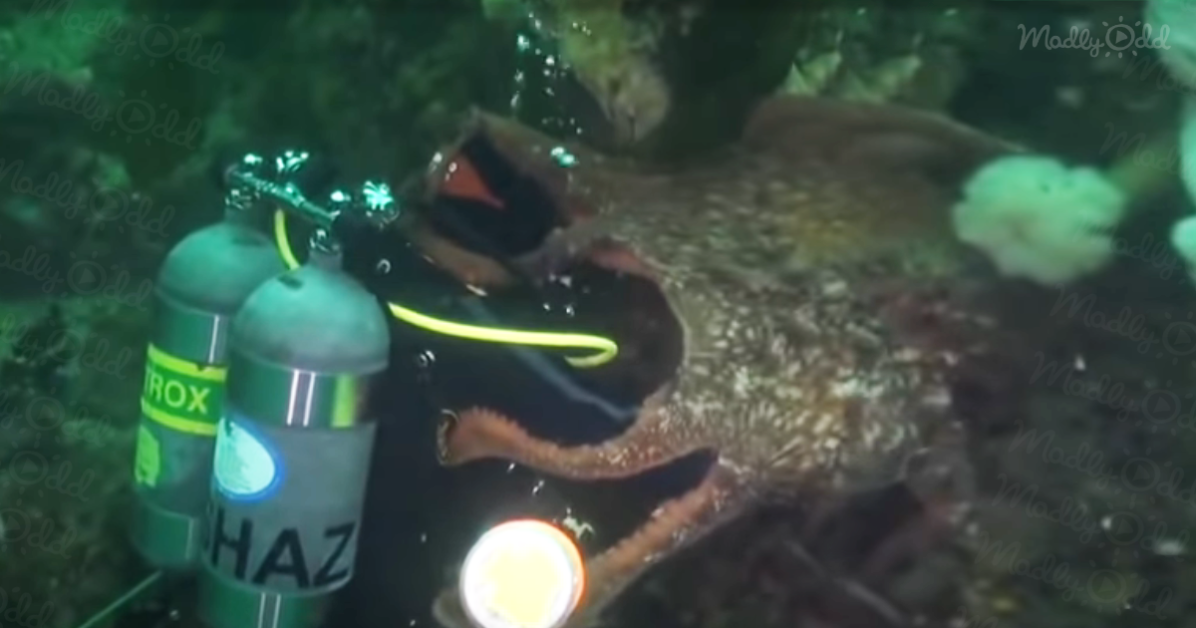 These divers are extremely experienced scuba instructors and dive shop owners. At no time was this animal at harm, nor was it not at the top of their list of priorities of maintaining its safety and well being.

Once Shaz began coaxing this creature out for a better look at his impressive size, you notice he too starts to &quot;check out&quot; Shaz by extending out a few legs to test what was near. As he started to fully engage with Shaz, Wes was definitely near to ensure her safety at all times.

Octopi will engulf their prey as this one did with Shaz, and then if its regular food, inject crustaceans like crabs with paralyzing saliva then dismember them with their beaks. This guy definitely had Shaz in his grip, until Wes decided it was time to help release him and go back to his normal habitat.

This guy definitely had Shaz in his grip, until Wes decided it was time to help release him and go back to his normal habitat. Incredible!