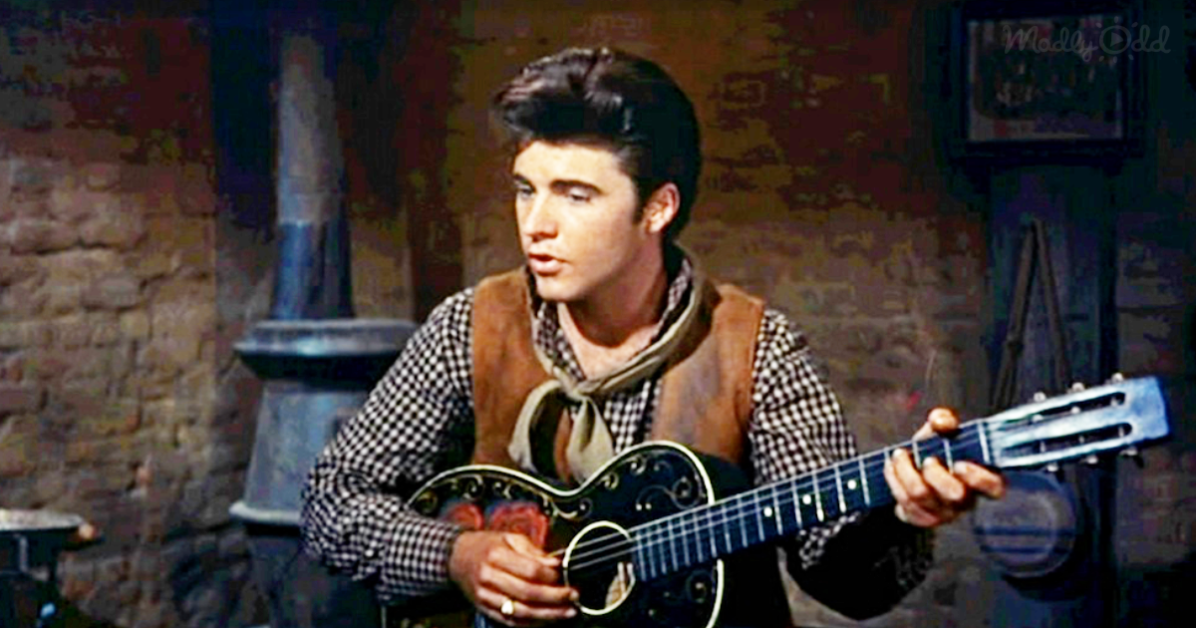 This retro clip from the western Rio Bravo features a very young Ricky Nelson singing a heartfelt cowboy tune that so sweet to the ears, even John Wayne can’t help but sing along.

“The sun is sinking in the west, the cattle go down to the stream, the redwing settles in the nest, it’s time for a cowboy to dream…” 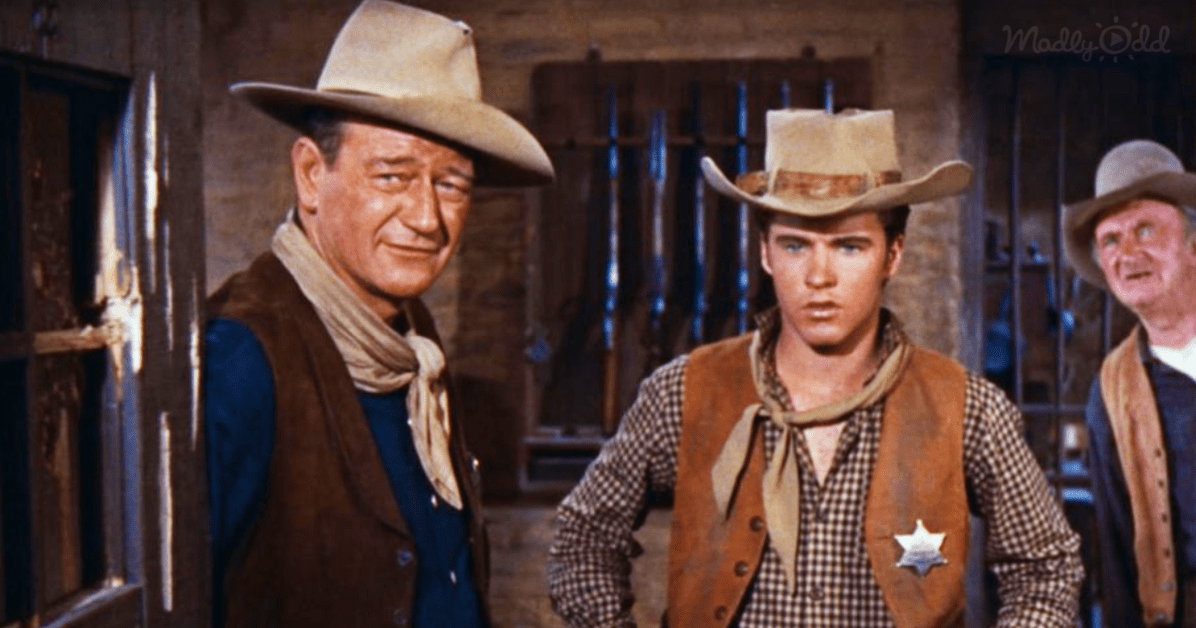 Throughout his career, John Wayne became famous for being one of the toughest and bravest characters on the silver screen. From soldier to cowboy, Wayne was a pro at maintaining a serious demeanor that made him one of the most memorable actors of his generation.

However, in this clip from the 1959 film, Rio Bravo, Wayne’s character shows a rare side as he joins Dean Martin and Ricky Nelson in song.

Although Wayne may not be the star of the scene, it’s nice to see him cracking a few smiles and enjoying a great song. Watch the video below to see John Wayne in this musical moment from Rio Bravo. 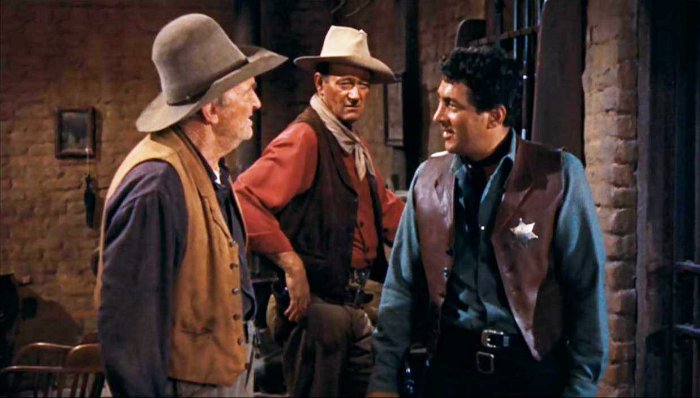 Written by Jules Furthman and Leigh Brackett, based on the short story “Rio Bravo” by B. H. McCampbell, the film is about the sheriff of the town of Rio Bravo, Texas, who arrests the brother of a powerful local rancher to help his drunken deputy/friend.

With the help of a cripple and a young gunfighter, they hold off the rancher’s gang. Rio Bravo was filmed on location at Old Tucson Studios outside Tucson, Arizona, in Technicolor. In 2014, Rio Bravo was deemed “culturally, historically, or aesthetically significant” by the Library of Congress and selected for preservation in the National Film Registry.

Now sit back, relax, and let a wave of nostalgia wash over you with this musical performance from our all-time favorite western, Rio Ravo.

If you liked this nostalgic performance from Rio Bravo, then share it with a friend.