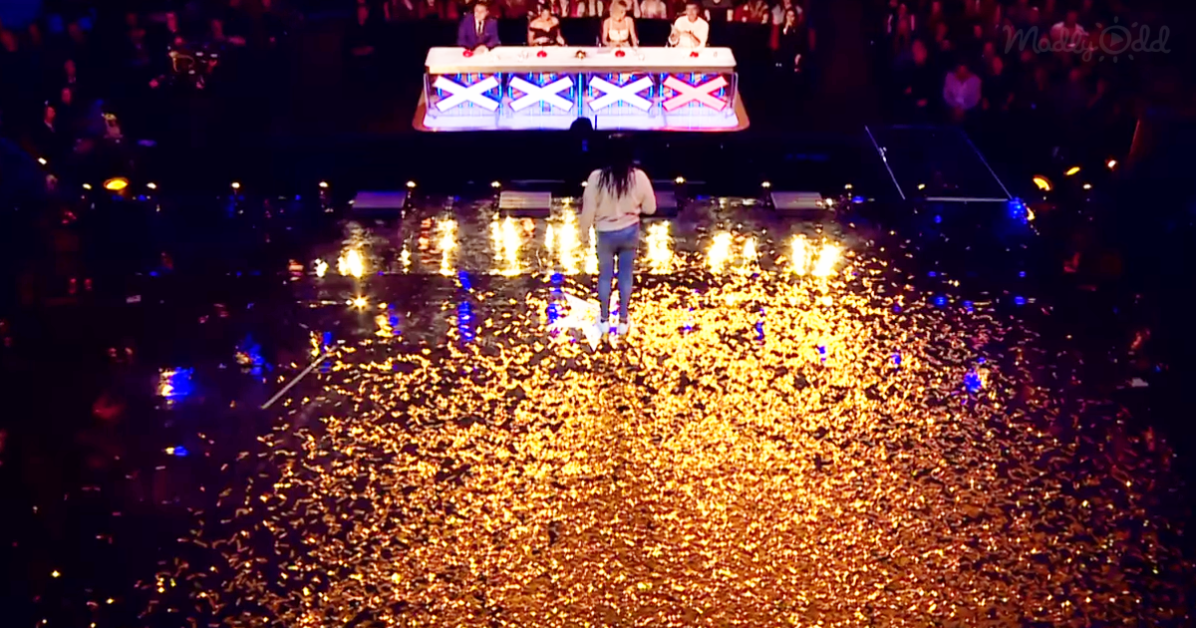 There are several songs that vocalists usually shy away from – ones that are larger than life or have already been performed by a music legend.  It’s hard to be compared to someone of that caliber, so some songs you just stay away from, especially in an audition.

Well, fifteen-year-old Sarah Ikumu thought she was up for the challenge on Britain’s Got Talent.  For her audition, Sarah decided to take on the song “And I Am Telling You” from Dreamgirls.  It is undeniably one of the hardest songs to sing, and judge Simon Cowell was sure to tell her that before she began. 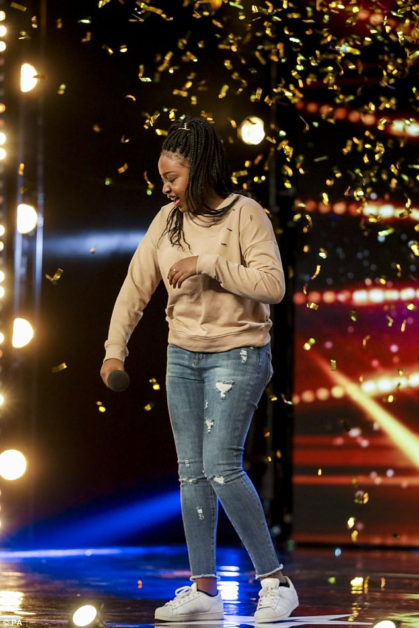 Despite Simon’s doubt in her, Sarah confidently stands center stage and begins.  Right away her strong, confident voice impresses the judges and crowd.  Her deep voice is mature beyond her years, and her stage presence matches it.  Sarah’s spunk and attitude get the crowd cheering as she belts out the song.  The entire audience, as well as all of the judges, were on their feet cheering before Sarah even finished her song.

Sarah beams from joy at all the attention and love she is getting from the audience.  She completely knocked the song out of the park.  In the middle of all the cheering and applause, Simon suddenly reaches over and slams his hand on the Golden Buzzer, sending her straight through.  The crowd go wild as golden glitter showers her from above, and her family rushes to be with her on stage.

Once the applause dies down a bit, Simon has some glowing praise for Sarah.  “Sarah, I’ve heard this song a lot, and it started off really well.  I thought ‘yeah, this girl’s great.’ And then, it’s like you became possessed halfway through.  It was quite incredible.  And for someone of your age to stand on this stage, with all the nerves and all the pressure, to absolutely not just nail the song…you made it your song.”

This positive feedback means so much to Sarah, since it is coming from judges of this caliber.  After she left the stage, Sarah told the camera, “It’s a dream come true.”  It’s exciting to see what great things Sarah is going to go on to accomplish with that powerful voice of hers.