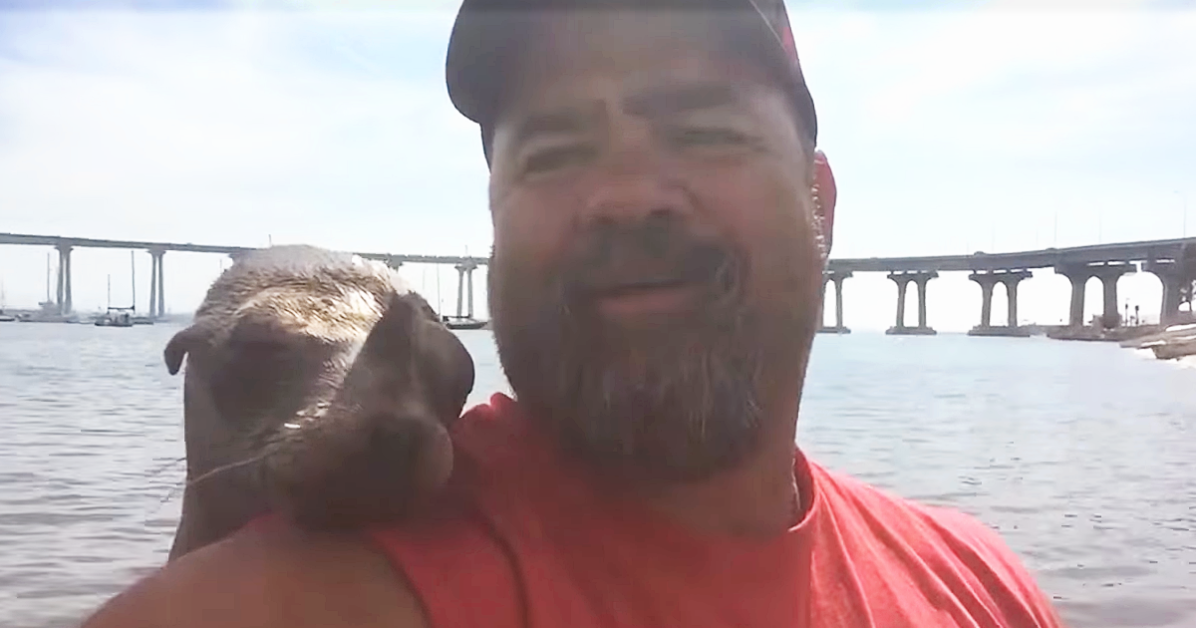 Seals are often considered the dogs of the ocean.  Along this line, there are many nicknames for seals: dog mermaids, doggos of the ocean, sea puppies, and dogs of the sea.  From their big, innocent eyes and whiskered snouts, to their love of playing and curious nature, there’s no denying that seals have a lot in common with man’s best friend.

There are thousands of videos of sea lion’s interacting with humans.  It’s not uncommon at all to find sea lion approaching humans in the water, nuzzling them for attention, loving belly rubs, nibbling on human fingers and toes, and doing somersaults. 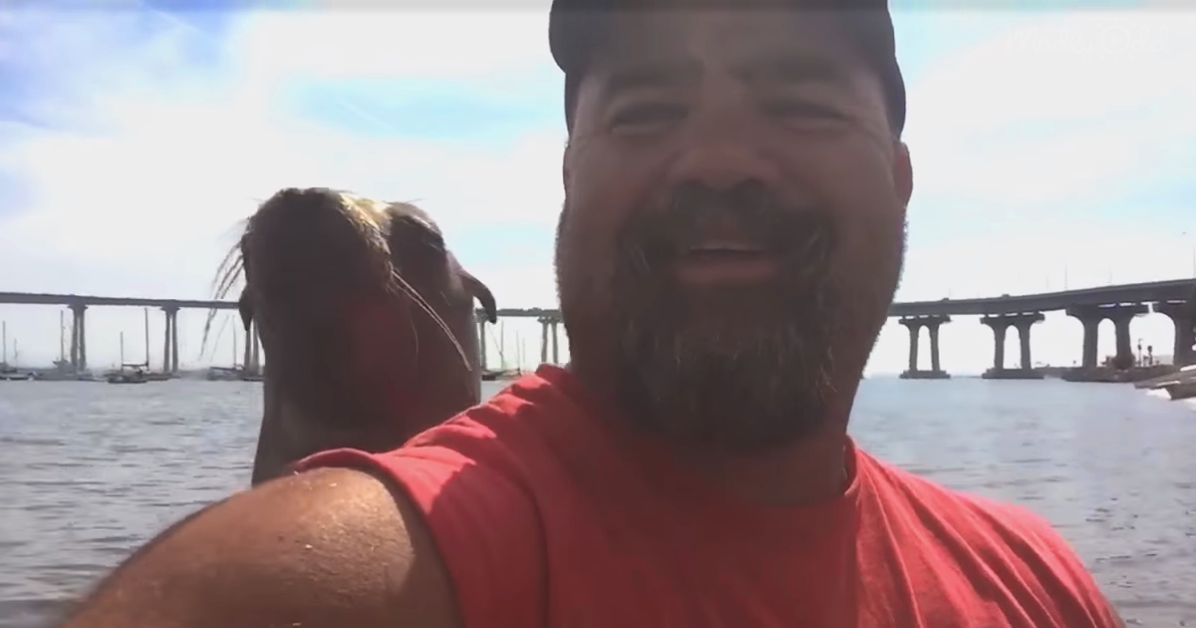 This video was captured when a man decided to take a boat out on the water for a ride. It was a great day out, and he just wanted to enjoy the weather.  As he started taking selfies with the beautiful water behind him, he was in for a shock and surprise.

One moment, he was all alone taking pictures; the next, something jumped out of the water and right into his boat!  Imagine how shocked and scared you would be.  However, the creature that jumped onto his boat had no intention of hurting him at all. In fact, it seemed that he wanted…snuggles?

The friendly, playful brown sea lion decided that it was the perfect time to join the random human.  Whether it was the flash of the camera that caught his attention or something else, he was definitely in the boat now.  The sea lion immediately snuggled right up against the man’s back and put his head on his shoulder.

The sea lion acted like he had known the man all his life and just chilled on the boat with him.  He cuddled up with the man and casually looked around at the scenery as they cruised on the water – like there was nothing odd about this scenario.  At one point, the sea lion even rested his head on the man’s shoulder and seemed to be lulled to sleep by the movement of the waves and the warm sunshine on his face.

Some people would have been shocked or terrified by a wild animal suddenly jumping out of the water and pressing up close to them, but this man just enjoyed the surprise company and found it comical. This is just another example of why seals are called dogs of the ocean.

Share this heartwarming story of friendship and keep the smiles going.